Who Are The Controllers? (1) 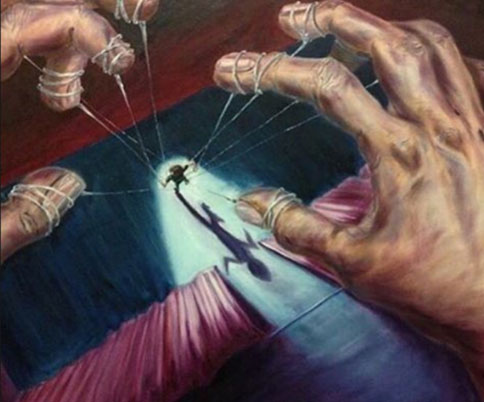 In the West, we’ve all been spoon fed the idea that we are free citizens of sovereign countries, where our democratically elected governments rule according to the peoples’ wishes. If that’s not achieved, it’s usually explained as being due to misfortunes such as crises, security threats or wars, or the stupidity of our governments. The few people that doubt these explanations, or even suspect hidden hands behind the occurrences of our time or the official narrative of our history, are easily dismissed as conspiracy nuts.

Our Rulers in Ancient Times

For sure, there were no hidden hands when humanity was in its pre-history predating our “real history” as seen by most. For about 200,000 years our ancestors lived in small nomadic communities, sharing the food obtained by hunting and gathering. Problems, plans and rules were settled in probably long discussions, where the opinions were usually harmonized until a consensus was reached. Our pre-historic world was ruled by highly sovereign people.

Things started to change about 10,000 years ago with the revolutionary innovations of crop and livestock farming. Many communities became sedentary and small villages grew bigger. The makers of tools, clothes, pottery or art had to barter with the people producing food. At some point, money such as shells or clay tablets came in as a handy substitute for bartering. Then silver and gold coins appeared, and inevitably, some people became poorer and others richer. Next, people with a surplus started to lend their money to people in need of it, at times as a favour, but usually against interest.

It was then discovered that even a small percentage of interest applied over a few years would quickly double a debt, e.g. 10% over seven years. Thus, the treacherous power of usury revealed itself, capable of destroying the fabric of any egalitarian society. The ancient knowledge of the wreckage caused by usury led to its prohibition in the three Abrahamic religions: Christianity, Islam and Judaism. Today, it’s still forbidden in Islam.

Through usury, the first bankers of Babylon became so wealthy and powerful that they controlled kings and priests. Commercial laws were drawn up that protected the elite and even gave them the right to treat conquered people as a commodity: Big Slavery, in multi-colour, became a key business. After the fall of Babylon, other empires like the Persian, the Phoenician and the Roman came and went. In all, the question “Who rules the world?” was easy to answer.

Fast Forward to the Middle Ages

In the Middle Ages, Europe was overtly ruled by a landed aristocracy that kept rural people in feudal serfdom, obliging them to deliver part of their harvest in exchange for protection. The dominating religion was Catholicism, which forbade usury. Yet, there was a high demand for money lending, and only Jews were permitted to do so (however, they were religiously forbidden to lend money to other Jews). They were among the few people skilled in writing and accounting, and through their networks large amounts of money could be lent to high-placed debtors. Lending was a very lucrative business, but also risky as guarantees were often feeble. Taxing of subordinates was commonly used to solve the problem. This unpopular task was often left to the lenders, and such tax-farming activities caused them to be hated by the people. After earlier expulsions elsewhere, the Inquisition threw the Jews out of Spain in 1492 and out of Portugal in 1496. Because of their capital and international networks, they were welcomed in Holland and Venice. 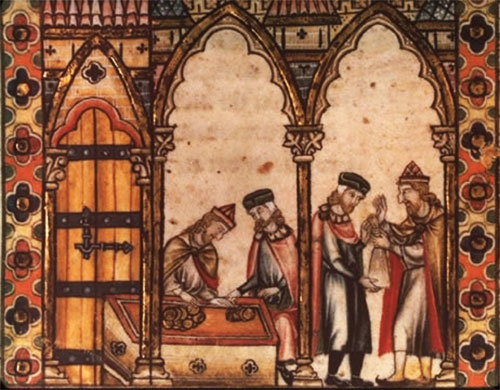 In the early 1600s, Holland was a rising star, while Venice – the richest, oldest and probably most perfidious European empire – was struggling to recover from an extermination attempt by the Cambrai league of European forces. Using a new shipping route around Africa, the Portuguese were taking over part of their lucrative Asia trade. Besides, Venice was not well located for business with the newly discovered and already booming (via stolen gold and silver) Americas. Hence, an endeavour was started to develop a new and larger empire, with safer and better located bases on the Atlantic coast in Holland and England. These Protestant lands were usury-friendly, and thus promising grounds for the development of a novel, less risky lending system. The participants were the ambitious Giovani faction of Venetian oligarchs (as empire specialists), rich Sephardic Jews expelled from Spain and Portugal (as financial specialists), and opportunistic Anglo-Dutch Protestant nobility and aristocracy (as puppets and profiteers).

The ground for this tripartite project had been prepared from the early 1500s when the Venetian oligarchy’s divide-and-rule policy supported the Protestant revolution in Northern Europe. Venice also aided the new Protestant Dutch Republic in its long struggle with Catholic Spain (1568–1648), and later had a heavy hand in the instigation of the disastrous 30-year war between European Protestants and Catholics (1618–48).

Venetian and Sephardic capital and knowledge was an important driver behind the British and Dutch East India companies (established around 1600), with Venetian banking experience transferred to the Dutch Venice as the Bank of Amsterdam (1609). Stock of these and other companies was traded at the Amsterdam and London stock exchanges. Amsterdam even offered call and put options, which led to the tremendous collapse of the Tulip bubble in 1637. With a little Sephardic-Venetian help, the tiny Dutch Republic was catapulted into global empire and its Golden Century. In the meantime, Britain was being prepared for its future role as a much greater and safer base. Both countries took over the Venetian trade in slaves, silver and gold bullion, and drugs, and were also active in piracy and the colonisation of faraway lands – yes, to spread Christianity, no moral dilemmas here!

Later, in the 17th century, Venetian-Sephardic sponsoring enabled the take-over of Britain by Oliver Cromwell. They also financially backed an expensive invasion army led by Dutch puppet William III of Orange that led to the overthrow of King James II of England, known to history as the 1688 Glorious Revolution. Six years later, the Bank of England was established as a private bank with a monopoly on the emission of money as interest-bearing debt. Very quickly, the war-eager William got the State highly indebted to the new bank. At the same time, tax laws were installed to guarantee repayment by the State and eliminate risk for the bankers. Of course, the State could have produced its own money without having to pay any interest or taxing its people, but that was clearly not part of the deal made by corrupt governors. The outcome was the heavy but hidden golden crown on the tripartite endeavour that had started almost two centuries before. The bankers were the new rulers of the world, but for the first time in history they were invisible to the people: hereafter, usury was extended covertly and gradually to all citizens, including to those without bank loans.

Aided by Dutch finance capital, Britain soon became the dominant world power, and the channel for widespread international usury systems, both overt and covert. The only exceptions were some Muslim countries (one more reason why they are being destroyed since 9/11). The great deceptive and controlling power of the money masters behind the scenes is best illustrated by the incredible fact that until very recently, almost nobody ever questioned this system: neither economists, governments or investigative journalists, nor political parties, not even die-hard socialists or Marxists!