Forgiveness is The Brake On The Wheel Of Karma 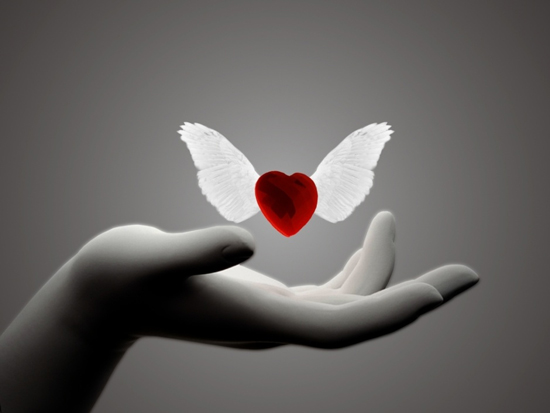 Perhaps there are some people you hold deep resentments against. There is a solution to being totally done with them. The solution is called forgiveness. Why is forgiveness so powerful? Because forgiveness is the brake on the wheel of KARMA.

Our understanding of KARMA is that which may be called inertia. Those actions which are put into motion will continue using the ways of balancing until such time as the controlling or higher principle which you may liken unto your braking or stopping is invoked. This stoppage of the inertia of action may be called forgiveness. These two concepts are inseparable.

The Law of One

KARMA sets most events in our lives in motion. You can liken it to the spinning of a wheel. Once the wheel starts spinning, it keeps spinning until effort is made to stop the action, such as stepping on the brake. Forgiveness is a stopping mechanism.

Many events that happen to you are the result of KARMA from your past or even from past lives. You may have found it difficult to forgive others and let go. Therefore, your anger may manifest into disease. You will encounter circumstances that generate the same feelings until the KARMA is stopped or entirely “burned”. If the lesson hasn’t been learned in this life, it will apply to future lives as well.

There is of course difficulty in forgiving, for example, the one who molested you when you were young or the ex-spouse who hurt you so much. You feel like a victim, and from a logical perspective your feelings are justified.

However, not being able to forgive feeds the KARMA and keeps the wheel spinning. You won’t be able to avoid the effects of the KARMA-ic influence. No matter how much you were hurt, forgiving others is a choice you can make right now. Forgiveness releases you from the KARMA-ic bond. You will no longer be held back by wrongs done to you by others. You break the KARMA-ic bond with the person with whom you previously held a grudge. You will stop the cause and be released from the adverse effects.

Here are four important points to help you facilitate the process of truly forgiving others and setting yourself free:

1. Forgiveness is Not Forgetting

You may think that forgiving others is to forget the past, but you cannot forget. You will not lose the memory of what happened, but the effect of the event will change. What you previously considered a wrong done to you now becomes a valuable lesson to progress you as an intelligent being. You will get unstuck.

3. Forgiving is Not Condescending to You

You may argue that to forgive others is to show your weakness. You may deem it as condescending to you, as though you are admitting mistakes you did not make in the first place. However, forgiving is not a walk of atonement with humiliation and embarrassment. It is not about who made mistakes and who didn’t. Forgiveness is about cutting the KARMA-ic cord. If you feel weak in the process, you haven’t achieved true forgiveness. In true forgiveness, instead of feeling weak, you feel powerful. Forgiving others gives you power because it releases you from adverse effects. Therefore, forgiving others is not condescending to you at all. Instead, forgiveness elevates you as a being.

4. Forgiving Others Has To Do Not With Them But With Yourself

Forgiving others does not mean you go to them in person and tell them you forgive them. Forgiveness is accomplished in your own mind and heart. It is all about you and has nothing to do with the other person with whom you hold a grudge. Perhaps the other person cannot forgive you either, because he is not ready to let go and forgive himself. Knowing this prevents the embarrassment of asking his permission to be forgiven. The forgiveness process has to do with you, and you alone.

It means progress has been made and your personal power regained. Therefore, no further lessons are necessary.
You see, forgiveness puts the brake on the wheel of KARMA. You are either finished with the person or you are open to beginning a new relationship until the suffering you accumulated in your grudge and resentments against him would be consumed.