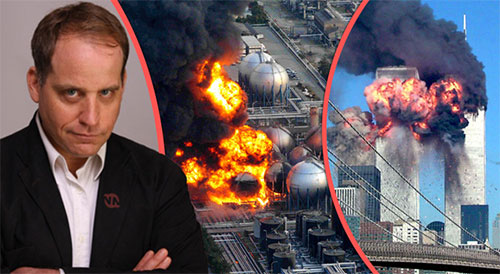 Few have put their lives on the line as journalist Benjamin Fulford has done. Going from the peak of his journalistic career, a massive salary and access to almost any door he wanted open, the former Asia-Pacific Bureau Chief of Forbes Magazine stepped away in disagreement of massive censoring and has since started reporting on geopolitical events that certain “elites” wish he would not. Blowing the whistle on a wide variety of topics, including 9/11 and Fukushima, Fulford has drawn the attention of many around the world and has even survived five assassination attempts.

The Mind Unleashed was fortunate to be able to interview Mr. Fulford.

Mind Unleashed:
What is your education and journalistic background?

Benjamin Fulford: My educational background is varied. I went to grade school in Mexico and Canada and studied in Spanish and English. My high school was in French. When I was 17 I went to the Amazon and studied under a Shipibo shaman on the banks of the Ucuyali River in Northern Peru.

My university education was Sophia University in Tokyo and the University of British Columbia in Vancouver, Canada. My degree is in Asian studies with a China area specialty. However, since I took about 10 years worth of undergraduate courses I think of myself as a generalist.

B.F.: Yes. Native or near native in English, Japanese, French and Spanish. Conversational ability in Mandarin and the various romance languages.

M.U.:
Being with such a well-known media company (Forbes),what caused you to leave your job?

B.F.: There were many reasons but mainly it had to do with censorship. When Citibank was kicked out of Japan because they were caught money laundering for crime gangs, Forbes would not run the story even though my sources were Finance Ministry officials speaking on the record.

The final straw was when they asked me to do a story about a computer virus software company. I went to the Philippines to visit their laboratories and while there I went to visit the creator of the “I love you” virus that caused billions of dollars worth of damage. He claimed the anti-virus company paid him to make the virus.

I thought I had a big scoop but my editors refused to run the story because they thought I was becoming “unreliable”. Then Mr. Nakagawa, the business manager in Japan, told me the real reason the story was cancelled was because the head of the anti-virus company paid Steve Forbes $500,000 to kill my story. That was the last straw for me.

However, it was a very scary thing to give up that regular fat monthly paycheck and the prestigious name card that opened so many doors. I can understand why many corporate journalists put up with censorship and control just so they can keep up their lifestyles.

M.U.:
You’ve stated that the Japanese royal family showed you evidence that 9/11 was an inside job and that this was sort of your big “wake up call”. Can you elaborate on that a bit?

B.F.: I was planning to publish a book exposing the corruption in Japan. The day after I sent the first two chapters to my agent I got a call from Kaoru Nakamaru, a cousin of Emperor Hirohito who told me “I know a lot about the dark side of Japan but I understand nothing about the dark side of the West.” We met and she asked me not to publish the book because that is not what I really wanted to do in my heart. Then she gave me a 9/11 video.

My thought at the time was “this is one of those anti-semitic conspiracy videos I read about in the New York Times.” I was thus reluctant to even look at it. However, when I did, it really opened my eyes and set me on a path of intensive research into the historical truth of false flags over the ages.

B.F.: Yes I did and it was a best seller in Japan. Here is the link.

M.U.:
You’ve also been very vocal about Fukushima being an intentional crime against humanity. Can you please elaborate on that? 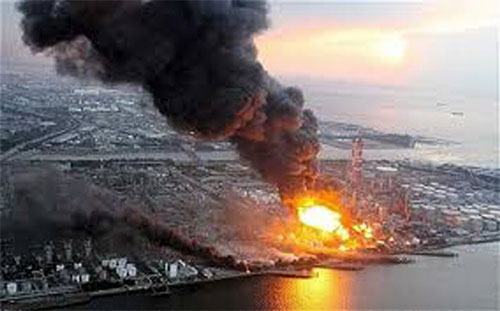 B.F.: First of all, the Japanese authorities were warned in advance of March 11, 2011 by an Australian government agent going by the code name Richard Sorge (now Alexander Romanov) that a 500 kiloton nuclear weapon stolen from the Russian submarine Kursk in 2000 had been smuggled into Japan for the purpose of onuclear terror against that country. Sorge also told me and I wrote about it.

Sorge was a drug smuggler into Japan for over 20 years and went to the authorities when a nuclear weapon was sent together with his usual drug shipment.
The bomb was first taken to former Prime Minister Yasuhiro Nakasone’s property in Hinodecho in Western Tokyo. It was then taken to the North Korean citizens association building.

Later, according to Takamasa Kawase of Japanese military intelligence, the bomb was taken aboard the deep sea drilling ship Chikyu.
Local news reports confirm the Chikyu was drilling deep into the seabed at the exact epicenters of the Fukushima earthquake prior to March 11, 2011 (or 3/11 as they call it in Japan).

After the Tsunami and nuclear attack on Japan, a Christian Pastor by the name of Paolo Izumi was approached by a member of the Japanese self defense forces who said he was part of a 15 member crew that dismantled the bomb into five smaller nuclear devices and that these were drilled into the seabed by the Chikyu prior to 3/11. He thought at the time he was participating in earthquake research.

After the terrorist attack, his colleagues were all murdered so he sought shelter from his Pastor. The person is now being protected under the witness protection program and is willing to testify in public about what happened.
There is a lot more to this so please do a news search to see my previous articles on the subject. (Benjamin asked that this book be read and shared by readers of this interview.)

M.U.:
So this is some sort of global elite that have helped to orchestrate 9/11 and Fukushima?

B.F.: The forensic trail of evidence led to Peter Hanz Kolvenbach, the former head of the Jesuits and the P2 Freemason lodge in Italy. These people are aiming for a fascist world government under their control.

M.U.:
You were the first journalist (to our knowledge) to publicly write about what is known as the global collateral accounts. Can you explain what these accounts are and some of their history, as well as their intended purpose?

B.F.: Again that would require a book on its own. The short version is that since Roman times the West sent gold and silver to Asia in exchange for silk, ceramics and spices. This meant that about 85% of the world’s precious metals ended up in Asia, mostly under the control of various Asian royal dynasties.

This gold was used to back up the Bretton Woods system. However, when the West broke its promises to have a Marshal plan for the whole world and only applied it to the G7 countries under their control, the gold was cut off.

The US thus ran out of gold in the early 1970’s which led to the Nixon shock when the US dollar was taken off the gold standard and put on the oil standard.
The petrodollar standard is now being replaced once again with a gold standard but the process is not complete and there is a continuing standoff between the West, who have the Euro, US Dollar and Yen printing presses and the Asians, who have the gold.

M.U.:
In August of 2011, you wrote about a meeting that took place off the coast of Monaco between a man named Neil Keenan and 57 financial representatives from various countries around the world. What was that meeting about and why was it so important?

B.F.: Basically an alliance was formed with backing from US military white hats to try to take control of the global financial system away from the elite Western bloodline families I refer to as the Khazarian mafia.

M.U.:
So essentially, there is a large international alliance that is opposing a one world order?

B.F.:
They are not opposed to a world united by friendship and the rule of law. They are opposed to a world fascist dictatorship controlled by Satan worshiping elite bloodlines.
The anti-Russian hysteria on the part of the Khazarians is due to the fact they were kicked out of Russia and Russia is now undergoing a big Christian revival. 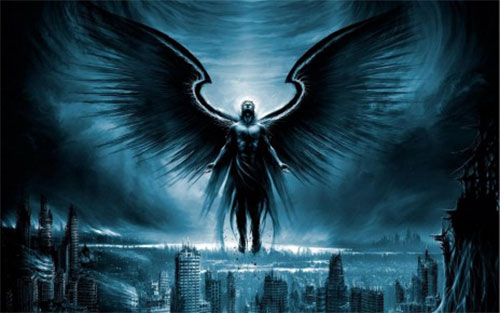 M.U.:
What are some sources that you receive your intelligence from?

B.F.: My sources are many and varied but include people in the P2 Freemason lodge, the FSB, the NSA, the Gnostic Illuminati, the CIA, US military intelligence, the various Japanese crime gangs, Asian secret societies, Japanese military intelligence, the North Koreans, etc.
I have been a reporter here for 30 years which means I have developed a comprehensive set of contacts.

M.U.:
So there are many people within the intelligence community around the world who are working quietly and are also part of this international alliance seeking to end the corruptive power systems of our world?

M.U.:
You’ve stated that you’ve had five attempts at your life. Clearly, “they” don’t like that you’re putting out such revealing information on a weekly basis.

B.F.: The five murder attempts include:
– being poisoned in Italy by Vincenzo Mazzara, a cavalier of the teutonic knights and a senior member of the P2 freemason lodge;
– an attempt to shoot me by Japanese gangsters in Sakhalin, Russia;
– multiple attempts to murder me in Osaka by Japanese gangsters paid to do so by Rothschild Agent Michael Greenberg;
– an attempted attack with a heart attack inducing electronic device on a subway in Tokyo;
– being stabbed with a poison needle by Mutsuaki Okubo, a North Korean agent.

M.U.:
Some people say that you’re disinformation agent because certain things have not come to pass that you’ve written about. However, many things have. Can you talk about some of those big events that have?

B.F.: When people accuse me of being a disinformation agent they are basically calling me a liar which is slander.
What has happened is that my sources have told me certain things are going to happen and they do not always happen as my sources told me they would. In such cases, I was quoting my sources and they were wrong. For example, senior CIA sources kept insisting to me that Joe Biden would be President, but it turned out to be Donald Trump.
However, some of my sources accurately predicted events like the Lehman Shock, the overthrow of the Muslim Brotherhood government in Egypt, the Fukushima nuclear terror attack on Japan, etc.

M.U.:
So essentially, good things are happening despite a lack of media attention on it?

B.F.: Good things are definitely happening and that is obvious for all to see. Only 6% of Americans trust the mainstream media which means MSM have killed themselves with their constant lies and cover ups.

B.F.: Yes, the process of creating and distributing money is the process of deciding what humanity does in the future. This process should be a transparently run public utility not a private monopoly in the hands of gangsters. We are fighting to free humanity from a horrific regime of Babylonian debt slavery and we are winning.

New crop circles around the world, reported this summer. What message do they bear?