GALT: The Best Kept Secret in the World That Could Free Humanity with Unlimited Free Energy (2) 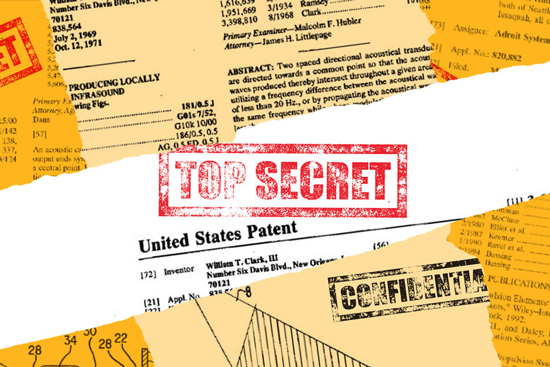 The article Invention Secrecy Hits Recent High provided a reference link to an earlier paper published on May 9, 2018, by Arvind Dilawar. It was titled The U.S. Government’s Secret Inventions (you can read it here). In the paper, Dilawar writes invention secrecy in the U.S. dates back to at least the 1930s, but it really took off in the 1940s, when the development of nuclear weapons was shrouded in classification. It became official policy in 1952 with the Invention Secrecy Act.

Further, we’ll discuss about a woman who experienced the outrage of Globalists suppressing and sabotaging American technology. She published an article about it which came out eighty-one years ago. The author’s name is Ayn Rand, the author of Atlas Shrugged (1957).

Twenty-one years earlier, after publishing We the Living in 1936, this brilliant female author felt inspired to write Anthem, a novella concerning socialists’ continual attacks on capitalism and technological innovation in their quest to plunge humanity into the next Dark Age. The thirty-two-year old author had to be very careful how she attempted to expose this revelation to the public. The author was disappointed when American editors refused to print her new novel (only twelve chapters in length). Anthem was eventually published in the United Kingdom in 1938.

Between 1938 and December 1945, did Dr. J. Robert Oppenheimer, director of the Manhattan Project, read the author’s book during his global travels? In late December 1945, this incredibly busy Oppenheimer suddenly reversed himself and agreed to a movie studio interview about the making of the atomic bomb with one condition. Oppenheimer wanted to be interviewed by the studio’s new screenwriter, Ayn Rand. What revelations found in Anthem might have led to Oppenheimer wishing to meet the author in January of 1946?

The original twelve-chapter Anthem is now freely accessible on the internet at links such as this one.
Anthem is a dystopian fiction novella which takes place at an unspecified future date when mankind has entered another Dark Age after a terrible world war. Technological advancement is now carefully planned and the concept of individuality has been eliminated. A young man known as “Equality 7-2521” rebels by doing secret scientific research on many lost technologies, including electricity. When his activity is discovered, he flees into the wilderness with the girl he loves. Together they plan to establish a new society based on rediscovered individualism and unrepressed technology.

Perhaps Oppenheimer identified with Equality 7-2521. Like Equality 7-2521, he wanted to bring Rand into his circle of confidants. If you are not familiar with Anthem, you will be intrigued by Episode 10 of the Anthem Graphic Video Series. It is drawn from Chapter 7 of the book. Episode 10 epitomizes (and now visualizes) the epic battle being waged between patriots (the Equality 7-2521 inventors) and the foreign Globalists who refuse to allow humanity to escape from the Dark Ages and ascend to enlightenment of the heavens.

Ripples over time from the Oppenheimer-Rand interviews: Just too many coincidences?

The Top Secret screenplay was indeed seized from her on March 16, two months after completing her second interview with Oppenheimer. The studio betrayed her for a lot of money. Rand was so furious she left the studio and began immediately refreshing Anthem. Rand got it published in the United States, in April, several weeks later. Anthem went on to eventually sell 3.5 million copies in the U.S.

After getting Anthem published, Rand began working on an epic next version of Anthem, eventually titled Atlas Shrugged. She would spend over eleven years on the manuscript. It would be published in 1957. One of the epic novel’s main characters is John Galt, the inventor of some amazing energy technology which can generate electricity at atmospheric pressure. The inventor of this technology happens to have the identical biography of the inventor of GALT chemical reactors, namely Alvin Weinberg. This is but a few of many remarkable coincidences which tie Atlas Shrugged to many of the major characters associated with the Manhattan Project.

There is also the matter of an illegal act Ayn Rand committed around the time of her screenplay Top Secret being seized out from under her despite all the studio initial verbal promises. What would not be discovered until 1996, fourteen years after Rand’s death, is that physicist/author David Harriman found the illegal second copy of Top Secret in a cardboard box inside Ayn Rand’s cluttered garage. The original screenplay would eventually be found in the Truman archives.

It appears Oppenheimer was the only key character who was “in the know” and could possibly warn Rand what was to happen in the foreseeable future. Back then, it took a lot of time to make a second, secret copy of a screenplay. This is but a taste of the intrigue around Oppenheimer and Rand back then.

Part III: Does America Finally Get Nikola Tesla’s Wireless Electricity after 100 Years or Have Globalists Modified and Weaponized another Promising Technology against the People?

Recently, in the alternative media articles and videos were published, claiming that “Tesla Technology Has Been Revived”.

It will take some time to determine if this is good news or not. Near the end of the twenty-two-minute video above, concerning the revived technology, we learn former military personnel are running much of the operations. Too many times in the past, military connections suggest Deep State control.

However, the producers of the film did an excellent job of promoting the promise of Tesla technology, but also in expressing a little apprehension concerning the military connection.

The video raised some questions around the death of Tesla and if the FBI was directly involved in the disappearance of much of his active research.

While the FBI might not have snatched Tesla’s papers, it appears they did escort President Trump’s uncle, Dr. John Trump, into Tesla’s apartment and storage facilities. Dr. John Trump was recognized as one of the top three U.S. government scientists, back in 1943. Vannevar Bush (no relation to the President Bush bloodline) was the top scientist in Washington D.C. and oversaw the work of both Dr. John Trump and Dr. J. Robert Oppenheimer.

It was, in fact, Vannevar Bush who personally assigned Dr. John Trump to be escorted by the FBI into Tesla’s apartment and storage facilities immediately after his sudden death. Under “national security” John Trump was to ransack through all Tesla’s papers and X-series technologies found in the dead scientist’s possession, and claim anything of value in behalf of the U.S. government (see more about this here). These Tesla’s X-series technologies was rumored to include: Anti-gravity, sonic death sound waves, time machines, free energy, etc.

Due to his ongoing involvement as the director of the Manhattan Project, Oppenheimer would have had the highest clearances necessary to review Tesla’s X-series technology. The U.S. government would have wanted Oppenheimer to determine if any of Tesla’s research might benefit the ongoing secret Atomic Bomb program.

Nikola Tesla died at age 87. Due to his age, his sudden death was listed as natural. However, there are documents suggesting he was murdered by suffocation. Former Hitler’s bodyguard, later CIA agent and Israel secret agent, Otto Skorzeny, confessed he murdered Tesla via suffocation (read more here) back in 1943 after interrogating him with an associate.

It is believed Oppenheimer’s two lengthy interviews with Ayn Rand, in January of 1946, not only reinforced her earlier writings in the novel Anthem but helped lay the ground work for her future novel, Atlas Shrugged. Oppenheimer would have explained how global elites had been successfully suppressing, sabotaging and stealing technologies from inventors since “the last great ice age”. If inventors’ technology threatens existing monopolies of the elite, the inventors were either bought off or murdered. Oppenheimer would have speculated Nikola Tesla was but another murdered inventor.

Tesla’s research and inventions counted in the hundreds. Tesla had unpublished papers in his possession concerning anti-gravity, sonic death ray, lasers, time travel, plus hundreds more. Elites would have Tesla written out of history within a generation or two after his death. Oppenheimer was likely bitter that future promising technologies would also be suppressed. This included the likes of GALT, GEET, hydrogen fuels, any technology which would presently threaten fossil fuel monopolies.

Five years later, in late September 1951, upon completing the first two thirds of Atlas Shrugged, Ayn Rand and her husband bought a new Cadillac and “began driving from California to New York City. Along the way, it was reported they stopped at Ouray, Colorado, which might have been the model for Galt’s Gulch”, according to Ayn Rand and the World She Made by Anne C. Heller. The author, Heller, also indicated she has strong reasons to believe Ayn made a stop to Nikola Tesla’s scientific laboratory which had stood on a mountaintop near Colorado Springs in the early 1900s.

This was another example for her novel of how it was possible for America to harness electricity from the atmosphere and transmitting it wirelessly through the earth to run motors on trains around the world.

Thanks to the Freedom of Information Act (FOIA) and President Trump being in office, the American public might go into shock over the next years, as more revelations are set to escape the Deep State.