Good Fats, Antioxidants, and Sunshine: A Recipe for Beating Alzheimer’s 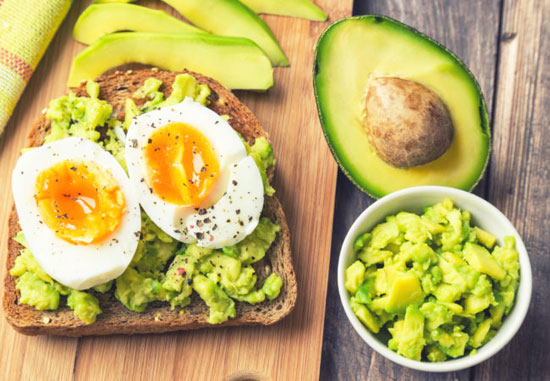 Two studies that were conducted at the French National Institute of Health and Medical Research (Inserm), Bordeaux Population Health (Bordeaux University) show that vitamin D deficiency can contribute to increasing the risk of developing Alzheimer’s disease, especially if the person also doesn’t have a storage of “good fats” and antioxidant carotenoids.

The studies led by Inserm researchers Catherine Feart and Cecilia Samieri involved around 10,000 people aged 65 and above who were in good health or at least not suffering from Alzheimer’s disease. The research began in 2000.
The study participants were seen by psychologists for 17 years wherein they underwent a battery of tests to determine if they succumbed to a form of dementia, including Alzheimer’s. Feart and Samieri used biobank samples of the study participants to look for particular nutrient concentrations: fatty acids, carotenoids, and vitamins A, D, and E.

Of the 10,000 study participants who were lacking in vitamin D levels, 177 developed a form of dementia, including 124 cases of Alzheimer’s, during 12 years of follow-up. The participants with vitamin D deficiency (25 percent) or insufficiency (60 percent) had twice as much risk of developing dementia and nearly thrice as much risk of acquiring Alzheimer’s disease, as compared with those who had sufficient vitamin D status.

For the second study, the researchers studied the blood concentrations of 22 lipid-soluble nutrients among 665 participants without dementia. The study concluded that people with the lowest combined blood carotenoid, polyunsaturated fatty acid (good fat), and vitamin D concentrations had four times as much risk of developing dementia including Alzheimer’s disease.

Scientists are saying that they have determined that a rare piece of deoxyribonucleic acid (DNA) might help shield against Alzheimer’s disease, providing new ways to fight against the memory-robbing mental disorder.

“There are currently no meaningful interventions for Alzheimer’s disease – no prevention, no modifying therapies, no cure. The discoveries we’re reporting in this manuscript provide a new target with a new mechanism that we believe has great potential to impact Alzheimer’s disease in the future” says Provo, Utah-based Brigham Young University professor John Kauwe in a University news release.

The findings are the offshoot of the analysis of the Utah Population Database, which stores 20 million genealogical and historical medical records. The researchers observed families with members who had the main genetic risk factor for Alzheimer’s – E4 Allele – but have not acquired the disease.

The researchers then looked for the DNA that these individuals shared with each other but not with relatives who had suffered from Alzheimer’s. It was then found that the people who had a resistance against Alzheimer’s shared a variant in the RAB10 gene, while those who have been afflicted with Alzheimer’s did not share this gene variant.

The Power of Millet – Three Ways