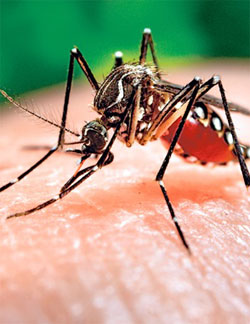 The adverse event-deniers who insist that vaccines are 100 percent safe and never cause any problems in children clearly missed a little-known 1991 study published by the United States Government. This paper reveals a clear link between the popular Tdap vaccine for tetanus, diphtheria, and pertussis (whooping cough) and microcephaly, a neurological birth defect that in recent years authorities have been erroneously blaming on the Zika virus.

The National Center for Biotechnology Information (NCBI) offered up clear evidence at the time showing that the combination jab can cause not only brain damage in young children, but also heart problems, meningitis and epilepsy. Epidemiological evidence from human case studies showed that within weeks or even days of getting the Tdap shot, children developed infantile spasms and other common symptoms of microcephaly directly related to the vaccine.

Earlier research cited in this same government report from 1987 pinpoint what scientists described as infantile spasms immediately following pertussis immunization. Six children evaluated as part of this earlier research all developed seizures and other problems in conjunction with getting the pertussis vaccination, which the authors described as being caused by one of the following:

Each of these effects is directly related to the vaccine itself, illustrating an abysmal safety record that isn’t all puppies and roses as popular opinion often dictates. Numerous studies published between the 1950s and the 1970s also cited in the government report demonstrate clear cause-and-effect damage resulting from both the pertussis and Tdap vaccines, with only a very small percentage of cases of damage possibly resulting from prenatal factors.

“Among symptomatic cases, presumed causes are frequently grouped according to the timing of the suspected insult as occurring pre-, peri-, or postnatally,” the study explains. “Prenatal factors are thought to account for 20 to 30 percent of cases. This category includes cerebral anomalies, chromosomal disorders, neurocutaneous syndromes such as tuberous sclerosis, inherited metabolic disorders, intrauterine infections, family history of seizures, and microcephaly.”

Are microcephaly outbreaks caused by Zika as the media claims, or by vaccines and other sources of chemical exposure? 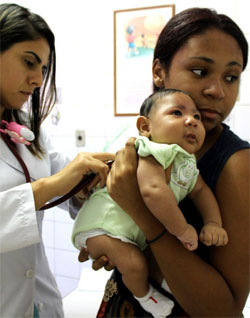 This thorough review of vaccine safety by the U.S. government isn’t some conspiracy theory; it’s a repository of evidence compiled from all the available evidence at the time as to post-vaccine outcomes of children, and the results were disastrous. Many children appear to suffer major neurological abnormalities following vaccination with pertussis and/or DTaP, but you’d be hard-pressed to hear a peep about this today from the likes of the U.S. Centers for Disease Control and Prevention (CDC).

The paper is even so bold as to proclaim that the various case reports of children who develop infantile seizures following vaccination for pertussis specifically “prompt concern” as to the vaccine’s safety. The many case reports, case series, and controlled observational epidemiological studies summarized in the paper all point to a direct relationship between the DTaP vaccine and infantile seizures.

Interestingly enough, the microcephalic impact of both the DTaP and pertussis vaccines is far more evident than with the Zika virus, which the media has been going nuts over as the cause of various observed microcephaly outbreaks in the past year.

DTaP is a vaccine given to children younger than age 7 to develop immunity to three deadly diseases caused by bacteria: diphtheria, tetanus, and whooping cough (pertussis). Tdap is a booster immunization given at age 11 that it’s supposed to offer continued protection from those diseases for adolescents and adults.