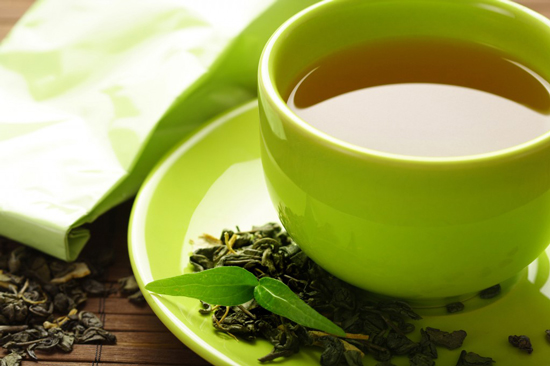 It’s time to go green – and spread all that loving goodness on your skin. A new study conducted by the University of Manchester found that cream infused with green tea extract significantly reduced the appearance and thickness of newly formed scars. The topical agent, which contained the tea compound epigallocatechin gallate (EGCG), was already shown to be effective for old, keloid scars. This new study suggests that a cream infused with EGCG can be used to treat recent injuries. These results, while still in their initial stages, could have profound implications with how medical treatment and management plans are designed.

Scars are formed when the skin is injured and there is an overproduction of collagen which forms scar tissues. As these tissues heal, they release histamin which causes the injured area to become red and itchy. Most everyone knows not to scratch the inflamed area, as further damage to the area can deepen the scar. However, researchers of this study indicated that EGCG disrupted the skin’s natural response, effectively soothing the area and making the scar appear less red and thick and making the area less itchy.

This small study is just one of the numerous studies which prove the health benefits of green tea – especially its efficacy in skin cell rejuvenation. A 2003 study by the Medical College of Georgia found that polyphenols found in green tea eliminated free radicals in the body while safeguarding healthy cells. The most abundant polyphenol in green tea – the same EGCG mentioned earlier – was noted to reactivate dying cells. Dr. Stephen Hsu, the lead author of this study wrote that “cells that migrate toward the surface of the skin normally live about 28 days, and by day 20, they basically sit on the upper layer of the skin getting ready to die. But EGCG reactivates them. I was so surprised.”

Dr. Hsu and his team also noted that EGCG somehow manipulated basic cell behavior, so that instead of cells dying normally, they reverted back to the dividing stage. Somehow – their team was unable to establish the exact mechanisms involved – EGCG reacted with cell DNA to make them produce more energy. The most obvious result of this interaction is an improved skin condition. This not only has aesthetic value, but practical purposes as well. Dr. Hsu reasoned that if skin healed faster, the injured area would be less at risk of getting infected.

“If skin cells surrounding wounds or infections don’t heal in time, fibroblasts in the connective tissue may rush in to fill the void and cause scar tissue formation,” Dr. Hsu said. “If we can spur the skin cells to differentiate and proliferate, we can potentially accelerate the wound-healing process and prevent scarring.”

Likewise, another study in 2013, published in the International Journal of Surgery concluded that green tea extract dramatically improved the healing process of surgical wounds in rats. Green tea extract was compared to other plant-based derivatives such as grape seed, lemon, rosemary, and jojoba. While all of these extracts improved wound healing, green tea extract, with its high concentrations of EGCG, proved to be the most effective.

Green tea extract is not limited to severe skin lesions, however. The alternative treatment can be used to reduce the appearance of pimples, nodules, and cysts found in body. Dermatologists are now recommending EGCG-infused products to their patients to reduce the swelling and scarring of acne. Accordingly, these natural treatments are more easily accepted by the body, producing fewer side effects. For the best results, medical professionals recommend both ingesting the compound and topically applying a green tea-infused cream to the affected area.