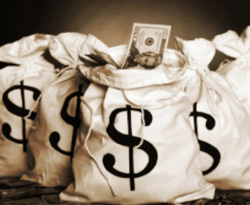 One distinct area where Big Pharma reigns supreme is in the military, where any soldier can be force-vaccinated before being sent into battle. A gleaming example of this was the Gulf War back in 1990, where soldiers were prepped to fight chemical warfare by being injected with nearly every toxin Big Pharma could conjure up, then later sent home to be prescribed psych drugs for PTSD (Post Traumatic Stress Disorder).

Is the majority of PTSD caused by the toxins injected into these soldiers? Ask any veteran, and they’ll tell you they were injected with at least a handful of these dangerous, untested vaccines, if not all of them: anthrax, cholera, typhoid, bubonic plague, yellow fever, meningitis, Hepatitis A and Hepatitis B.

Soldiers from the UK may have also been jacked up with the MMR, Pluserix and Pertussis vaccines. Some Americans were even given pills that contained biological and chemical warfare toxins, because doctors and scientists wildly claimed that if soldiers were given a little bit of these poisons they would be better able to withstand a larger onslaught of them. Sure, and if that’s the case, then a little mustard gas, rattlesnake venom and Fukushima cesium 137 would help too. This is not homeopathy, folks; it’s pre-torture, and there were and still are severe health repercussions to these wild experiments.

Pharma’s injections and toxic pills, the worst torture of war for troops 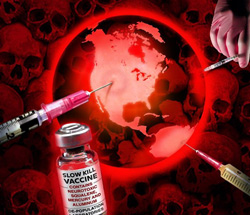 Tens of thousands of U.S. military personnel who served in the Gulf War, Iraq War and in Afghanistan are now mentally and physically incapacitated by “mysterious” causes. Every single case is called PTSD, but the majority of the stress is from the brain and central nervous system being poisoned by known neurotoxins and carcinogens purposely injected and prescribed to soldiers, male and female, who had absolutely no choice in the matter. This is completely unethical, unsafe and scientifically barbaric. Then, when the military get “back home” and are in dire need of “medical” help, it nearly always comes in the form of psychotropic drugs that cause more side effects and more horrific health conditions, often leading to feelings of suicide and suicide itself. The easy scapegoat for the government and Big Pharma? PTSD.

As the health of tens of thousands of military personnel deteriorates, those who consult naturopathic physicians and other nutritional experts will have a better chance of recovery and a normal life. The detoxification of heavy metal toxins, formaldehyde, virus combinations, genetically modified bacteria and all of the other carcinogens that are common formulations for immunizations and pharmaceuticals are of prime importance for health recovery. Some pharmaceuticals – about one third – are laced with fluoride that assists the drugs in permeating membranes and cells, and in crossing the blood-brain barrier.

Any debilitating illnesses and side effects caused by this are all chalked up to… you guessed it… PTSD. Got cancer? It’s PTSD. Depressed and stressed to the max? PTSD. Got anxiety, rashes, irritable bowels, non-functional limbs, lack of libido, loss of memory? It’s PTSD, or so “they” would have you believe. Sure, the shock of combat and casualties witnessed is a horror story in itself, but what human needs to be shot up with massive amounts of neurotoxins and then told all their health problems are rooted in their own mental distress?

Did you know that most of the ailments suffered by the American military are not suffered by the military vets from other countries? Why is that? Are American soldiers involved in human experimentation and intentional chemical warfare exposures conducted by the DoD (Department of Defense) without their consent? You bet they are. 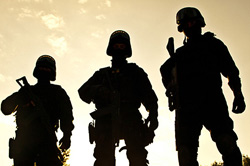 U.S. soldiers, whether Army, Navy, Air Force or Marines, are the perfect experimental targets for Big Pharma and the vaccine regime because they have “sworn in” and have absolutely no say and no recourse for denying medications. In the military, you do exactly what you’re told to do, and that includes eating what they put in front of you (GMO, processed junk food); drinking what is provided (diet soda and fluoridated water); and taking any vaccines and drugs they tell you to take for your own protection (and for Big Pharma’s inhumane experimentation). Ruthless pharma thugs like Donald Rumsfeld make billions off the mentally and physically sick military returning from wars with PTSD. Shockingly, most military personnel received 20 to 30 vaccines within a three days period prior to being deployed for the first Gulf War!

In fact, in 1990, the Department of Defense went so far as to claim that they had the authority to use unapproved FDA “regulated products” on soldiers during the Persian Gulf War. Certain experimental botulism vaccines were administered without even informing the soldiers of the risks. Also, an interview with a Gulf War veteran reveals soldiers were given pills containing biological toxins so they would be able to “better tolerate” chemical weapons they might encounter while deployed overseas. Thousands of soldiers given the mandatory anthrax vaccination are still ill or have died. That vaccine was not approved by the FDA, and any refusal by a soldier to take the shot resulted in dishonorable discharge, fines and even imprisonment. Thanks to President Clinton’s executive order 13139, the DoD was allowed to experiment on soldiers without signed consent or even knowledge thereof. Talk about forced medication. How do you like “them apples”?