In stark contrast to recent revelations regarding vast and blatant violations of privacy rights by Yahoo on behalf of the United States government, it was announced the same day that encrypted chat app Signal had won a year-long fight against the Feds over a federal subpoena demanding logs concerning two of the app’s users.

The American Civil Liberties Union (ACLU) stated:
“In far too many cases across the country, the government appears to have reversed the presumption that the First Amendment establishes, opting to keep secret information about its demands for private data where transparency is required and would serve the public good. Today − after getting the government to back down on one of these recent secrecy overreaches − the ACLU and our client, Open Whisper Systems (OWS), are publishing a series of documents that help illuminate just how much the exception has become the rule in American courtrooms and law enforcement. Indeed, that they are public at all is remarkable by itself.” 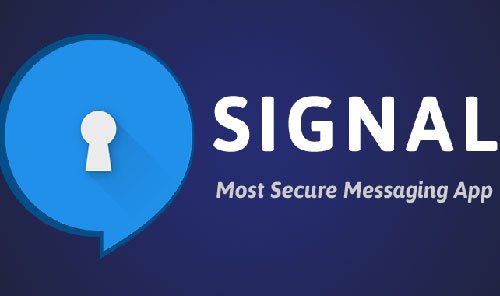 The case began when Open Whisper Systems (OWS), creator of the Signal app, received a subpoena issued by the government for an ongoing federal grand jury proceeding in the Eastern District of Virginia. The subpoena demanded Signal hand over all account information connected to the two phone numbers being targeted by Feds. This included the subscriber’s name, addresses, telephone numbers, email addresses, IP registration, IP history logs and addresses, account history, toll records, any associated accounts acquired through cookie data and any other contact information.
Open Whisper Systems complied and handed over all the information it had kept: the dates and times for when the account was created and when it last connected to Signal’s servers. That’s it.

OWS doesn’t amass client data, unlike Yahoo and other companies do, which allowed them to comply with the federal subpoena without handing over mass amounts of customer data. With the help of the ACLU, Open Whisper Systems went on to fight a gag order that was issued along with the subpoena, which demanded “complete silence as to the kinds of data sought, the fact of the company’s compliance, and more”.

The federal government ultimately relented and the gag was lifted, allowing the ACLU and OWS to publish the documents so “customers and the broader public can see for themselves just how wildly overbroad the government’s gag order was from the jump.”

This case is extremely important, as pointed out by the ACLU:
“Electronic communications providers like Signal have dual roles as custodians of Americans’ private data and as necessary actors in the execution of government surveillance requests. As today’s release makes clear, those providers have a critical role to play and an indispensable perspective to share with the public about government surveillance practices – and their fight for transparency is the ACLU’s as well.”

It’s also important to note the Signal app is endorsed by world-renowned encryption and technology experts including Edward Snowden.