Imagine agreeing to have your child vaccinated as part of the typical pediatric process, only to have your little one suddenly come down with a mystery disease following the shots, for which you get falsely accused of child abuse. This is increasingly the case with “mystery” conditions like Kawasaki disease, Reye’s syndrome, sudden infant death syndrome (SIDS) and various other related afflictions that a prominent doctor recently exposed as being misdiagnoses of vaccine-induced tissue damage.

Dr. Michael Innis, a retired hematologist from Princess Alexandra Hospital in Brisbane, Australia, recently published a paper in the journal Clinical Medicine Research that addresses this general phenomenon of tissue scurvy, a vaccine-induced autoimmune disorder that inhibits the body from properly metabolizing vitamin C. Because of a lack of insulin, vitamin C is prevented from passing out of the bloodstream and into the cells where it is needed, resulting in a host of symptoms that mainstream medicine has erroneously classified as “non-accidental injury” or child abuse. 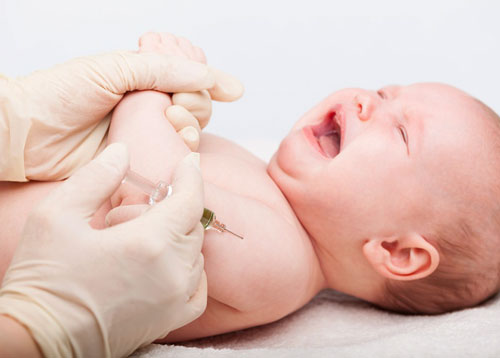 This alleged child abuse takes many forms, including as the aforementioned diseases which have sent many a parent to prison. But Dr. Innis’ paper reveals that each one of these disorders has a common link which cannot be attributed to physical trauma. To the contrary, hyperglycemia, or a lack of insulin resulting from antigenic stress caused by vaccines, is the common denominator in all of these diseases, and the one that serves as the smoking gun in vindicating falsely accused parents of crimes they did not actually commit.

“All have one feature in common – hyperglycemia, the signature of insulin deficiency resulting from vaccines, and other forms of antigenic stress which damage the beta cells of the islets of Langerhans resulting in hypoinsulinemia and tissue scurvy.”

Dr. Innis’ observations are groundbreaking in that they expose the deeply embedded corruption within the vaccine industry. This is further evidenced by the fact that vaccine-induced tissue scurvy was discovered at least as far back as 1962, when a doctor by the name of Archie Kalokerinos first identified its presence in Australian Aborigine children.

After observing an extremely high death rate among children recently vaccinated, Dr. Kalokerinos, being an honest and inquisitive physician, decided to investigate the situation further. He discovered not only that vaccines were the culprit but that administering high doses of vitamin C either intramuscularly or intravenously helped reverse the symptoms.

“I observed that many infants, after they received routine vaccines like tetanus, diphtheria, polio, whooping cough or whatever, became ill” he explained in the June 1995 issue of the International Vaccine Newsletter, as excerpted in a recent piece by VacTruth.com’s Christina England. “With some of these reactions which normally resulted in death, I found that I could reverse them by giving large amounts of vitamin C intramuscularly or intravenously.”

Eager to share his discovery with public health officials in the interest of saving children’s lives, Dr. Kalokerinos alerted the government about vaccine-induced tissue scurvy and its apparent remedy, high-dose vitamin C. But rather than welcome this information, the government actually attacked Dr. Kalokerinos, showing its true colors as what he suggests is a purveyor of death and disease rather than health and life.

“After studying more than 50 SBS cases, I have yet to find one where a detailed analysis of the complete individual or family history, or a proper evaluation of all the necessary coagulation/bleeding factors was undertaken” he stated during a later interview, noting that the same government policy of ignoring both the cause and the remedy of tissue scurvy is still the norm. “Often, a diagnosis of trauma due to shaking is made at an early stage and any further investigation is considered unnecessary.”