Here’s what dogs see when they watch television 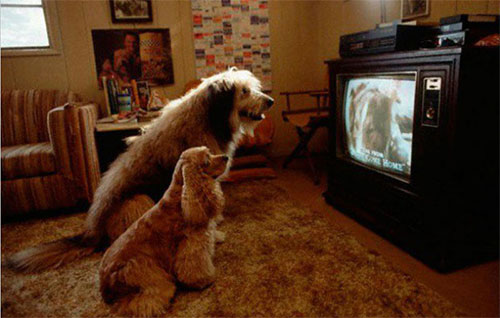 Dog owners often notice their pets watching televisions, computer screens and tablets. But what is going on in their pooch’s head? Indeed, by tracking their vision using similar methods used on humans, research has found that domestic dogs do prefer certain images and videos.

This research indicates that dogs have a preference towards watching other canines – but studies have also discovered that sound often initially attracts dogs towards television and other devices. Favored sounds include dogs barking and whining, people giving dog-friendly commands and praise, and the noise of toys squeaking.

How dogs watch TV is very different to the way humans do, however. Instead of sitting still, dogs will often approach the screen to get a closer look, and walk repeatedly between their owner and the television. They are essentially fidgety, interactive viewers. 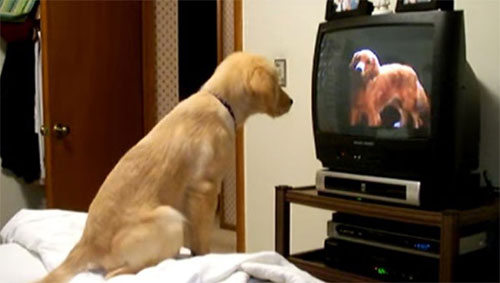 What dogs can see on the screen is also different to humans. Dogs have dichromatic vision – they have two types of color receptor cells and see color within two spectrums of light: blue and yellow. The use of color within media is very important for dogs and explains why canine TV channel, DogTV prioritizes these colors in its programming. Dogs’ eyes are also more sensitive to movement and vets suspect that the improved flicker rate that has come from the shift from standard to high definition television has allowed dogs to better perceive media shown on TV. 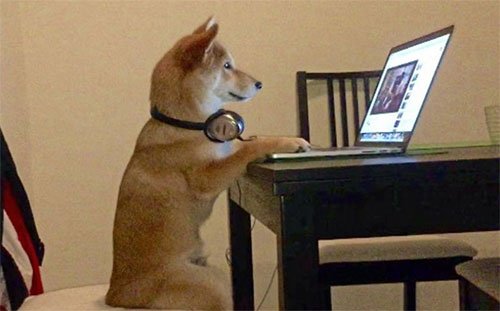 But do they enjoy it?
Multiple screens have also been used in research to see whether dogs can pick what to watch. Early research has shown that when presented with three screens, dogs are unable to decide, instead preferring to watch one screen no matter what is on it. This has still to be tested with two screens, and possibly more than three.

While science has shown that dogs can engage with television and that they prefer certain programs, it has yet to delve into the complex question of whether they actually enjoy it. We as humans will often watch distressing footage or videos that make us feel a range of emotions, from distress to anger and horror. It’s not always because it makes us feel good. We just don’t know whether similar factors motivate dogs to watch. 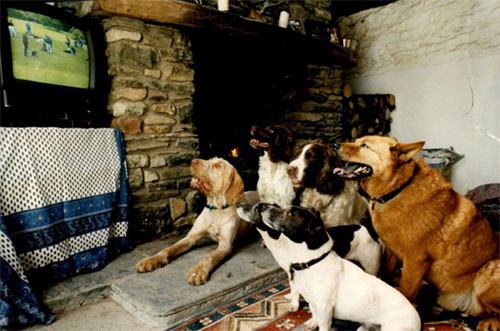 What a dog does engage with, however, differs from dog to dog, depending on their personality, experience and preference. This is speculated to be influenced by what their owner watches, with dogs following their human’s gaze and other communication signals, such as gestures and head turns.

Dogs, unlike humans, will also often have very short interactions, often under three seconds, with the media, preferring to glance at the TV rather than focus on it like humans. Research has found that even with media specifically designed for dogs, they will still spend the majority of their time watching nothing at all. The ideal television for dogs, therefore, should contain lots of snippets rather than long storytelling scenarios. 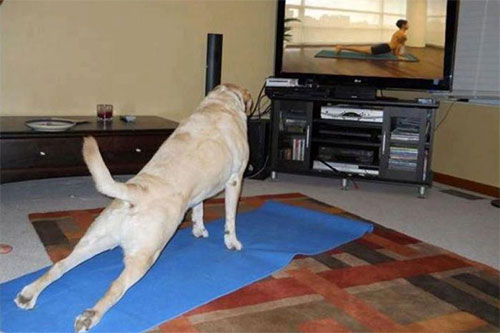 But while dogs have their own TV channel, and have been shown to prefer to watch other dogs through short interactions with specially colored programs, many mysteries remain. Nevertheless, technology has the potential to provide entertainment for domestic canines, improving the welfare of dogs left home alone and in kennels. Just don’t expect a doggie version of the Radio Times just yet. 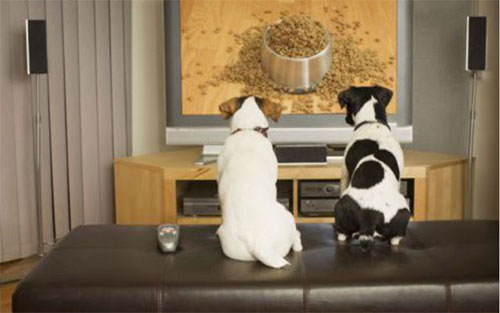