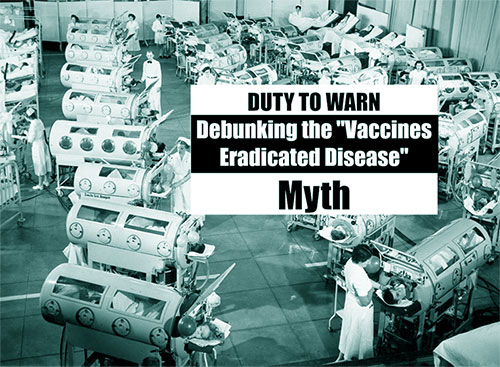 Over the 40 plus years that I was a family practitioner and teacher (the English word “doctor” derives from the Latin verb docere [do-ke-re] which means “to teach”), I have tried to fulfill what I have regarded as my solemn professional duty to warn my patients (and anybody else who would listen) about the multitude of deceptions and myths that all-too-often come from for-profit sociopathic pharmaceutical corporations (and their hangers-on).

Those pesky entities never seem to give up trying to get patients (and us doctors as well) to desperately want to have the next blockbuster drug or vaccine, no matter what the fine print warnings say. Sadly, those always toxic synthetic substances invariably enriches the corporation more than it helps the duped patient.

Most of the time I was able to take the time to resist the temptation to blindly prescribe whatever treatment my patient saw on TV the night before, but it did take time. As I have often proclaimed in this column, it only takes two minutes to write a prescription, whereas it takes 20 minutes to not write one (a bunch of teaching and some arguing is required). But when time is money and medicine is a for-profit venture, one can predict what the average clinic administrator (and too many physicians) will choose to do. And therein lies one of the biggest problems in the for-profit medical (non-)system in America.

Being a physician, I had a certain amount of power to influence my patients to view with suspicion the latest fad drug. But more often than I care to admit, I found that I had also been the victim of deceptions and myths that my friendly – and very cunning – pharmaceutical salesperson wanted me to believe.

One of the most serious myths that I had to unlearn over the decades was the one that my academic (as opposed to clinical) medical professors had taught me about the “fact” that vaccines were entirely safe and entirely effective and were the reasons that measles, mumps, chickenpox and polio had virtually disappeared.

It was only after I had personally heard the many stories from the parents of vaccine-damaged children that I found the time to search the literature and find out more about the dangers and relative ineffectiveness of the vaccines that I once had prescribed. I never was led to believe that there was any reason for skepticism.

In retrospect, I regard myself as being fortunate that I had already stopped seeing pediatric patients prior to the era when the various Big Pharma and Big Vaccine corporations (and their lapdog lobbying and trade organizations like the AMA, the AAFP and the AAP) were pushing dozens of new vaccines onto an unsuspecting public.

I was no different than most other healthcare givers in America in being relatively unaware of the dangers behind the escalating numbers of untested-for-safety inoculations that most family docs and pediatricians routinely prescribed for healthy (and even unhealthy!) kids.

It wasn’t until the autism epidemic graph was found to be rising in parallel with the vaccine epidemic graph that I understood the obvious correlation between the two phenomena. There was no better answer to the question that the medical profession and Big Pharma consistently glossed over, tried to ignore and then irrationally tried to obfuscate: “what could be causing the astonishing and very sudden rise in the appearance of autism spectrum disordered kids?” 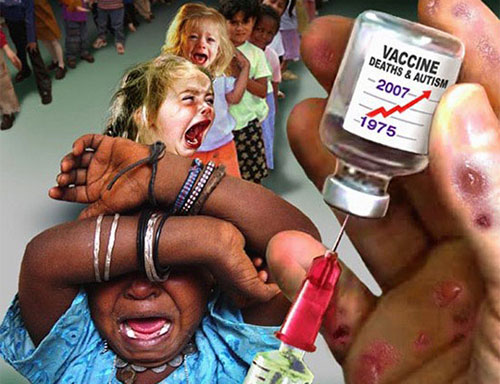 Here is the obvious answer to that question: It was the rapidly increasing numbers and combinations of known-to-be neurotoxic vaccines (as many as nine antigens at one sitting into two, four and six month well-babies!) that were being aggressively formulated, manufactured, aggressively marketed and then cavalierly injected into innocent babies, starting with the Reagan administration’s passage of a law that made it illegal for parents to sue vaccine companies or doctors when their little children suffered vaccine-related deaths or injuries from the combinations of vaccines that had never been tested for safety or even long-term effectiveness.

What made the connections between the shots and the resultant brain damage and autoimmunity so obvious was the fact that those intramuscularly injected vaccines contained either 1) live viruses, some of which were known by the manufacturers (but not by the pediatricians or parents) to be capable of causing encephalitis (and therefore permanent brain damage), 2) mercury (thimerosal) which is known to cause the death of any cell it comes in contact with, especially liver, brain and nerve cells, and/or 3) aluminum which is known to cause brain damage, hyper-immunity and thus autoimmune disorders (which is now causing the American epidemic of childhood autoimmune disorders, an entirely new phenomenon that has no other logical explanation. Hereditary or genetics has nothing to do with either phenomenon.

Neither my drug reps nor my professors ever bothered to tell me what ingredients were in the baby shots. They maybe didn’t know themselves. They certainly didn’t tell me that there were intentionally-added metallic neurotoxins in the shots. They never informed me that the carcinogen formaldehyde was in many of the shots. They never informed me that a cancer-causing monkey virus (SV 40 – simian virus 40) was in one of the early Salk polio vaccines – still causing malignancies decades later!

They never told me that the mercury and aluminum in the shots were accumulative (and synergistic!) nor that both metals could easily get into the brain and damage our mitochondria and cause brain toxicity, epilepsy, learning disorders, inattention, early deaths – and autism.

At any rate, in my wide reading and extensive research into the basic neuroscience of vaccines, I have acquired the science that I needed in order to understand exactly what my vaccine-damaged patients, relatives and acquaintances have gone through.

Although it may be too late for them to benefit from the truth about vaccines, I do wish that I had known about those realities when I was practicing medicine, and I hope that I can belatedly shine some light on this important subject for that similar fates will be avoided for others. It might atone for some of the damage that I might have done to patients because of the many medical myths taught to me by my professors.

So I yield the remainder of this article to an important summary of the history of vaccinations written by a highly esteemed physician colleague of mine – and a fellow whistle-blower, Dr Suzanne Humphries, one of the most knowledgeable physicians on the subject of vaccines that I have ever encountered.

Dr. Kohls is a retired physician who practiced holistic, non-drug, mental health care for the last decade of his forty year family practice career. He is a contributor to and an endorser of the efforts of the Citizens Commission on Human Rights and was a member of Mind Freedom International, the International Center for the Study of Psychiatry and Psychology, and the International Society for Traumatic Stress Studies.
While running his independent clinic, he published over 400 issues of his Preventive Psychiatry E-Newsletter, which was emailed to a variety of subscribers. (They have not been archived at any website.) In the early 2000s, Dr Kohls taught a graduate level psychology course at the University of Minnesota Duluth. It was titled The Science and Psychology of the Mind-Body Connection.
Since his retirement, Dr. Kohls has been writing a weekly column (titled Duty to Warn) for the Duluth Reader, an alternative newsweekly published in Duluth, Minnesota. He offers teaching seminars to the public and to healthcare professionals.