HONEY: Is this ancient medicinal food the key to fighting deadly drug-resistant infections? 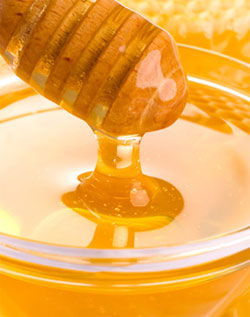 Exotic honey can be used as a powerful alternative when treating one of the deadliest infections in the U.S. today. A report published in the International Journal of Antimicrobial Agents confirms that exotic honey can battle antibiotic-resistant infections, like Clostridium difficile. Interestingly, C.difficile is caused by an overdose of antibiotics.

Two researchers from Elisabeth-TweeSteden Hospital’s Department of Gastroenterology and Hepatology discussed the therapeutic effects of a honey found in Australia and New Zealand. This exotic honey, known as Manuka, is being used for the treatment of Clostridium difficile. More severe cases of the Clostridium difficile infections are caused by the destruction of the gut flora associated with antibiotics. The overgrowth is harmful in what would otherwise be harmless bacteria. 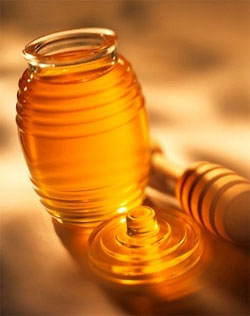 Honey has been used for centuries as food and medicine. The team of researchers performed in-vitro studies proving that unprocessed honey has antibacterial properties, which fight an array of pathogens, including Clostridium difficile.

Although the full therapeutic effect of honey has not yet been clarified, the study suggests that honey has an anti-inflammatory quality. Compared to normal honey, which derives its infection-fighting properties from its probiotic and hydrogen peroxide content, Manuka honey offers additional healing attributes. It makes this exotic honey one of the most extensively studied honeys today.

The study allowed a woman to be in full remission after the Manuka honey treatment.

In the same study, a woman who had been resistant to any improvement following a plethora of antibiotics is now in full remission after receiving Manuka honey treatment. The 71-year-old woman was the first case of Clostridium difficile infection resistant to therapy. Nonetheless, she had full symptom withdrawal after bowel lavage with diluted honey.

The patient was experiencing fecal incontinence and frequent watery stools. She had Clostridium difficile infection as evidenced by colonoscopy and laboratory examinations. Initially, the patient was given vancomycin, but diarrhea persisted during the treatment. Subsequently, management with metronidazole gave way to serious side effects.

A second lavage was performed with 15 percent of the diluted honey introduced. After the second lavage, the patient experienced complete absence of watery stools. She did not experience any symptoms for 12 months. Furthermore, analysis did not find any traces of Clostridium difficile infection. This case confirms the therapeutic significance of lavage with Manuka honey for patients with Clostridium difficile infection resistant to therapies.

Honey is one of the most powerful healing foods on Earth. There are different studies that will support honey as a superfood and its important in fighting several diseases, offering a natural cure that chemical antibiotics can’t replicate.