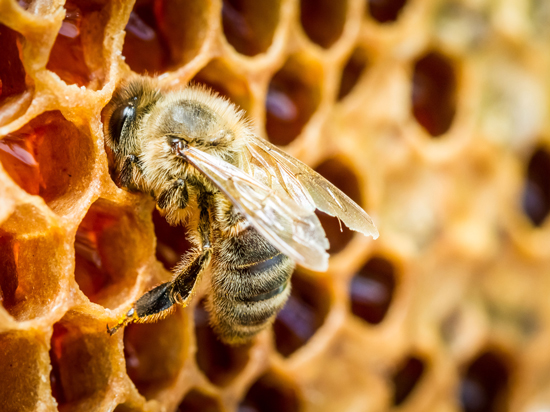 Recently, a quite interesting study was published that claims to identify the fact that bees are capable of understanding the mathematical concept of zero.

The study reportedly confirms that the honeybee is fully capable of understanding the quantitative value of nothing. Not only that, but they are gifted with the ability to correctly place zero at the beginning of a line of sequential numbers: they can understand zero, one, two, etc.

Of all insects out there, this is supposed to be the first concrete evidence to prove that the brain of an insect has the capability of understanding the concept of zero. This discovery has implications for the understanding of insect brains, but it also has implications about the evolution of complex number processing in living beings, according to articles reporting on the study.

Scientists say there are four distinct stages of understanding the concept of zero in both animal learning, and human culture, psychology, and history.
Stage one is a being understanding that zero means the absence of something, such as zero food, or zero air. A simple amount of visual processing ability can probably ensure a being can understand zero at this level.

Stage two is when a living being understands the difference between “nothing” and “something” with the concept of zero. For example, the absence of daylight once the sun sets is an understanding of zero as “something” vs “nothing”.

Stage three of understanding zero is defined as an understanding of the fact that a numeric value can be assigned to zero, and that zero belongs at the low end of a chronological sequence of numbers. The number line goes zero, one, two, three etc.

Stage four, the most advanced stage, is when a being fully understands that zero can be assigned a symbolic representation of “nothing”, for example 3 – 3 = 0.

So where do honeybees fall in these categories? Honeybees have officially achieved stage three in that process.

Believe it or not, it’s an elite few species across the entirety of life that are capable of understanding zero to this degree. The ability to learn or spontaneously develop an understanding of the concept of zero has so far only been observed in honeybees, vervet monkeys, rhesus monkeys, one African gray parrot, and a single chimpanzee.
This is definitely the first time such an advanced understanding of mathematics has been observed in any insects.

So why is zero so important? Throughout the history of humanity, it has apparently been demonstrably significant for a culture to understand it.
For centuries, the concept of zero as a number with a quantitative value went unnoticed. One early example is the Chinese using counting rods to mark a blank space, to represent a place holder in values.

By 628AD as far as we know, zero had a written record and people recognized it as a number by itself. An Indian mathematician named Brahma Gupta wrote about this in his book Brahmasputha Siddhanta. His work constituted the first written record to provide an actual framework for people doing math to use zero when making calculations.

Seven signs you may have magnesium deficiency