Hope you enjoy the chemicals you eat 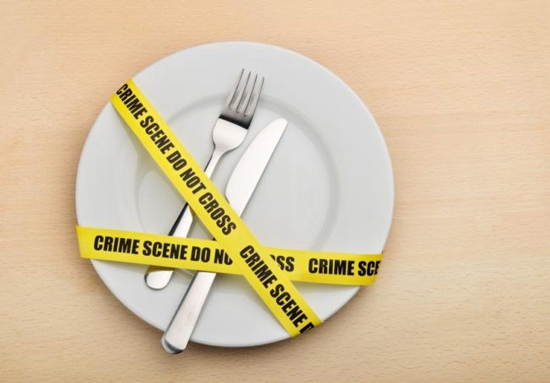 For years I have gone into food stores and read labels only to not know what half the ingredients were. I got to thinking that maybe I’m not alone when it comes to knowing what the rest of them are. So I’ve put together what might be a one-stop shopping guide to understanding what’s in your food. A good idea would be to print this and take it with you when you go shopping.

This is also known as acesulfame K or ace K. Commercially, it is marketed as Sweet One and Sunett. It is nothing more than a calorie-free, chemical, artificial sweetener that is used in over 5,000 products worldwide. You will find it in chewing gum, diet drinks, and light fruit drinks and used as a sugar replacement in desserts and baked goods because of its heat stability. It is 200 times sweeter than sugar and despite no testing done to determine its safety for human consumption, the US Food and Drug Administration (which could be rightfully called the Fraud and Drug Administration) has not required testing despite knowing that this substance can cause cancer in animals. They say it is not metabolized or stored in the body.

The basic use of food acids are to enhance flavors and act as preservatives, to increase shelf life, and to somehow provide some sort of artificial protection. The common food acids include vinegar, citric acid from citrus fruits, tartaric acid from grapes, and malic acid from apples. These are the safe ones.
Malic Acid is a good one as it comes from apples and used by the food industry to provide a tart or sour flavor to foods. Malic acid in combination with magnesium can help in alleviating fibromyalgia.
However…
Adipic Acid, used in the production of nylon, is what the food industry uses in gelatin containing products, bottled drinks, and powdered fruit concentrates. It also has a low pH making food decay to take a bit longer.
Citric Acid which we find in citrus fruits is not what we find in food manufacturing. Basically this comes from corn (with GMO), it brings out the flavors of the other ingredients and provides a “tanginess” to otherwise boring foods. And It also greatly extends shelf life!

This is a natural yellow/red plant extract used to dye foods, textiles, and body care products. Primarily it is used as a red food coloring in cereals, preserved meats (otherwise they would be in their natural moldy grey color), cheeses, and sweets. Annatto has an incredible distinction – it is the only natural color known to cause as many adverse effects as artificial colors and is used because annatto sounds better that artificial. Adverse effects? It causes reactions to skin, and also problems with the gastrointestinal, respiratory and central nervous systems.

These slow the oxidation of fats, oils, colorings and flavorings. They are better known as BHT and BHA, which are only used to prevent oxidation, slow rancidity and extend shelf life. You can find BHT and BHA in cereals, instant potatoes, frozen dinners, baked goods, chewing gum, beer, and some fruit drinks. The bad news: they affect the central nervous system, cause behavioral problems in kids, and BHT can convert hormones and contraceptives into carcinogens.

Do not touch it with a ten-foot pole! This creation contains more than one hundred chemicals. You can find this in popcorn, as have the factory workers for microwave popcorn that experienced an inflammatory lung disease, or “popcorn worker’s lung disease”, from the exposure to the diacetyl contained therein. Diacetyl is also hidden in ice cream, candy and baked goods as “artificial flavor”. Included also is a chemical named acetoin, which is an aroma carrier used in flavor preparations. It is also another culprit in the popcorn disease. 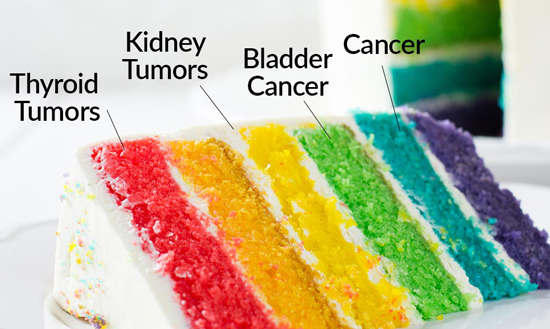 This is a cheap way for a food rascal to make a flavorless, bland food taste yummy. Guess what? The “Fraud and Drug Administration” does not require labeling as long as the product has the “Generally Recognized As Safe” label for the ingredients. Bear in mind that lots can be hidden under the word “flavor”. Just to let you know, the flavor vanillin, which is the synthetic version of Vanilla, is made from petroleum and benzene, a known carcinogen.

An artificial sweetener composed of 50 percent phenylalanine, 40 percent aspartic acid, and 10 percent methanol and converts to formaldehyde at 84 degrees (the body’s temperature is 98.6 Fahrenheit degrees). If you wish to become brain dead or experience headaches, dizziness, behavioral changes, convulsions, diarrhea, memory loss, itching, hives, and weight gain, knock yourself out with this one.

Antimicrobial preservatives used in food and drink to maintain flavor and extend shelf life. Linked to allergic reactions and cancer.

It’s a salt and used as an anti-caking agent, binder, emulsifier, filler, and foaming agent. It’s used in supplements and store bought MSM pills or powders, making it worthless. No food testing has been done.

Basically, this is chalk and is used as a coagulant.

Carmine:
A red color that comes from crushed up red beetles. In other words, bug juice.

A vegetable wax that comes from a tree in Brazil used to coat candy, frosting, gum, and as a coating for floors and cars.

This “stuff” includes hydroxide to neutralize the acids in the cocoa, giving it a smoother and less bitter taste, but causing the cocoa to lose up to 90 percent of its antioxidants.

In food manufacturing, this is refined, bleached, deodorized and useless. Do not confuse it with organic virgin cold-pressed coconut oil, which is highly beneficial to health.

Also known as shellac. It’s the waste product of the Lac beetle in India, Myanmar, and Thailand used as a clear coating to protect candy quality. So you would be eating beetle doo-doo…

Also known as high-fructose-corn-syrup. It is a GMO, has no nutritional value, and allows you to gain weight easily.

Comes for sugar and GMO corn. Having the same formula as glucose, the word dextrose is used because the food rascals believe that people will choose dextrose over glucose. It is nothing more than refined sugar that you do not need.

A chelating agent that is toxic to cells, potentially carcinogenic, an organic pollutant, collects in ground water and can carry heavy metals back into the drinking water. It is added to canned foods to trap metal impurities.

These enable foods with fat and water to stay mixed together to give a more “appealing” look and consistent texture. The most commonly used is lecithin.

We all know the importance of fiber for a healthy bowel function. Some fibers you find in supermarket foods are good for consumption. There are, however, fibers that are so heavily processed that you need to avoid them like the plague.
Alginate has chelating properties, comes from algae and seaweed, and moves toxins out of the body. It is used in processed foods to present a “creamy” texture. Also in cereal bars, ice cream, salad dressings, cheese spreads, and frozen dinners. Propylene glycol alginate, chemically modified, thickens soda and salad dressings and stabilizes the foam in beer.
Cellulose comes from the indigestible part of plants and is used to thicken, prevent caking, emulsify, and gel foods.
Methylcellulose is chemically produced with the same stuff used to make Drano. If you see this on a label, run away from that product as fast as you can. 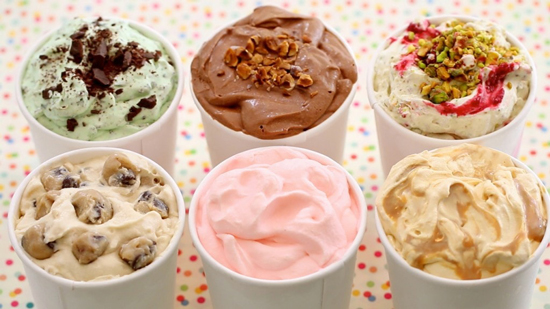 Comes from animal’s hooves and connective tissue of animals and fish. Gumdrops are pure gelatin.

Mostly from natural sources like seeds, tree sap, and seaweed. Some good; some bad.
Carrageenan is carcinogenic when used as food grade (in foods).
Locust Bean Gum comes from carob beans. A good one.
Gum Arabic/ Gum Acacia is good in foods and good in paints, glues, and textiles.
Guar Gum is another one that is all right.
Xanthan Gum basically comes from corn and is likely a GMO.

Comes from chicory root and acts as a probiotic in the gut. While it binds, it removes cholesterol, fat and dangerous hormones.

For the most part it comes from corn and is likely a GMO. In Europe, where Monsanto has been kicked out of, it comes mostly from barley and wheat.

MSG:
Anything modified, hydrolyzed, textured, autolyzed, protein isolates, yeast extract, and torula yeast are the most commonly used. Go to your search engine and put in MSG euphemisms and you will get a list that will blow your mind.

Found in cured, processed, and fast food meats. They cause cancer.

An additive to make low-fat or fat free foods. Causes diarrhea, abdominal cramps, gas and interferes with the absorption of health-protective, fat-soluble vitamins and antioxidants.

Choose palm fruit oil over palm oil. Palm oil is loaded with saturated fat. If it says “modified” palm oil, take a hike. It is the highest in saturated fat and not any better than the partially hydrogenated trans fats they are used to replace, which in of itself promotes heart disease by increasing the amount of “bad” LDL cholesterol and decreasing the amount of “good” HDL cholesterol. It is by far the worst of the worst.

A good substance coming from fruits, vegetables and legumes to thicken products.

Considering it comes from combining corn sugar, a GMO, with sorbitol, the GMO part is enough to turn many of us off. It is usually added to products containing unhealthy products and can result in diarrhea.

An emulsifier and the cheapest replacement for cocoa butter in chocolate bars made from castor oil. Allegedly, it is safe. However, we do not advice the consumption of it!

An emulsifier used in creams and lotions and is linked, as well, to cancer as well as nervous system and reproductive toxicity and can cause anaphylactic reactions.

This has the distinction of being banned in just about every country in the world except the U.S. It makes you wonder if Monsanto has something to do with it. It’s used in breads and has shown to cause renal cancer in rats.

Feet, don’t fail us now! The only thing good about them is you can avoid them. If you don’t – hello migraines, gastrointestinal problems, toxicity to the central nervous system, kidneys, blood system, heart, yeast infections, and vaginal infections.

If it don’t say “organic” on the label, don’t touch it. Non-organic means GMO.

A great medicinal plant as an alternative to sugar.

An artificial sweetener made from chlorine and just as toxic as aspartame.

All neutral except that lacitol comes from milk products, in case you are lactose intolerant. Xylitol is poisonous to dogs, so be careful where you keep it.

A petroleum based, synthetic, food-grade antioxidant used to preserve unsaturated vegetable oils, animal fats, frozen fish, and some chocolate. It is also used in perfume, varnish, lacquer, and resins. It is associated with nausea, vomiting, and ringing in the ears.

Long list, and by far not finished… However, it is enough information here so you can make an informed choice.
And if it’s already in your system, how do you get rid of it? There are several natural methods. For example, the oxygen released by the organic sulfur crystals works miracles.