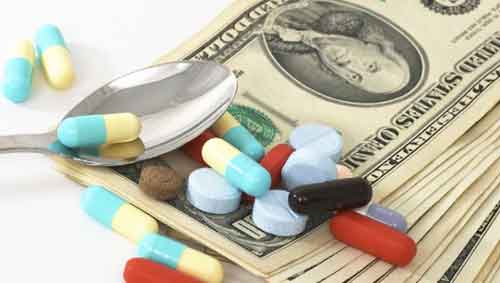 Ever wondered how Big Pharma has managed to tightly control so many aspects of conventional medicine’s healthcare system, even to the point of imposing limitations on our medical freedom?

Before answering, first, here’s a little background. In spite of growing truth revelations in recent years from alternative media sources that just about every subject under the sun is steeped in fraud, lies and deception, the majority still blindly continue to support and act on false, limiting or even destructive paradigms. In effect, the human race is its own worst enemy.

Some might argue that everything related to a statement made by former CIA Director William Casey’s has happened: “We’ll know our disinformation program is complete when everything the American public believes is false.”

Not just America, a number of us are indeed well aware that this sentiment extends into the entire Western World and beyond. Thus, the CIA and its associates have managed to manipulate the masses into trying to find solutions to problems at the level of mind that caused the problem.

There couldn’t be a better example of this than conventional medicine. So many people in public, academic and professional sectors believing lies argue blindly in favor of a number of ineffective or destructive health practices in Big Pharma’s conventional medicine. Take, for instance, the social media fracas surrounding an Australian Health Minister Jill Hennessy giving her unflinching support for vaccinations on Facebook. What then followed as a response was an onslaught of posts vehemently against or in support of vaccinations.

This was brilliantly covered by Dee McLachlan. Dee’s article exposed the Herald Sun’s mainstream media biased coverage of the minister’s Facebook posts and the responses. The article exposed what the Herald Sun didn’t: the attempts to ridicule or invalidate the anti-vaxxer movement using unfounded claims on vaccinations based on disinformation: In the showdown, the anti-vaxxers were described as mere “militant and vitriolic trolls…”

Yet another case of the “Emperor has no clothes”, where you have people in authorities and their supporters with baseless unfounded arguments supporting the disinformation program that vaccines are safe and highly effective.

Bearing in mind how people react to the disinformation programming, now back to how Big Pharma has hijacked conventional medicine.

Starting with medical school… the biggest pushers of all…

“It begins on the first day at medical school and lasts through to retirement and it is the only reliable ‘cradle to the grave’ benefit that doctors can count on anymore…
It starts slowly and insidiously, like an addiction and can end influencing the very nature of decision making and medical practice. It first appears harmless enough: a text book here, a penlight there, and progresses to stethoscopes and black bags, until eventually come ‘nights on the town’ at academic conventions and all-expenses paid ‘educational symposia’ in lovely locales.” – Wanda Hamilton, The pharms and doctors corrupting medicine, published in The Lancet

The above shows how vested interest in mainstream medicine undergoes a soft-soaping. What about the severe ramifications..?

Many years ago, as far back as the late 1890s, medical school was a much different place to what it is now. A wider range of methodologies was embraced when it came to treatment. Various approaches such as Reiki, herbal remedies, acupuncture, shiatsu, yoga, aromatherapy, Native American healing, and African holistic health… were all serious studies. Academia had a much more open minded approach than it does today.

However, with the introduction of more and more drugs over the years and more and more sponsorship made by pharmaceutical companies, the above alternative approaches were gradually ousted. Any student found to be bringing in these practices was thrown out of medical school. The greedy pharmaceutical companies had looked upon the alternative approaches as a financial threat. Even as far back as then, they were unjustly ridiculed. This coincided with John D. Rockefeller and Dale Carnegie who bought the American Medical Association (AMA) in the early 1900s for the meagre sum of 10,000 dollars.

Quite simply, the deal was this: pharmaceutical companies would fund medical schools provided they would stick with training students on a curriculum using the drug related approach. Having read the background to this, there was one little interesting anecdote. It was reported that John D. Rockefeller, in spite of having a hand in the destruction of naturopathic and homeopathic alternative medicine, he was into his 90s when he died. One of the major reasons for his longevity was the fact that he had a personal naturopathic and homeopathic doctor to keep him going! 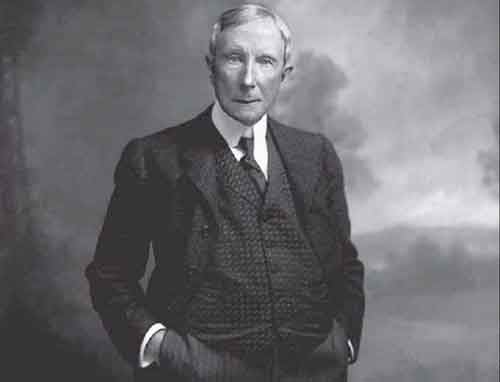 Then, after graduation… Taking the alternative health practice of nutrition as an example…

If an individual has just qualified as a doctor of allopathic (conventional) medicine, it is highly unlikely that there would be a reasonable knowledge of the efficacy of nutrition. Only a matter of hours would have been given on this subject in the entire five years at medical school. It is also most doubtful that this individual will start looking into the powers of nutrition: having gone through 5 years of medical school, the mindset has already been well-formed, care of the establishment.

Hence, the start of a career for some white-coated, conceited, prescription-happy ignoramus…

Doctors have been described as salesmen for pharmaceutical companies. Having graduated, quite a few have no real interpersonal skills when it comes to dealing with people. The remark “cold as fish” has been appropriately made by some patients after consultation.

For recently qualified graduates who enter the big wide world of medical or pharmaceutical research and development institutions, they will have a hard time in getting funding for projects based on the efficacy of nutrition. However, having said that, many graduates are not in the slightest bit aware of how effective and how much possibility there could be for making discoveries on this subject and how humanity could benefit. All part of the effect of the business monopoly that Big Pharma has on alternative health.

Most science periodicals are controlled and sponsored heavily by various groups, such as pharmaceutical companies, who make sure the interest put out is in line with what’s in their favor commercially.

The biggest reason why Big Pharma has such an effect, a monopoly on conventional medicine, is because it has hijacked the medical schools and tightly controlled the curriculum for their own moneyed self-interests: the mindset; the theory and application related to training; research and development; healthcare practice; approval bodies and the ill-advised bribed politicians stem from the current narrow or even false health paradigms indoctrinated at medical school.

Therefore, what’s needed is to rid Big Pharma’s parasitic moneyed self-interests and take the more holistic approach like it was in the 1890’s before John D. Rockefeller and Dale Carnegie bought the AMA, leading to Big Pharma’s takeover.

Operation Fake News – The NWO’s War on Freedom and Truth