How do cancerous tumors grow? With sugar! 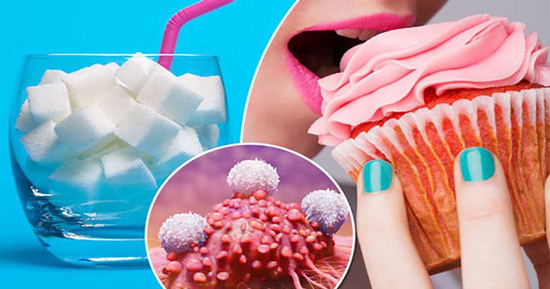 Recent research finds that cancerous tumors feed on sugar to become more aggressive, as reported by the Science Daily.
The study was a nine-year joint research effort that focused on the Warburg effect, which is the process by which cancer cells quickly break down sugar and stimulate the growth of tumors.

“Our research reveals how the hyperactive sugar consumption of cancerous cells leads to a vicious cycle of continued stimulation of cancer development and growth” said Johan Thevelain, lead author of the study and a professor at Katholieke Univsiteit Leuven (KU Leuven) in Belgium.

Three scientists in Belgium started the study in 2008 by observing yeast cells, as these cells contain certain proteins that are also usually found in tumor cells. They analyzed how yeast consumes and breaks down sugar to understand how Ras proteins, the most common cancer-causing genes, affect aggressive tumors as they feed on sugar.

“The main advantage of using yeast was that our research was not affected by the additional regulatory mechanisms of mammalian cells, which conceal crucial underlying processes” Thevelain said.
The researchers found that excess sugar triggered the yeast to produce excessively active Ras proteins. Sugar stimulates the cancer cells and makes them multiply and expand quickly.

Almost all the healthy cells in the body need energy to function, and they get the energy from the sugars in the food we consume. On the other hand, cancerous cells also need sugar to work. However, cancer cells break down so much more sugar than the normal cells in the body. They turn glucose into an excess of lactic acid, which has been linked to stimulate the growth of tumors. This is one of the most well known characteristics of cancer cells, which has been comprehensively studied and used to identify brain tumors. Apparently, there is not enough evidence as to whether the Warburg effect causes cancer or is just a symptom of cancer.

Previous studies on the metabolism of cancer cells concentrated on the details of metabolic abnormalities, but this research sheds light on the association of sugar and growth of cancerous tumors. Thevelein and his team noted that their study does not have evidence to establish the main cause of the Warburg effect.
“Further research is needed to find out whether this primary cause is also conserved in yeast cells” Thevelein said.
The study was published in the journal Nature Communications.

Consuming added sugars, or any sugar added in the preparation of foods, which may include sucrose, high fructose corn syrup and others, in the diet is something to be cautious about. This is because people in the United States consume more than the recommended sugar intake – about 66 pounds of added sugar per person, every year, are consumed on average.

The American Heart Association suggests women should not exceed six teaspoons or 25 grams of added sugar a day, while nine teaspoons or 38 grams is recommended for men. The World Health Organization recommends that adults and children lessen their daily intake of sugars to not more than 10 percent of their total energy intake.

Eating too much food high in sugar is not good for the body. Some of the negative health effects of sugar include slower cognitive functions, faster skin aging, more risk of obesity, type 2 diabetes, and cardiovascular diseases. Fructose can also interfere with your appetite, making you want to eat more sugar. Moreover, it also accelerates the normal oxidation process in the cells, damaging the proteins, tissues, and organs, which in turn increases the risk of liver disease, kidney failure, and cataracts.

Julian Rose: The Denial of the Right to an Opinion – Britain’s Inexorable Slide into Fascism