How society is manipulated to fear extraterrestrials 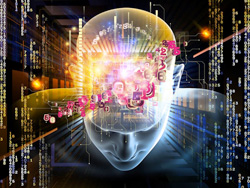 In November 2015, Dr. Steven Greer gave an in-depth presentation titled How the Secret Government Works: The Most Explosive Expose. In it, Greer discusses a 60 year psychological war waged on the public by a secret government within the United States. Using targeted misinformation, the propaganda aims to set the stage for interstellar warfare by creating a worldwide fear of extraterrestrial invasion. In this hard hitting expose, Dr. Steven Greer covers many important topics, whose implications could change the face of society and how we look at both governments and extraterrestrials, including:

– The existence of secret anti-extraterrestrial government projects funded by trillions of dollars in unaccounted taxpayer money that even the President and head of the CIA do not know about;

– Advanced scalar electromagnetic frequency (EMF) weapons that have been used for decades to shoot down extraterrestrial craft;

– Psychological warfare operations using man-made “UFOs” and “aliens” to conduct faked alien abductions and attacks. These false flag events aim to create a global fear of ETs and to suppress knowledge of their benevolent nature and advanced energy systems that could otherwise help revolutionize the fossil fuel industry and humanity’s conscious development;

– How the “implants” removed from “alien abduction” victims are actually man-made RFID chips;

– How the American military use alien reproduction vehicles to transport chemical weapons, arms and drugs;

– How to tell the difference between a man-made UFO or extraterrestrial and the real thing;

– How ridicule and character assassination are used to keep the truth about extraterrestrials quiet;

– How a government agency planned in 1995 to create a “global UFO cult” to create the illusion that humanity is facing an alien invasion;