How The Internet Is Ruining Your Memory 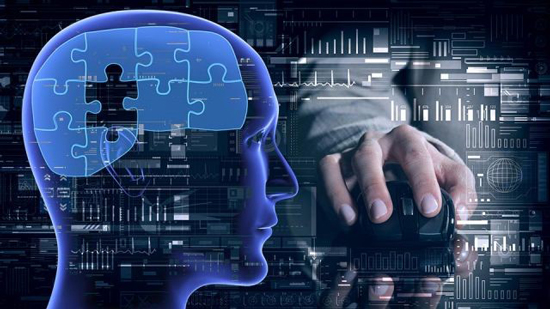 If I asked you for the phone numbers of every member of your immediate family, would you be able to tell? How about your five closest friends?
If you’re like most people, chances are you couldn’t even come close. I do happen to remember my partner’s number, but that’s only because we bought sim cards within a few minutes of each other and there’s only a one digit difference between his and mine.

But should you be upset about your apparent lack of memory when it comes to phone numbers? What’s the point, if every phone number you’ll ever need is stored on a digital device that will never forget any of them (provided there isn’t a glitch in the system)? I’ve actually been known to scoff at people in the past who have made a point of memorizing my number after I gave it to them.

But it turns out they were onto something. A report published a few years back by cybersecurity company Kaspersky Lab released findings from the company’s survey of thousands of consumers and professionals across the world, and the statistics were only just short of alarming.

According to the survey, 49 percent of adults can’t remember their partner’s number, 57 percent can’t remember their office phone number, and a whopping 71 percent can’t even remember their children’s number.
Kaspersky Lab is calling this phenomenon “digital amnesia” – a growing reliance on digital devices capable of storing anything from the phone numbers of friends and family members to our appointments, chores and even the fastest route home. We enter the details into our device – the example here being a smartphone – and we no longer have to remember.

This digitization of the information in our heads frees us up to tackle bigger and better things in life, two-thirds of the survey participants believe, but it also imposes a kind of amnesia that may be having long-term detrimental effects.

Forgetting phone numbers is only the beginning

Researchers have found that students recall how to find info, but not the info itself.
Sure, it might be annoying if you occasionally bungle your contacts list and can’t seem to get hold of anyone due to your self-imposed digital amnesia, but that’s really only the tip of the iceberg.

Start by thinking back to how you used to memorize (and hence learn) things at school. Learning the names of all the planets in our solar system was achieved by memorizing one of several songs. Learning the names of former U.S. presidents was often done by repetition, as was drawing a detailed map of all the states. You worked hard to memorize things, but you generally succeeded. And chances are you still remember many of those schooltime-learnings to this day.

The same probably can’t be said of today’s young students. A 2011 article published in Science examined the effect that “Googling”, a term synonymous with searching for a fact on an Internet search engine like Google, has on our memory. Over the course of four studies, scientists found that “when faced with difficult questions, people are primed to think about computers and that when people expect to have future access to information, they have lower rates of recall of the information itself”. Instead of remembering the actual fact, people remember how they gained access to that information – such as search keywords or what search engine they used.

In this way, the internet is becoming an extension and a replacement for our own memory. A classic case is directions. Back in the day, the only way to go somewhere you hadn’t been before was to either repeatedly consult a giant unwieldy map or to follow a complex series of instructions from a local. Today, when I ask where something is I’ll often still receive detailed step-by-step instructions on how to get there (almost invariably from someone over the age of 40).

Try as I might, I cannot for the life of me remember those directions, as I seem to have lost that ability to memorize such instructions – my brain knows I can get to that same location simply by plugging the address into Google Maps and letting my smartphone do the thinking, so what would be the point in trying to add more information to my already cluttered brain?

There are undoubtedly benefits to this process of digital and internet memory outsourcing. No longer burdened by the need to memorize seemingly insignificant details like directions anymore, our minds are left free to wander and problem solve to their hearts’ content. Perhaps this “mental uncluttering” enables us think faster, be more creative and worry less.

There will be times when you need your memory

If you’re stuck without your phone, you’ll need to have someone’s number memorized.
But it’s also a slippery slope. There will undoubtedly be times when you’ll need to fire up those old-fashioned memorizing techniques, and chances are they’ll be long gone. What happens if you’re stuck out in the middle of nowhere, no phone signal and you have to ask the local corner store guy for directions to your cabin? How about when your boss gives you a series of complicated tasks over the phone and you didn’t write them down at the time?

Then there are those life experiences that simply can’t be entered into a smartphone or looked up on a Google search. The loving things your partner said to you when he proposed down on one knee. The number of weeks it took your first child to crawl, or their favorite food as a kid. Is digital amnesia slowly corroding those memories?

The internet and digital devices make life easier, but they also make us more vulnerable. The takeaway is simple: embrace the digital age if you must, but leave the phone at home every now and then. Your brain will thank you for it.