How to Heal Unthinkable Trauma and Choose Love: Choosing Love in Times of Pain 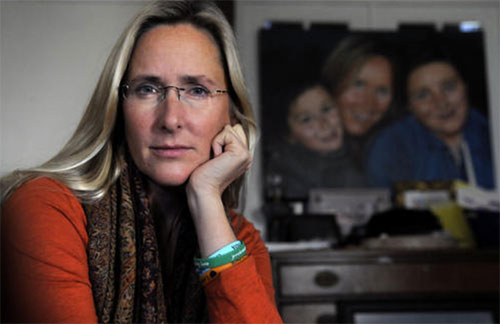 Life can be unbelievably difficult at times. But when tragedy strikes, it often becomes unbearable. We feel we just can’t go on and that the pain will never end. Reading the tragic stories of others, it can be hard to imagine how they survived and even went on to live happy lives again after the unthinkable things that happened either to them or their loved ones.

But, somehow they do go on and some even go on to create lives of tremendous transformation and beauty. Scarlett Lewis is one of those people.

One morning, Scarlett Lewis kissed her son goodbye as he left for school; never in her wildest dreams thinking it would be the last time she’d do this. Jesse wrote a message with his finger in the frost on his mother’s car, as he walked down the driveway. It said: “I love you”. Just a few short hours later, he was gone. He was one of the 26 victims of the Sandy Hook Elementary School shootings, in Connecticut, in 2012.

It’s every parent’s worst nightmare. Just reading or hearing about another parent losing their precious child brings a physical reaction; that knot in the throat and feeling of being wounded in the heart and stomach. It’s unimaginable that your child should die before you and in such violent circumstances. 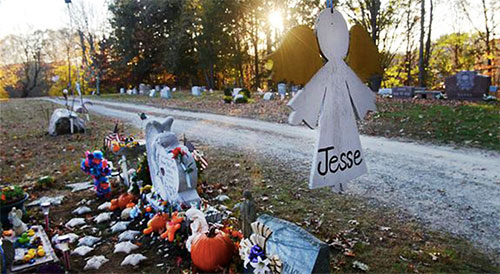 Scarlett Lewis’s solution to overcoming the intense pain of losing her six-year-old son was to get out there and help others. She found that by giving, she could heal her own pain. And today, she shares her transformative wisdom around the world and how she managed to get to this place of love.

Service, doing for others, is one of the most powerful and profound trauma healing methods on the planet. It’s so powerful, it elongates our lives. When you do sparingly service for others, you have a 22% reduced risk of mortality. Everything that you give, you get back. So all of the nurturing, healing and love that you give out, you get back. And there’s science behind all this too.

Her Jesse Lewis Choose Love Movement has helped thousands of people through school programs in the US, in prisons, hospitals, and soon, the business and corporate world and an online program. And it was born out of three words her son Jesse had written on a chalkboard at home, a few days before the tragedy, that now live on after his untimely death. These words were: “Nurturing. Healing. Love.” 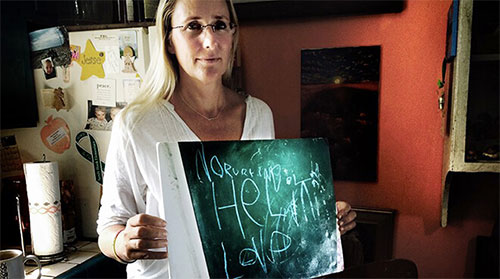 While the spelling is not perfect, Jesse’s chalkboard message was clear to Scarlett.

She believes these final words were a calling from Jesse that said “I have something for you to do for us. That’s to consciously change an angry thought into a loving one, because it is a choice.”

Scarlett worked with a professor from Western Connecticut State University, who helped her analyze Jesse’s message: “I came to realize that it was a profound formula for choosing love that I now live by. Nurturing means loving kindness and gratitude, healing literally means forgiveness and love is compassion in action. And when you have the courage to practice those three character values in that order… You’re choosing love.”

Today, the Jesse Lewis Choose Love Movement is taught in schools in 44 states of America, and 13 countries from kindergarten to grade 12. It’s a free course, as Scarlett wanted it to have no barriers, and is a social and emotional learning program, teaching children how to choose love in any circumstance.

“Choosing love means having the courage to be grateful when life isn’t easy, to forgive when the person who hurt you is not sorry, and to step outside your own pain to help someone else…
We want kids to know that they have a choice. That they are responsible for their thoughts and feelings and that they can always choose love. We are trying to cultivate resilient, connected and compassionate people. There’s strong evidence that children who develop these skills have less anxiety, lower rates of depression and mental illness, experience less bullying, violence and incarceration and even in later life, have lower rates of divorce” Scarlett says. 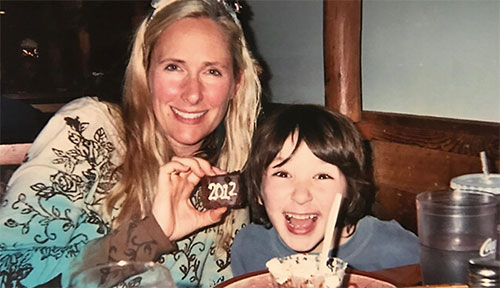 Jesse lived with so much love, a legacy that continues to this day.

In the US, there are more suicides than murders. And Scarlett has seen, first hand, how her program has saved young people who were choosing death as their best option for the struggles in their lives. One of the Choose Love Movement’s most powerful proponents was an at-risk youth in a High School in Connecticut, who attempted suicide. When he returned to school, his teacher decided to teach him the formula for choosing love. And it saved his life. Today, he talks openly about his experience and shares that if he can do it, anyone can.

While Scarlett lives with the pain of losing her son every day, she says this pain is a great motivator: “It’s like losing a limb and having phantom pain in that limb. I have phantom pain all the time from losing my son. And I want to make sure no-one suffers the way I do.”

Scarlett says her only way forward is to use her time on Earth to make a change for the better in the world: “Every day, all day long I feel so blessed to be doing this work, but I’m also aware that it all comes from my six-year-old son being shot in the forehead.”

Her story and the Choose Love formula is something Scarlett lives by. She practices forgiveness every day, actively choosing love and the courage to make a profound difference in the world.

And her son Jesse lived this too. After the shooting, Scarlett found out that her son had shown tremendous courage in the terrifying situation, and had in fact saved the lives of nine of his classmates. He stood up to the gunman and also tried to protect his teacher. When she discovered this, she knew she could find the same courage within herself, to go on, to get up every day, and to help others.

“We all have the courage that Jesse showed that day, the courage to be kind and gentle. The courage to create peace even in the face of terror. The courage to respond to fear with love. The courage to tell the truth, to show up and be present…
There’s no other solution. Legislators and politicians can’t do it. We are the most powerful proponents of it. I’ve learnt that when we choose love, we change the world around us for the better” Scarlett says. 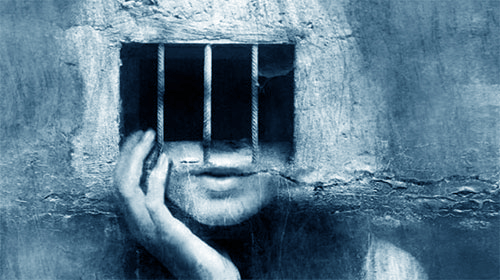 Post-traumatic stress disorder is all consuming, but trauma can also be a catalyst for growth.

She says that choosing love is the most important choice we can make on a daily basis. And it was choosing love that helped her to undergo a profound journey of forgiveness for her son’s murder: “I felt he had a spiritual awareness that he was going to die and that it was a message of comfort and also information. And I knew that I would be spending the rest of my life spreading that message… I also knew that if the shooter, Adam Lanza, had been able to give and receive nurturing, healing and love, that the tragedy would not have happened, and in this way, I was able to start feeling compassion for him and I began my journey of healing and forgiveness in that moment.”

Life can wallop you, but you choose how you respond. We always have power over our actions. We always have the choice, even when we don’t feel like we do. It’s the difference between feeling like a victim or being empowered. It’s important to process our feelings, but by choosing to help others, our lives can be immeasurably enriched.

Scarlett Lewis says it best: “I remind myself that I’m a courageous human being when I’m feeling low. And I experience that miraculous thing of being able to shift yourself from a lower energy into a higher level, by practicing gratitude. Contemplating forgiveness for yourself and others, and understanding that forgiveness cuts the cord that attaches you to pain, doesn’t mean that you condone or forget. It doesn’t even mean that you can’t hold the person that hurt you accountable. It simply means cutting the cord that attaches you to pain. And then shifting your focus outward to others, and passing this along. Passing the message, the formula and awareness, on to others. That is how you can be part of the solution.”