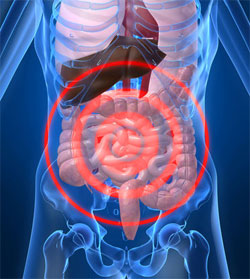 There is not one single medical doctor in the United States of America who talks to their patients about good gut flora. Likewise, no oncologists or pediatricians dare speak about good gut bacteria, or they would immediately be contradicting the effects of the very medications they recommend and prescribe on a daily basis.

There are eight major destroyers of good gut flora: chemical pesticides, prescription pharmaceuticals, antibiotics, fluoride in tap water, bleach in foods, phosphoric acid in soda, chemotherapy and the heavy metal toxins in vaccines (including flu shots). Since the early 1900s, the American Medical Association (AMA) has removed nutritional education almost entirely from medical college curricula, replacing it all with chemistry classes so that medical doctors could learn to juggle multiple prescription medications for their patients, and not be sued for malpractice if someone dies from mixing the wrong ones.

On top of that, after World War II, German scientists who were convicted of mass murder were released from prison after serving just four to seven years, and went to work for American pharmaceutical companies developing vaccines that were full of toxins, like mercury (listed as thimerosal), aluminum, formaldehyde and monosodium glutamate, also known as MSG. All of these known neurotoxins became listed by the CDC as preservatives, carriers, adjuvants, emulsifiers and virus deadening agents. It is now very common to find dangerous chemical herbicides, genetically modified soy, genetically modified canola, antibiotics and hormone-laden dairy by-products in infant formula and other common baby food products.

A human being’s gut bacteria has its healthiest balance for immunity at around 85 percent good bacteria and 15 percent bad bacteria – in essence helping the immune system recognize outside pathogens, superbugs, viruses and foreign bacteria. However, when genetically altered substances are injected into a child’s muscle tissue, the immune system is sent into panic mode, and without the proper nutrients in the body, the child is immediately vulnerable to nervous system disorders, brain malfunctions and a wide range of moderate-to-severe allergic reactions, many of which can cause short and long term health detriment.

Vaccine Spectrum Disorder – does your child have it? 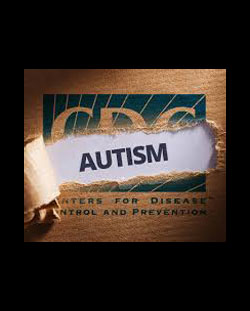 How on Earth could one country, America, see the rates of autism go from 1 in 10,000 children, to 1 in 50 children inside of 15 years, without a good explanation for what is happening to their central nervous systems, immune systems and brains? Well, there is a good explanation, it’s just that you won’t see it published in newspapers, or broadcast on television, because, again, the truth contradicts the mass medication overdose that’s going on regularly, especially among newborns, infants and children under the age of 7.

The average American child is drugged up with as many as 50 vaccines before age 7, and some of them are administered in multiple doses and right after birth. Even pregnant women are ill-advised by the CDC to get flu shots that contain high, autism-causing doses of thimerosal, a known carcinogen and one of the most deadly neurotoxins on the planet. Why does the CDC insist on injecting mercury into human muscle tissue, when the EPA says to be careful not to eat or drink much of it, as it is commonly found in fish and drinking water?

What about when mercury is inserted into dental fillings with other alloy metals? Now, combine those toxins with synthetic chemicals that are commonly added to food, and you absolutely annihilate good gut bacteria, all in one fell swoop. Do this daily, adding some soda, some high fructose corn syrup and a flu shot, and immunity for that day, week, month and maybe year could be severely incapacitated.

Vaccine Spectrum Disorder affects millions of children. Some children go into anaphylactic shock after receiving the HPV vaccine, and others suffer from violent hyper-immune-response reactions that permanently affect the child’s cognition, behavior and social skills. The CDC has renamed VSD as ASD – autism spectrum disorder – because they don’t want to chop-block pharma profits, especially since representatives from the CDC have financial incentives to push vaccines on the unknowing public.

Natural immunity is built quickly by detoxifying the body of pesticides, avoiding vaccines that contain neurotoxins and heavy metal toxins (all of them), and absolutely avoiding genetically modified foods. Check out organic garlic, vitamin C, vitamin D, turmeric and oil of oregano for starters, and then consult your naturopathic physician. There is a cure for VSD!

And remember, “All disease begins in the gut”, as Hippocrates said.