If Your Cell Phone and Other Devices Were Making You Fat, Would You Cut Back on Using Them? 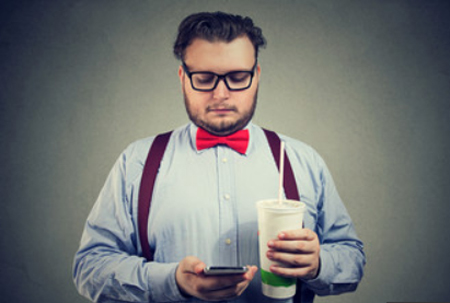 Have you ever seen those Sono Bello ads on TV? Some of those people seem to have tried everything and they still can’t lose weight.

There are also so many symptoms caused by exposure that it is often misdiagnosed and/or mistaken for other health issues – physical, mental, emotional, and behavioral.
One of them is blood sugar fluctuations which may lead to diabetes, as well as weight gain (or loss).

A 2010 NBCNews.com article, Is Electrosmog Harming Your Health? stated that 1 in 3 are “Sensitive” to exposure and 3% are “HyperSensitive”.

ElectroSensitivity has a long history dating back to the 1950s. It was originally named “Microwave Sickness.”
Here is detailed scientific testimony about how exposure affects blood sugar levels, metabolism, and weight gain (or loss):

1. Dr. Magda Havas on Diabetes and ElectroSensitivity:
“One symptom of electrohypersensitivity is altered sugar metabolism similar to diabetes. In addition to type 1 and type 2 diabetes, some diabetics may be electromagnetically sensitive as shown by changes in their blood sugar when exposed to electromagnetic triggers.”

2. From Dr Andrew Goldsworthy’s paper, The biological effects of weak electromagnetic fields – problems and solutions:
“Although electromagnetic fields frequently stimulate glandular activity in the short term, long term exposure is often harmful in that the gland ceases to work properly. This is particularly serious for the glands of the endocrine system (those that coordinate our bodily functions) since it can affect many aspects of metabolism and throw the whole body out of kilter.

Eskander et al. (2012) found that people living for six years within 100 metres of a cell phone base station showed a highly significant loss in their ability to produce thyroid hormones. The expected consequence of this is hypothyroidism, the most frequent symptoms of which are fatigue and obesity.”

3. From SaferEMR.com article Evidence that dirty electricity is causing the worldwide epidemics of obesity and diabetes:
“Diesel generator sets are a major source of dirty electricity. They are used to electrify small islands and places unreachable by the conventional electric grid. This accounts for the fact that diabetes prevalence, fasting plasma glucose and obesity are highest on small islands and other places and lowest in places with low levels of electrification.” 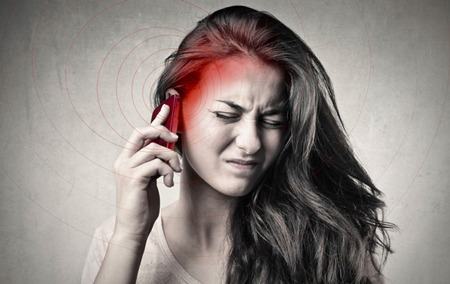 4. In regard to childhood obesity:

Article In-utero exposure to magnetic fields increases the risk of childhood obesity:
“According to a study, recently published by Nature’s Scientific Reports, in fact, it is biologically plausible that in-utero MF exposure have an adverse effect on fetal development including the metabolic and endocrine systems. Damaged metabolic and endocrine systems could lead to childhood obesity.”

Article EMF Exposures in the Womb Can Lead to Childhood Obesity:
“Maternal exposure to high [magnetic fields] during pregnancy may be a new and previously unknown factor contributing to the world-wide epidemic of childhood obesity/overweight, Li writes in a paper posted by Scientific Reports, a peer-reviewed, open access journal owned by the group that publishes Nature.
No safe level of cell phone or wireless (WiFi) radiation has yet to be scientifically determined for children or pregnant women.”

5. Article Do you have Microwave/EMR Sickness? by Paul Raymond Doyon.
See paragraph on first page about symptoms. It includes weight gain or loss.
There is diagnostic testing available if you are concerned that WiFi and Electrosmog exposure may be affecting you or someone you love.

Research has also proven that pets, nature, and wildlife also suffer from exposure to WiFi and Electrosmog.

Sono Bello procedures sound expensive and painful. Reducing our personal exposure to WiFi radiation and Electrosmog causing sources will help but it won’t fix the problem. There needs to be an overall reduction of WiFi and Electrosmog emitting infrastructure and products.

Digital and wireless utility “Smart” Meters have been adding WiFi radiation and Electrosmog to the environment for several years now.

The race for 5G, The Internet of Things (IoT), Smart Cities, Automated Vehicles, and Artificial Intelligence (AI) are adding more sources of WiFi radiation and Electrosmog into the environment as well.
Research has already proven that new 5G technology can affect metabolism as well as cause other health issues such as increased sweating.