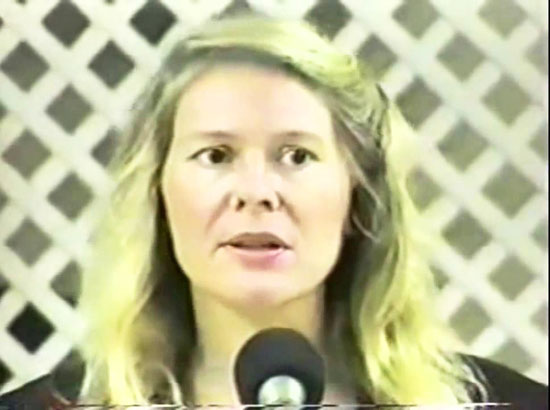 Worse, lawless obstructionists continue to clog the drain with their unforeseen numbers and the depths to which they have sunk.

Having witnessed and experienced Shadow Government inner workings for decades, I wondered how fluid progress could be made toward reclamation of our nation from a well established globalist agenda.

Mark and I have been naming perpetraitors and blowing the whistle on their crimes against humanity since 1988. Our voice has been stifled under the same 1947 National Security Act that has been invoked to cover up their crimes against us all. Consider that repealing and rewriting the National Security Act to protect our borders rather than perpetraitors could, indeed, remove obstructions that keep clogging the draining of the swamp.

Mind control, pedophilia and human trafficking are among those crimes against humanity on which the Shadow Government/globalists invoke the 1947 National Security Act.

ACCESS DENIED For Reasons Of National Security details Mark’s and my journey through the criminal justice system in an effort to free my daughter from the grips of government cover up, perversion and crime.

Who can we trust these days? This question is best answered with learning how to trust. Those hellbent on global domination masquerade as Democrats, while others disguise themselves as Republicans.

Mark and I have been relentless in exposing the reality that Washington DC is comprised of those with a globalist agenda, and those who support US Constitutional values.

Controlled media perpetuates the divisive illusion that the difference is bi-partisan, while Shadow Government globalists from both parties sold U.S. out behind the ‘seen’ for decades.

Perhaps Congressional term limits will weed out obstructionists clogging the drain of the swamp! Yet how can we trust Congress to pass term limits on themselves when identified swamp creatures like Senator Patrick Leahy (D) – a 42 year incumbent– are on the Judiciary Committee?

TRANCE Formation of America names perpetraitors in clear, graphic detail. Released in 1995 when the National Security Act was invoked on our testimony for both houses of the US Congressional Intelligence Oversight Committees, TRANCE provides insight into the inner workings of Shadow Government while exposing their identities in light of truth.

These key globalists and their comrades were repeatedly placed in various political positions through controlled media’s contrived polls, rigged elections, and/or Presidential appointment. Oftentimes, political power was best exuded from behind the ‘seen’ much the way the Wizard of Oz was actually run by the man behind the curtain.

Referring to the figurehead Presidential position, Senator Robert C. Byrd (D) often quipped, “why would I run for President when it is beneath me?”.

Of all people I was exposed to during my tenure as an MK Ultra mind controlled slave, George Bush Sr. exuded most power. Bush ran the United States throughout the Reagan Administration, having taken full control with the assassination attempt on Reagan.

Trauma renders a person highly suggestible and easily led, and is a primary component of MK Ultra mind control. Mind control must be factored into the equation in order to identify those who unwittingly march to the orders of global elite/Shadow Government.

Mitt Romney’s father and former Governor of Michigan, George Romney (R), is identified in both TRANCE and ACCESS DENIED as highly skilled in mind control. Like Bush Jr., Mitt Romney should be carefully scrutinized for his father’s penchant for mind control. In addition to exercising control over me, George Romney was responsible for introducing a powerful form of mass mind control into the Mormon Church as well as within our nation’s education system.

Bush’s Education Secretary Lamar Alexander (R) perpetuated it, too, and had participated in laying its groundwork. This groundwork included changing the text of history in order to control the future for a global agenda. All of this is detailed in TRANCE.

Of course, my exposure to both Bill and Hillary Clinton (D) are detailed in TRANCE and ACCESS DENIED for their complicity in mind control/white slavery and criminal operations. It was my experience that Bill Clinton and George Bush, Sr. are best of friends, and a prime example of Shadow Government Democrats and Republicans sharing the same globalization agenda.

All of U.S. must re-evaluate its socially engineered perceptions in order to know how/who to trust in these pivotal times of reclaiming our country.

Both Democrats and Republicans have been identified in this article as perpetraitors of a Shadow Government globalist agenda, with many more named in TRANCE and ACCESS DENIED.

Arm yourself with knowledge, and stop the gators, traitors, snakes and whatever else lurks in the swamp bottom from obstructing the drain! Drain The Swamp Faster! Remove Obstructionists!