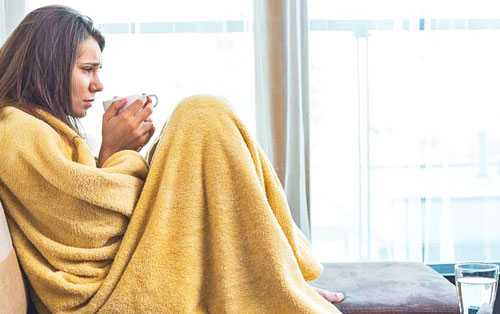 It’s that time of year: flu season. Pharmacies are advertising their flu shots. Medical groups and physicians urge patients to get their vaccinations. The Centers for Disease Control and Prevention (CDC) recommends that everyone get vaccinated, including newborns, pregnant women, children and the elderly.

Is there a better, safer way? What are the risks of the flu vaccine versus the relative benefits? It can be argued that improving nutrition during the winter months is a safer, more effective means to prevent flu and other respiratory illnesses.

Injuries from the Influenza Vaccination

The majority of individuals still fail to realize that the flu vaccine is neither safe nor effective at preventing influenza. It is considered one of the most dangerous of all vaccinations.

According to integrative physician Dr. Mercola, the influenza vaccination has been responsible for causing a serious neurological disease, Guillain-Barré Syndrome, which, in severe cases can cause paralysis and death. In 1976, there were 30 deaths caused by the swine flu vaccine, all in previously healthy adults. There are an estimated 3-6,000 cases of Guillain-Barre Syndrome each year.

The flu vaccine is known to contain unsafe amounts of the neurotoxin mercury. Vaccines have also been found to increase inflammation in recipients, which, in pregnant women, is linked to brain damage in their newborns.

The US government’s Vaccine Adverse Events Reporting System (VAERS), examining the years 2009-2010, discovered a significant 4,250% increase in fetal deaths after their pregnant mothers received flu vaccine. These statistics were confirmed by Dr. Gary Goldman and published in the Human and Environmental Toxicology Journal.

In the year 2013, 139 claims were settled by the US government’s vaccine court, with 70 cases being compensated. Of the 70 compensated cases, 42 of them were for the flu vaccine, or 60% of the settled cases in which compensation was awarded for serious injury or death. Many of these cases were for Guillain-Barré Syndrome. This is significant evidence to the seriousness of the danger of the flu vaccine, especially when one considers that most individuals are unaware of the vaccine courts and a significant underreporting of vaccine injuries exists.

The Influenza Vaccine is Ineffective at Preventing Flu

In a comprehensive report by Barbara Loe Fisher of the National Vaccine Information Center, Fisher revealed that several European scientific studies have shown that unvaccinated individuals were less likely to become ill with influenza and other respiratory illnesses, compared to those vaccinated. For the elderly, some flu vaccines were shown to have no effectiveness in preventing disease. Even the CDC admits to only a 50% effectiveness rate for the flu vaccine most years, with some years having a lower effectiveness rate, including zero effectiveness for elderly.

Benefits of Nutrition, Not Vaccination, to Build the Immune System

Since vaccinations for flu cannot guarantee prevention of influenza and may actually increase one’s chances of becoming ill with influenza, or worse, it makes sense to look at other safer options for improving one’s immune system. The following suggestions can be beneficial for both prevention and treatment of respiratory illness and flu.

Rest. This may be hard to do, but it is important to slow down, rest and sleep as much as possible. Our bodies recover and heal during sleep, and 7-8 hours of sleep are recommended every night.

Drink fluids. Drinking filtered water, organic kombucha and hot tea throughout the day is helpful to loosen phlegm and ease the discomfort of colds and infections.

Vitamin A. Vitamin A works together with vitamin D to ensure good health and healing.

Vitamin C. Lots of research supports the healing power of vitamin C. Adding lemon juice to water, eating oranges and taking a vitamin C supplement can all aid the body to heal. One can safely take 4 to 6 of 1,000 mg doses of vitamin C throughout the day, no more than 1,000 mg per hour.

Frankincense essential oil. If it is organic, therapeutic grade quality, then it is safe to take 2-3 drops in water 2 to 3 times daily.

Other essential oils can aid healing. Immune strengthening or other oils can be useful diffused or rubbed into the skin.

Cinnamon powder mixed with raw honey is a good immune booster, about 1/2 to 1 teaspoon each, 3 times daily.

Using the neti pot with warm water mixed with salt can help clear sinuses and fight an infection. Mixing 1/8 teaspoon salt with 1 cup water is the formula suggested.

Juicing vegetables can strengthen the immune system. Adding a bit of fat in the way of butter or coconut oil can aid in digestion.

Eating a nutrient-dense diet is especially important when fighting illness.

Eating fermented foods such as kefir, fermented vegetables and drinks such as kombucha boosts the immune system. The gut is the center of one’s immune system, so flooding the gut with good bacteria can only help.

Detoxification always helps the immune system. An easy way to do this is by bathing with either 2 cups of Epsom salt or a combination of 1 cup baking soda and 1 cup Epsom salt. Epsom salt also provides the body with important magnesium.

Do you worry? Put down your phone and pick up your diary