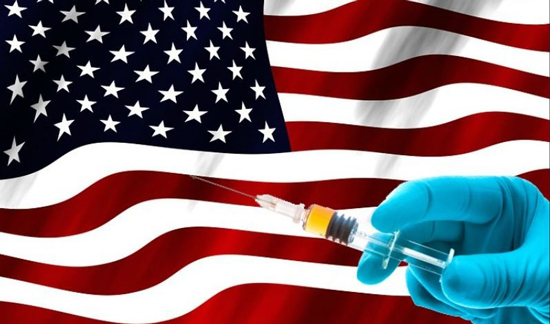 Over a century ago (1905), when vaccines were still new, one independent “anti-vaxxer” Pastor Henning Jacobson and his wife resisted vaccination against smallpox and mumps when it was made mandatory in Massachusetts. Pastor Jacobson refused vaccinations claiming “he and his son had bad reactions to earlier vaccinations. Because of his refusal of the vaccination, Jacobson was fined $5 and appealed to the Supreme Court.”

The U.S. Supreme Court upheld the authority of the states to enforce compulsory vaccinations laws and that case law has been the foundation of forced vaccination laws ever since.
The Court’s decision articulated the view that the freedom of the individual must sometimes be subordinated to the common welfare and is subject to the police power of the state.

That common welfare apparently gave rise to what’s become the “herd immunity” theory, now being reclassified as “community immunity,” “population immunity” or “social immunity.” However, there seems to be a qualitative and technical difference arising legally insofar as vaccines originally were promoted and mandated against the spread of infectious diseases, e.g., smallpox and mumps in the 1905 case, but numerous vaccines since then have come into the marketplace to prevent non-infectious diseases.

Jacobson literally became a foundational vaccine public health law, but that was over a hundred years ago, and it needs to go! We now are in 2017 with forced vaccine mandates that have ruined two generations of children’s health with more mandates to come from new vaccines coming to market.

Question: How can Jacobson still apply legally, especially regarding the Hepatitis B and Human Papillomavirus vaccines, which target non-infectious diseases?
That question was considered and discussed in the Harvard Law Review essay Toward A Twenty-First-Century Jacobson v. Massachusetts. Not only those two vaccines ought to be impacted, but all the new vaccines Big Pharma has in its pipeline of vaccine development – approximately 300!

Presently, new vaccine mandates are presumed constitutionally valid under Jacobson, even when the vaccines combat diseases that are not airborne and from which individuals have some other recourse to protect themselves.

As the Harvard Law Review (HLR) article noted, “These [Hep B & HPV] vaccines are qualitatively different from their predecessors in that they are not medically essential to preventing the spread of disease. Vaccine law and policy – whether through common law, statutes, or agency directives – must develop clear ways to recognize these distinctions.” Therein resides a gallon-size can of legal worms to be sorted out, especially with regard to mandates, informed consent, right to self-determination, parents’ rights, and prevention of fraudulent CDC/FDA science in the promotion of new, unsafe and toxic ingredient vaccines.

The argument HLR makes is that “vaccine law must be updated.” To which we can add, especially the 1986 “get out of jail free card” Congress gave to vaccine makers when it passed The National Childhood Vaccine Injury Act (NCVIA) of 1986, which currently is being used to mandate vaccines for adults. That 1986 law dealt with children’s vaccines and has been botched up most effectively at the Vaccine Court (Office of Special Masters of the U.S. Court of Federal Claims) where harmed vaccinees’ claims are rejected in droves.

According to HLR, “Vaccines are never one hundred percent effective for everybody, so even vaccinated people can become infected with diseases against which they were immunized.” Everyone who writes about vaccines should give statistics of how ineffective vaccines really are.

Frankly, it is incomprehensible that any court, especially the Supreme Court of the USA, would mandate neurotoxic and hazmat ingredients, as found in present day vaccines, must be injected into infants whose immune systems aren’t fully developed until around two years of age. That’s chemical child abuse the legal system must address when revisiting Jacobson and NCVIA.

Even though we do not agree with most of the arguments the writers of the HLR essay made, the essay is an important indicator of vaccine issues the courts, HHS (Health and Human Services), CDC and FDA, plus US states, have to address since vaccine mandates are getting to be exceedingly ridiculous and way too many! Will it come down to your having to take your child to the doctor every day to get a vaccination, if Big Pharma gets all their new vaccines into the medical marketplace?

Furthermore, no one in law, Big Pharma, federal health agencies (HHS, CDC, FDA) and state health agencies is addressing the outrageous vaccine practice of injecting nine vaccines at one time into 2-4-6 month old babies. No studies that have been done to prove that practice safe! That should be outlawed as criminal child abuse.

The HLR essay Conclusion offers some “pregnant”, provocative “food for thought”:
“A recent New York Times headline proclaimed: Vaccines and Their Promise Are Roaring Back. The article described how, after several decades of little innovation in the field, ‘the research pipeline is bulging’ with future vaccines. It is important that when these new vaccines arrive – whether they protect against AIDS or some obscure and as-yet-unknown virus – we have updated vaccines laws and policies that properly apply to them. In assessing whether government action is necessary to protect the public health, recognizing a qualitative distinction between vaccines that are medically necessary and practically necessary is an important step in the direction of a more nuanced evaluation. Vaccine policymakers, state legislatorss and courts should cooperate in finding a way to recognize this distinction.”