Is The Deep State Creating Another Crash Of 1929? 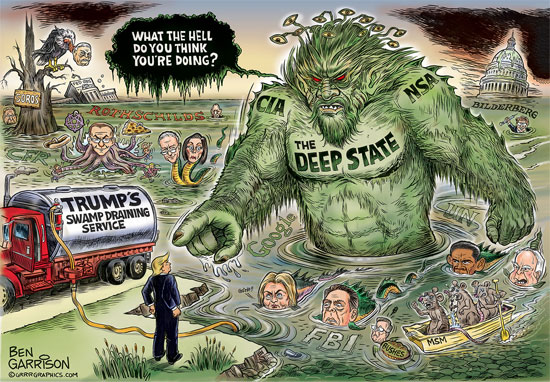 “Waiting too long to begin moving toward the neutral rate could risk a nasty surprise down the road – either too much inflation, financial instability, or both.” – Janet Yellen

Economist Ben Bernanke, who served two terms as Chairman of the Federal Reserve, the central bank of the United States, from 2006 to 2014, acknowledged that, by raising interest rates, the Fed triggered the stock market crash of 1929, which heralded in the Great Depression.

Yet today’s Fed chief, Janet Yellen, announced that “it makes sense” for the Federal Reserve to raise interest rates “a few times a year”. This is a concern, as economic conditions are similar to those in 1929, and a rise in interest rates may have the same effect as it did then.

In the run-up to the 1929 crash, the Federal Reserve raised rates to 6%, ostensibly to “limit speculation in securities markets”. As history shows, this sent economic activity south rather quickly. Countless investors, large and small, who had bought stocks on margin, would be unable to pay increased interest rates and would be forced to default. (It’s important to understand that the actual default was not necessary to crash markets. The knowledge that investors would be in trouble was sufficient to send the markets into a tailspin.)

Mister Bernanke was quite clear in 2002 when he stated that the Fed would not make the same mistake again that it made in 1929, yet, then, as now, there’s been a surprise victory by a Republican candidate for president. Then, as now, a wealthy man who had never held elective office was unexpectedly in the catbird seat and had the potential to endanger the control of the political class, at a time when that political class had been complicit in damaging the system by creating massive debt.

Then, as now, conditions were ideal for the Deep State to create a solution to all problems. An economic crash was inevitable; therefore, create a trigger for it to occur and blame the collapse on the conservative political outsider. Demonstrate to all that the collapse was due to the greed of the outsider and those who were of like mind. Use that leverage to demonstrate to the hard-hit populace that what was needed was the opposite of what the outsider had proclaimed. Recommend far greater control by a new government that was staunchly liberal – a government that would change the political landscape in such a way that all those who suffered would be saved by a benevolent collectivist government.

And, of course, when it’s stated that way, it’s an easy sell. In 2017, it will be an even easier sell than it was in 1929, as the new president has already set himself up for a fall. In his inauguration speech, he focused on a single topic – the return of power to the people and away from Washington’s bureaucracy.

Beginning by decrying Washington for what it truly is, he stated that “for too long, a small group in our nation’s capital has reaped the rewards of government while the people have borne the cost. Washington flourished – but the people did not share in its wealth.” 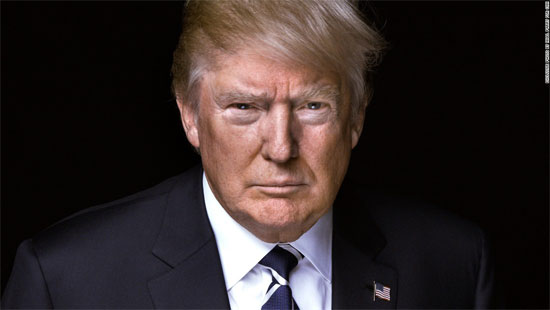 Of course, new presidents are prone to making big promises when they first take office. However, Mr. Trump has, in his brief speech, effectively declared himself the enemy of the Washington bureaucracy. In so doing, he’s left himself wide open to be the fall guy if the economy does not rebound, if the average American’s lot does not improve, and if the US does not dominate the world through an expanded military.

In short, the Deep State and their cronies, who were instrumental in creating the economic, social, and political house of cards that now exists, have the perfect opportunity to bring on the collapse and blame the new president for it.

Were Mr. Trump to have honestly stated that the US is effectively a house of cards and that he’ll begin the laborious job of trying to salvage what’s left of it and begin to rebuild it, he would have provided himself with a justifiable excuse when the house of cards does collapse. However, by making such lofty claims to “Make America Great Again,” he’s lost this opportunity.

More and more economists say that an economic collapse is inevitable. No one, no matter how capable, can prevent it.

As unfair as it may be, a nation’s people almost always blame whoever is on watch when a collapse occurs. It matters little who or what is actually at fault. People need a “face” to vilify for the disaster and the sitting leader is almost always spontaneously chosen by a nation as that face.

And, of course, the opposing party invariably makes the most of the situation. Just as in 1929 and for years thereafter Herbert Hoover received the lion’s share of the blame for a Wall Street crash and the subsequent Great Depression, even though he was not at fault, so too will the US come to blame the new president who made promises that were far beyond what he could deliver.

The die is cast. The patsy-in-chief has been installed for almost a year. The US economy is more debt-laden than any country in the history of the world and, historically, this has always resulted in economic collapse. At present, there are scores of triggers that could bring about collapse. Any one of these black swans could do the job, but it’s entirely possible that the Federal Reserve will serve once again as the trigger, as it did in 1929.

This is unquestionably the smart way to play the game. Rather than wait for a random occurrence, if a date is set for a controlled collapse, those connected to the Deep State will have a brief time to disconnect their wealth from the system, as was done in 1929.

The trigger would be pulled by the Fed and the US economy would go down in as controlled a fashion as Building Seven in the World Trade Centre.

When is this likely to occur? The date for the next collapse could be earlier or later. But the question is not when that date might be, but whether we’ve prepared ourselves for the eventuality.