Is there an ultimate advertisement for 5G?

It never fails to ‘impress’ how academia, business and industry go out of their ways to hype innovation in science, products and/or services, so consumers can’t resist them, then rush to purchase and use them when made available for sale. 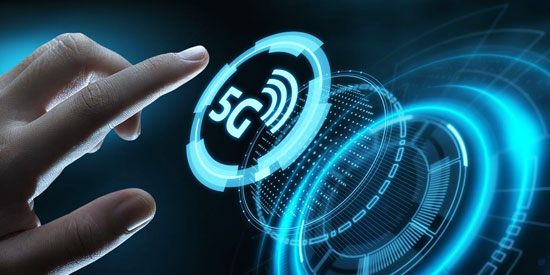 However, there’s another ‘thing’ that really impresses the wrong way and that is when corporations go ‘hell bent’ to prove their products are safe in varied ways, except two which, of course, are the most important of all:

1. There are NO adverse health effects to humans, pets and wildlife.

We know that microwave RFs produce non-ionizing radiation adverse health effects, which no vested-interest corporate entity apparently wants to investigate, other than independent scientists and academics, who are finding a ‘boat load’ of issues or problems.

2. There are/were NO ecological or environmental impact studies done, which should be required before the hyper-rush of the 5G experiment involving all life forms is implemented.

Previous generations of microwave energy bandwidths up to 4G did not have such studies performed – BIG mistake – so 5G automatically now is considered to be a “shoo in.” Where are the Monarch butterflies? What’s happening to birds and bees losing their ‘navigation’ capabilities?

“Not so fast,” is the resounding global chorus from concerned individuals, especially those who are electromagnetic hypersensitive [EHS]. Want to know what EHS is, or more about it? Please read this link written by Dr. Erica Mallery-Blythe, MD.

Dr. Magda Havas, PhD, an environmental toxicologist at Trent University, Canada, made a presentation at the National Institute of Environmental Health Sciences, which you can experience by watching the video below.

The EHS population and demographics increase daily as humans realize their health has taken a downward spiral since they were forced to take AMI Smart Utility Meters in addition to using cell phones and other microwave tech products. Dr. Havas claims about 3% of humans have severe EHS symptoms, and 35% of the population has mild to moderate symptoms, i.e., anywhere from 9 to a 100 million people! And governments aren’t concerned! How about the New World Order governance? Ah! That’s their ultimate goal for total control!

How come Lloyds of London won’t insure anything to do with EMFs?

Dr. Havas, at the end of her NIEHS talk, plays a voice over song about men carrying live cell phones in their pants pockets and their “Johnsons,” a ditty you won’t want to miss.

So who are we to believe about Gigahertz (GHz) frequencies at which Wi-Fi operates propaganda? What will happen when 5G produces faster, more powerful Wi-Fi; ‘smart’ homes and ‘smarter’ everything else but dumbed-down humans; and the coveted of all high tech ‘productions’, the Internet of Things?

One university in the Netherlands believes it can produce, and will have, answers to all concerns consumers have. It’s the University of Groningen. Below is the video produced.

What do you think?