The more I work with, and learn about energy it’s very clear to me that living your 3D life based from our Heart, and not our brain, is the way to go. 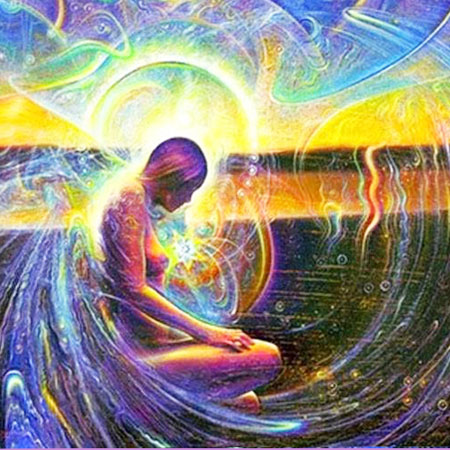 When I share a comment like this with some of my friends and family I’m often looked at with a “yeah, right” reaction. I can’t blame them because I use to believe everything in my life was only created from the use of my brain. When mentioning energy work people unfamiliar with this type of modality have visions of the 60’s and 70’s with auras and chakras.

Though auras and chakras are involved within the context of energy related to the human body there’s way more to it than only that. So instead of giving a “new agey” kind of explanation with a lot of crystals and tuning forks (all of which are valid tools of the energy trade) I thought I’d give a more 3D, scientific based answer to support that thinking/acting from our Hearts is the true path.

According to scientists the average adult heart beats over 100,000 time as day and circulates approx. 2,000 gallons of blood. We were taught, through our education system, the heart’s only purpose was to pump blood. In recent years, science has shown that pumping blood isn’t the only task of the heart. While traditional science has always taught that the brain rules our body, ancient traditions always held the heart to be the true ruler.

There’s a journal called ‘Neurocardiology’. From what I understand in the early 1990’s scientists discovered about 40,000 sensory neurites inside the heart itself. It’s able to communicate within itself. The heart has it’s own wisdom. They discovered the heart can work in harmony with, and independently of, the brain.

This entirely makes sense as an “energy worker” because I’ve experienced how our cranial brain (ego/logic) can’t comprehend anything outside of its own realm. The brain can only make decisions based on what knowledge is already acquired from the past. Think about it. The brain is only a reference point/guide based on our past experiences, the people we’ve met, the literature we’ve read, the lessons taught to us, the people we’ve had the pleasure (or not) of meeting, the media we’ve read and seen… you get the picture.

The brain/ego makes, what can be, life changing decisions and judgements from things we’ve already experienced (the past). Now there’s certainly nothing wrong with that. That’s a pretty cool reference library. But there’s one problem… it has limits. The Heart (love) has no limits and has no problem accepting anything the way it is because it comes from no judgement and acknowledges the divinity and beauty in all things/experiences. Again, our cranial’s brain has limits (the past). The Heart’s brain is limitless (the present).

The game changer is the resonance of energy between the two. The cranial’s brain/ego would love to keep us in its world of struggles and confusion and ‘superiority’. All low vibratory resonances and yet, no comparison to the Heart’s brain functions coming from the higher vibratory resonances of unconditional Love and Grace.

I don’t know how many times this has happened to me. I’m angry at someone, or a situation, and I’d get that immediate reaction to send out a scathing email or text. Then after a while I’d regret having sent that communication. Well that righteous reaction came from my cranial brain. I sent that without feeling from my heart at all.

My head’s brain may of thought that was appropriate because I was experiencing that emotion but deep down I knew I could have handled it better. My gut told me so. An alternative solution would be, instead of succumbing to the head’s brain, a wiser choice would be to take a ‘time out’ and then feel if that’s what I really want to communicate.

There may be a more compassionate way I can express that anger. Often I find out I was just going through a brief phase and some moments later I don’t feel I have to respond in such a vicious way, or not even respond at all. Remember, fire breeds fire. But if you still need to express yourself you can do it in a loving, softer way.

I find that these scientific discoveries definitely support the sayings “coming from the heart”, or “listen to your gut”. When making choices in life and listening to our intuition (feeling with our Heart), it can bypass all of the mumbo jumbo brain noise in the head and can be considerably more accurate.

So when it’s time to react in any given situation, instead of going on auto-pilot from logic, I take a pause (BREATHE), and then think about how I would react if I came from the loving space of my Heart. This has proven to be more effective along my spiritual journey.

At first it takes practice to retrain myself from taking reactions/thoughts from my cranial’s brain. But slowly and surely I’m getting the hang of it and the rewards from choosing to ask my Heart what to do are limitless. There’s no ‘after effects’ of guilt, shame or pain to deal with. The choices are coming from the divinity within my Heart. Give it a try and I promise you won’t be disappointed.

Is there an ultimate advertisement for 5G?