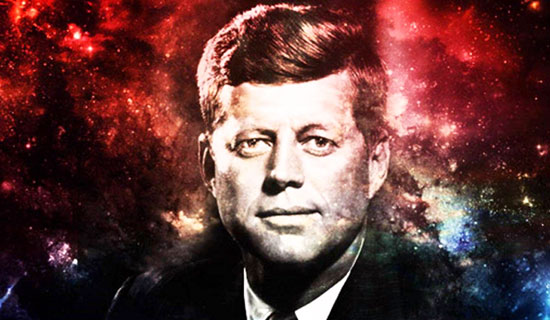 It might sound unbelievable, but we’re currently living in an era that’s birthed the disclosure of some very sensitive information. So sensitive that despite all of the evidence, it’s still hard for many people to think about, let alone accept. And that’s the fact that there are now dozens of governments who have confirmed the existence of UFOs. We’re talking about mysterious objects performing maneuvers that defy our laws of physics. Apart from having both visual and radar confirmations, there are hundreds of military officers from all ranks, politicians and academicians speaking out and providing evidence that suggests some of these UFOs are indeed extraterrestrial.

One of the people responsible for this movement is Dr. Steven Greer, MD and founder of The Disclosure Project and The Center for the Study of Extraterrestrial Intelligence (CSETI), who has been on a mission for decades to shed light on the fact that we’re not alone, that we’ve never been alone, and that an ET presence is currently engaging our planet and the human race.
This scientist has been able to organize and bring forth hundreds of military whistleblowers with verified backgrounds, who have given some shocking witness testimony. Colonel Ross Dedrickson is one example. Another example would be former Apollo astronaut Dr. Edgar Mitchell, who confirmed that himself and Greer did in fact have multiple meetings within the Pentagon about this issue.

One thing is for sure: Greer has some interesting connections that have allowed him to do what he does. He’s known as the father of the disclosure movement, for one person to bring forth hundreds of defense employees is quite eye-opening.
Out of all those who support him that come from different fields and verified backgrounds, Dr. Greer has amassed a great deal of credibility. Being in contact with, and referenced by astronauts, colonels, generals and more who have agreed to participate in the disclosure movement is what gives his project a special kind of credibility, because all those who agree to an interview do indeed come from where they say they do, within the military industrial complex. Never before have we seen such a large gathering, all with verified backgrounds.

Which is why when he conducts an interview where the name remains anonymous, it’s that much more interesting. Sure, we can’t verify this person’s identify, but the hundreds of others who have been a part of his disclosure project, as well as all of the big names who have verified multiple stories from Greer, it’s probably best to give this one the benefit of the doubt. “There is considerable knowledge as far as the actual being of UFO and ET phenomena that we’re aware of today” he says.
The following clip from Greer is a cut clip from his recent film, one that broke records, titled Unacknowledged.

Other Information That Lends Credibility to This Story

According to author and UFO researcher Dr. William Lester, the CIA released documents to him under the Freedom of Information Act after he made a request while researching for his new book at the time, A Celebration of Freedom: JFK and the New Frontier. The document and story was brought forth by the Daily Mail, pertaining to a letter written by John F. Kennedy to the head of the CIA demanding to be shown highly confidential documents about UFOs just 10 days before his assassination.

According to the Daily Mail, “the secret memo is one of two letters written by JFK asking for information about the paranormal on November 12 1963, which have been released by the CIA for the first time.”
It’s understandable that a Daily Mail article and a claim from a UFO researcher isn’t really considered credible, but what’s even more fascinating about the story is the fact that it also appears within some WikiLeaks cables.

On February 27, 2012, WikiLeaks began publishing The Global Intelligence Files; over five million emails from the Texas headquartered “global intelligence” company Stratfor. The emails date between July 2004 and late December 2011. They reveal the inner workings of a company that fronts as an intelligence publisher, but provides confidential intelligence services to large corporations, such as Bhopal’s Dow Chemical Co., Lockheed Martin, Northrop Grumman, Raytheon and government agencies, including the US Department of Homeland Security, the US Marines and the US Defense Intelligence Agency. The emails show Stratfor’s web of informers, pay-off structure, payment laundering techniques, and psychological methods.

From these emails, we have one that details information that documents by a gentleman named Timothy S. Cooper, who, according to many, leaked the supposed MJ-12 documents that dealt with the cover-up of UFO/extraterrestrial phenomenon.
In the email, it states that “Soon after Kennedy became President, he began to needle the CIA for information on UFOs” and  that “President Kennedy fired off a top secret memorandum to him outlining a previous discussion concerning a classification review of all CIA UFO files that could affect national security. Dated November 12, 1963, just ten days before he would be gunned down in the streets of Dallas, Texas, Kennedy informed Angleton that he was setting things in motion to actually share sensitive CIA UFO intelligence data with the Russians through the director of NASA.”

The email itself goes into more detail.
The question to ask here is why is a company like Stratfor sending emails within the company regarding this topic?
Definitely interesting to think about.
Perhaps the most interesting fact is that JFK was President right around the time a massive cover-up regarding this topic ensued. Only a couple of terms before his own, President Harry Truman went on national television stating that this topic is discussed at every single conference they have with the military. The topic of flying saucers and “other things”. He stated that “there are always things like that going on”.

There are even claims that President Eisenhower held a meeting with extraterrestrials. His great granddaughter Laura is the one who has spoken about the incident. You can read more about that specific story and where it comes from, here.

Today, Presidents don’t seem to really know much. In fact, even when they do inquire, they’re not told much and they don’t really have access nor a need to know information about UFOs and extraterrestrials. So who does?

Use of Oxytocin in Dairy Animals and Its Harmful Effects (1)