Keep your brain in top shape: It helps mitigate effects if you have a stroke, and helps recovery afterward 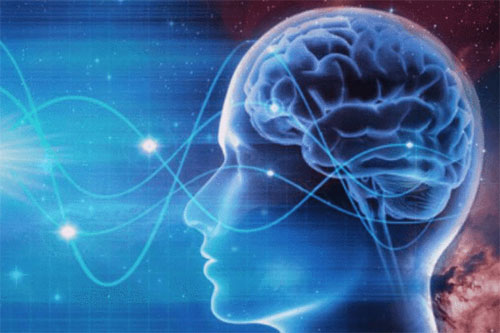 Is work the key to maintaining a healthy mind? That may just be the case for stroke survivors. Israeli researchers discovered that working-age adults who were employed before and after a stroke were more likely to have sharper, healthier brains in the long run.

In order to come to this conclusion, the investigative team recruited 252 adult stroke survivors from the Tel Aviv Brain Acute Stroke Cohort (TABASCO) study. The brain health, and subsequently any cognitive changes, of the participants were examined shortly after the stroke, at the first year, and two years afterwards.

Through this, the researchers found that participants who had jobs before and after their stroke had a higher chance of avoiding mental decline. Compared to these people, volunteers who were unemployed had a 320 percent or three times greater risk of developing cognitive decline two years after their stroke. Other health risks associated with unemployment included higher depression scores, increased inflammation, and the elevated likelihood of developing high blood pressure and diabetes.

The researchers also noted physical changes in the brains of unemployed participants, the most prominent of which were reduced white matter volume and cortical thickness. Moreover, about 4.4 percent of the participants died during the study, while another 8.9 percent developed mild cognitive impairments.

Despite the promise shown by their research, Ben Assayag and her colleagues acknowledged that more work would be needed. A major limitation of the study was that none of the participants had experienced a severe stroke, only a transient ischemic attack (TIA) or mild stroke. As such, the effects of work on the brains of people who’d suffered severe strokes remains inconclusive.

Still, the potential of these findings can’t be brushed off. Like Ben Assayag said, continuing work after a stroke can do wonders for the health of one’s brain.

• Each year, around 795,000 people in the United States suffer from a stroke: 610,000 of these are new or first strokes, while the other 185,000 are cases of recurrent strokes.
• Roughly 140,000 deaths every year are caused by stroke, making it the fifth leading cause of death in the country. Furthermore, an American dies of a stroke every four minutes.
• As of 2017, stroke costs the U.S. $34 billion annually. Included in the cost is healthcare services, lost productivity, and medication.
• There are a number of stroke risk factors that can be managed, namely obesity, blood pressure, and cholesterol levels. Smoking, drinking, and lack of exercise can also play roles in stroke risk.
• The common warning signs of an impending stroke include sudden numbness on one side of the body, a severe headache with no known cause, difficulty walking, confusion, and trouble seeing in both or one of the eyes.

Q-squared Delivered a Set of Serious Messages About the POTUS