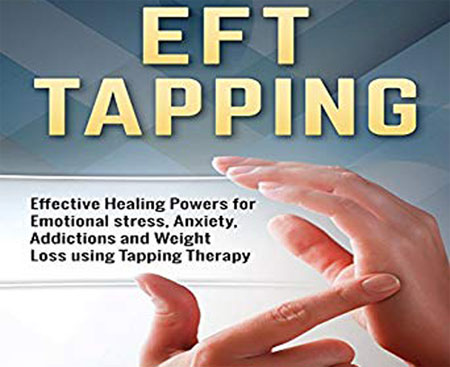 Some are calling energy psychology “the most impressive intervention”, with the ability to defuse emotions built up after years of trauma. Also called Emotional Freedom Technique (EFT) or just tapping, this practice is quickly making its way into the mainstream.

“EFT is on its way to being recognized as the treatment of choice for PTSD – quicker and more effective than anything else, with improvements not typically seen in standard medication or cognitive-behavioral therapy” explained Rick Leskowitz, Harvard Medical School psychiatrist director of the Integrative Medicine Project at Spaulding Rehabilitation Hospital, and EFT practitioner.

It is only when you see it and experience it that you realize just how extraordinary tapping can be. Watch this short excerpt of a pilot program where military veterans with PTSD received 10-15 hours of EFT. The video is part of the documentary “Operation: Emotional Freedom.” The improvements after 4 days of treatment and symptoms at 90 days after treatment are astonishing.

How Does Tapping Heal Trauma And Chronic Pain?

Trauma and the painful emotions that come with it can be quite detrimental to mental and physical health. These emotions can manifest themselves into tremors, nightmares, chronic pain, disease and much more. Holding onto traumatic emotions can be very damaging to your health and well-being.

EFT uses exposure and desensitization to “defuse” traumatic emotions. The first element of the practice is to tap on a series of acupuncture points on the body. The second component is to repeat certain phrases related to the negative event. The patient makes these statements in an accepting way. As a result, the emotional intensity of the traumatic memory deflates. The grip of trauma and its physical side-effects melt away.

What Does Science Say

Many researchers are examining EFT and how it impacts PTSD and if it can, in fact, heal trauma.
One study conducted by Dawson Church, PhD et. al. examined the effect of EFT on PTSD and psychological distress symptoms in veterans receiving mental health services. They published the following conclusion in the Journal of Nervous and Mental Disease: “In a within-subjects longitudinal analysis, 60% no longer met the PTSD clinical criteria after three sessions. This increased to 86% after six sessions for the 49 subjects who ultimately received EFT and remained at 86% at 3 months and at 80% at 6 months. The results are consistent with that of other published reports showing EFT’s efficacy in treating PTSD and comorbid symptoms and its long-term effects.”

In his paper, Feinstein concludes: “These studies have consistently demonstrated strong effect sizes and other positive statistical results that far exceed chance after relatively few treatment sessions. Investigations in more than a dozen countries by independent research teams have all produced similar results.
Speculation on the mechanisms involved suggests that tapping on acupoints while a presenting emotional problem is mentally activated rapidly produces desired changes in the neurochemistry involved in that problem.
If favorable outcome research on energy psychology continues to accumulate – as recent developments would predict – and explanatory models for the observed effects continue to evolve, acupoint stimulation will offer clinicians a technique that can be used with confidence for quickly altering the neural pathways that underlie psychological problems.”

Feinstein published his paper in the Review of General Psychology.

EFT Is Very Accessible To Everyone

There is a plethora of resources when it comes to tapping. Currently, the Tapping World Summit is being aired online for free.

Of course, there is always YouTube and Amazon has many books on the topic. One of the most popular resources is The Tapping Solution, by Rick Ortner.
Below is a short video by Jessica Ortner where she takes you through the basic tapping points.

Keep your brain in top shape: It helps mitigate effects if you have a stroke, and helps recovery afterward