Lack of sleep slows you physically and mentally: Study finds slow moving brain cells cause that ‘spaced out’ feeling 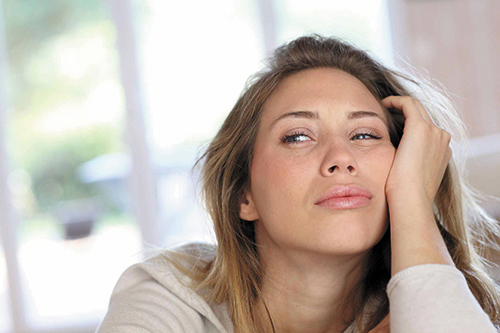 If you feel sluggish and tired after only getting a few hours of sleep, it could be because your lack of sleep slows you down both mentally and physically. A study led by the University of California, Los Angeles (UCLA) discovered that lack of sleep causes brain cells to move slowly and cause you to space out.

A team of researchers from different parts of the world examined how lack of sleep interrupts the ability of brain cells to communicate with each other. They found out that depriving the body of sleep disrupts the ability of nerve cells to work properly, which results in mental lapses on how sleep-deprived people react and perceive the things happening around them.

As part of the study, the researchers analyzed 12 patients who were preparing to undergo surgery at UCLA for epilepsy. Electrodes were implanted in the participants to identify the source of their seizures before the surgery. Patients then stayed awake all night to hasten the onset of an epileptic episode and reduce their stay in the hospital. They were asked afterward to categorize a variety of images as quickly as possible. The electrodes recorded the firing of a total of almost 1,500 brain cells from all of the participants while they were doing the activity. Meanwhile, researchers focused on the nerve cells in the temporal lobe, which is responsible for the regulation of visual perception and memory. The task became harder for the participants as they became sleepier and as they slowed down, their brain cells also slowed down.

“Unlike the usual rapid reaction, the neurons responded slowly and fired more weakly, and their transmissions dragged on longer than usual” explained Yuval Nir of Tel Aviv University, lead author of the study.
Sleep deprivation interrupted the ability of the nerve cells to process information and translate visual input into conscious thought. Itzhak Fried, a professor at UCLA and senior author of the study, said that this can be seen in a sleep-deprived driver when he notices a pedestrian stepping in front of his car. He explained that the act of seeing the pedestrian is slowed down in the overtired brain of the driver as it takes more time to register what he is perceiving. Furthermore, they found that slower cellular activity brain waves occur with slow cellular activity in the temporal lobe and other parts of the brain.

“Slow, sleep-like waves disrupted the patients’ brain activity and performance of tasks. This phenomenon suggests that select regions of the patients’ brains were dozing, causing mental lapses, while the rest of the brain was awake and running as usual”, Fried explained.
Fried and his team plan to study more on the benefits of sleep and to identify the mechanism responsible for the cellular glitches that come before mental lapses in future research. The study was published in the journal Nature Medicine.

Being sleep-deprived affects your mood, energy level, focus, and performance throughout the day. When this continues, it can affect your overall health and increase the risk of serious medical conditions, such as obesity, heart disease, high blood pressure, and diabetes. In contrast, having enough sleep improves your health.