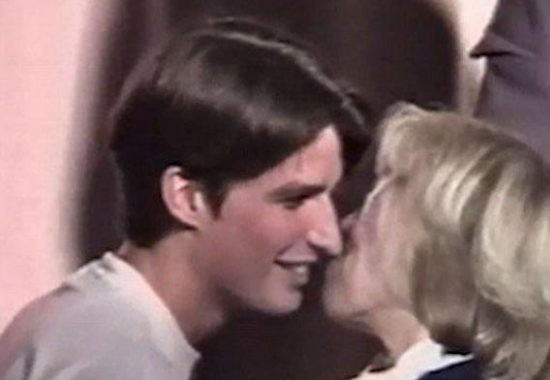 French presidential candidate Emmanuel Macron is a former Rothschild banker who was groomed by a pedophile at an elite high school in France.

As the media gush over the 39-year-old newcomer to politics, the mainstream media and establishment are hiding some very uncomfortable truths about the presidential candidate known as “the elite’s choice”.

As a child and adolescent in Amiens, Macron was a standout. He was a brilliant student and a well-regarded pianist. But he was also unusual in other ways. He fell in love with his French literature teacher, Brigitte Trogneux, who was more than 20 years his senior.

The feeling was mutual, but complicated: when they met, Macron was 15; she was 36 and married with three children. Though he was soon shipped off to study at the prestigious Lycée Henri IV, a high school in Paris, he swore to her that he remained undeterred in his quest for her heart.

“You will not get rid of me” he told her as he left for high school in Paris, according to the French magazine Paris Match. “I will come back and marry you.” He made good on that promise: they were married in 2007.

The story of their love has prompted some sniffing, though. It is a bit of an oddity even in France, where sexual freedom (and privacy) is privileged and American sexual mores are pooh-poohed as uptight. She is considered an unofficial (unpaid) adviser to his campaign, and he relies on her heavily. There were even rumours – published on a Russian-backed website – that Macron is actually gay. He denied them vigorously.

Theirs is an oft-photographed love story, unusual as the age gap gender reversal might be.
As one former classmate recalled to the magazine Le Parisien, even back in their school days, the young Macron seemed “already much older than we were, without a doubt because he was already in a couple with his former French teacher.” 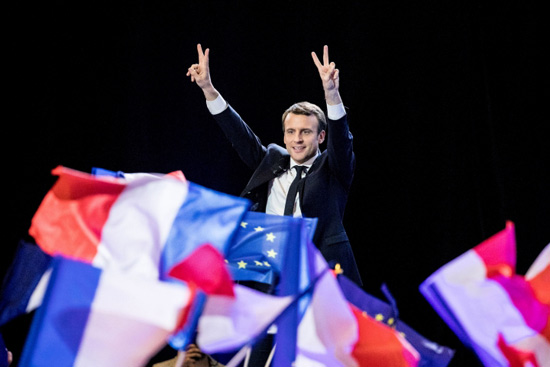 Macron is a member of the French elite

Macron is what the French call an énarque – that is, he studied at the École Nationale D’Administration, considered an elite feeder school for those who eventually go on to run the country. To go there is a calculated choice, a step on the path to public office. Macron graduated at the top of his class in 2004.

But instead of immediately entering politics, Macron went to work at the Rothschild bank, where he negotiated a sale between Pfizer and Nestle in 2012 that made him a rich man. The estimates of his wealth vary widely, but most place it in the millions.

“He worked as an investment banker, which makes him hated, openly, by a part of the population who like nothing more than to criticize banks” says Martin Michelot, deputy director of the Europeum Institute for European Policy in Prague. “But it is a funny argument, because people say, ‘He is a banker, he has no political experience, he’s never been elected.’ But at same time, [they] criticize people like [Francois] Fillon or Marine Le Pen who have been elected or been in politics their whole life.”

Macron was appointed as an adviser to the Hollande government in 2012 (taking a massive pay cut), and then became Economics Minister in 2014. He brought with him a number of ideas he had developed in the private sector.

For instance, he questioned the sanctity of France’s 35-hour workweek (he’d be open to a longer one), the rigidity of the retirement age, and France’s notoriously inflexible laws of hiring and firing, which he saw as contributing to the stagnant economy. He is liberal in the classical sense, in that he believes in the virtue of the free market. In an oft-repeated quote, when Hollande during his election campaign floated the idea of a 75 percent tax hike on higher earners, Macron said, “It’s Cuba without the sun!”.