Every day, 145 Americans receive the devastating news that they have pancreatic cancer. Aggressive and fast-growing, pancreatic cancer may avoid detection until it is advanced – and it carries a notoriously poor prognosis for survival.

Current research is focused around finding an effective method of prevention – and it turns out that a common, non-toxic and inexpensive mineral may be the key. 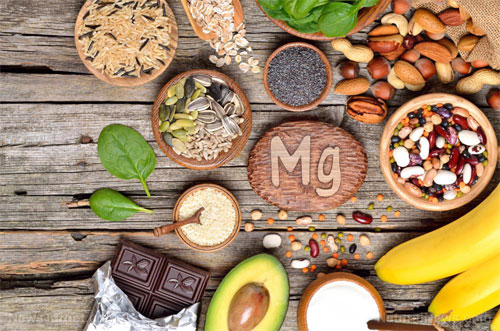 Magnesium is a naturally-occurring mineral and electrolyte that is essential for over 300 different cellular reactions and metabolic processes. It also works in concert with calcium to build bones, and helps to detoxify heavy metals in the body. Although it is not classified as an antioxidant, magnesium has potent antioxidant effects, including the ability to reduce disease-causing oxidative stress and inflammation.

Unsurprisingly, low levels of this indispensable mineral can leave you susceptible to serious illnesses. Magnesium deficiency is widespread, with some natural health experts estimating that it exists in up to 80 percent of the U.S. population.

In a review by the International Society for the Development of Research on Magnesium, researchers found that magnesium deficiency can lead to the initiation, growth and spread of cancer – and also interfere with cancer treatment. Some research suggests that low magnesium causes an undesirable increase in the permeability of cells – which makes it easier for cancer to invade.

The good news: maintaining optimal levels of magnesium provides an impressive amount of protection against life-threatening diseases, including pancreatic cancer.

Researchers have long known that diabetes is a risk factor for pancreatic cancer. In fact, 80 percent of pancreatic cancer patients also have diabetes – or some degree of glucose intolerance – when they are first diagnosed.

Since optimal magnesium levels help to prevent diabetes, researchers were interested in exploring the mineral’s role in preventing pancreatic cancer as well. And the results were striking.

In an 8-year study published in British Journal of Cancer in 2015, 66,806 participants aged 50 to 76 were divided into three groups, representing optimal magnesium intake, sub-optimal intake, and deficient intake. In the “deficient intake” group – which consumed less than 75 percent of the government RDA – the risk of developing pancreatic cancer was elevated by a stunning 76 percent.

Researchers found that the results were proportionate with the dose – in fact, every decrease of 100 mg per day under the RDA was linked with a 24 percent increase in the risk of pancreatic cancer.

Fortunately, the inverse is true – every 100-mg increase in magnesium caused a 24 percent decrease in pancreatic cancer risk.

Although the study links magnesium deficiency with pancreatic cancer, low magnesium levels are not the only risk factor. Diabetes, cigarette smoking, obesity and poor diet can promote the development of pancreatic cancer as well.

Optimal magnesium levels provide a wealth of other benefits

Other research has shown that higher rates of magnesium consumption lower the risk of colorectal cancer.

In one study, giving magnesium supplements to cancer patients decreased the toxic side effects of cisplatin, a conventional cancer medication. Magnesium also slowed the progression of the disease and doubled survival times in cisplatin-treated cancer patients.

Keep in mind: Dietary intake alone may not protect you

The current RDA for magnesium is 310 mg a day for women and at least 400 mg a day for men – but many natural health experts recommend higher dosages.

To boost your dietary intake of magnesium, opt for organic green leafy vegetables, whole grains, fruit and nuts. Avoid processed foods, which may be stripped of up to 95 percent of their original magnesium content.

But, while it’s a good idea to increase your intake of these natural foods, supplements remain the most effective way to achieve cancer protection. For instance, in the pancreatic cancer study, only those who took dietary supplements of magnesium were able to enjoy the protective benefits. Naturally, it is strongly suggested you consult with a trusted healthcare professional – especially if you’re dealing with a serious health condition – before taking any nutritional supplement.

Remember: when it comes to preventing cancer, only a few hundred milligrams seem to make the difference between high risk and low risk. Clearly, magnesium is a simple, cost-effective investment in your health that is well worth the effort.