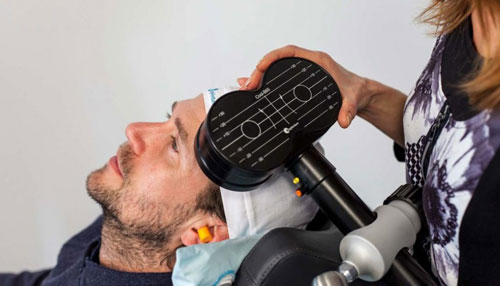 Fears can now be blocked in a split second, provided that a specific region of your brain will be stimulated magnetically.

This is a novel undertaking, seeing that a lot of people these days are afflicted with all kinds of phobias; some panic the first moment that they step foot on an aircraft, others howl like crazy whenever they see a cockroach, and other people would rather get exhausted climbing the stairs than use an elevator — even to get to the 15th floor. In Germany, one in seven people have some kind of anxiety disorder.

These anxiety attacks can get so severe that they may interfere with a person’s day-to-day living. However, help is at hand. “Cognitive behavioral therapy is an excellent treatment option,” said Professor Martin Hermann, a psychologist at the Center of Mental Health of the Wuzburg University Hospital in Germany.

This type of therapy deliberately subjects patients to experience the situations that they are most uncomfortable with – under the psychological supervision of an expert.
The bad news is, this type of therapy method doesn’t seem to work in all patients. Thus the reason why Hermann and researchers from the Department of the Clinical Psychology of the University of Wuzburg have been figuring out ways to improve patients’ response to cognitive behavior therapy.

One of the methods that they came up with was the so-called transcranial magnetic stimulation. The researchers found out that magnetically stimulating a specific region in the frontal lobe of a human brain can make it possible for a person to unlearn anxiety responses. The method can either stimulate or repress brain activity depending on the frequency applied on the subject.

The team further tested it with an experiment: They wanted to find out if they can trigger synaptic responses in the brain that can help a person forget his fear of heights.
Thirty-nine participants who are suffering from achrophobia, or the irrational fear of heights, were taken to dizzying heights in virtual reality for two sessions. “The people feel actual fear in a virtual reality although they know that they are not really in a dangerous situation,” said Hermann.

The researchers stimulated the frontal lobe of a group of anxiety patients 20 minutes before they entered a virtual world; the other group received only a make-believe stimulation, or the stimulation was directed at the ventral media prefrontal cortex.

After two sessions, the group that was treated with transcranial magnetic stimulation experienced less anxiety and fear as compared with the group that didn’t receive the proper treatment.

“The findings demonstrate that all participants benefit considerably from the therapy in virtual reality and the positive effects of the intervention are still clearly visible even after three months,” Hermann said.

The researchers said they have been successful in finding out how technology would fare when used in conjunction with more traditional methods of behavioral therapy. They next plan on testing the method on arachnophobes, or people who have an irrational fear of spiders.