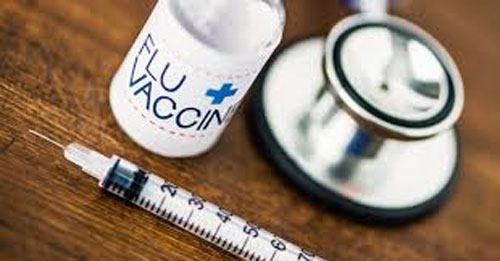 Let’s assume for a moment that the flu vaccine provided a 100 percent guarantee against contracting influenza (which it doesn’t, but just pretend it does).
Would it make sense to vaccinate your family against the flu if doing so meant you increased their risk of contracting other upper respiratory illnesses by more than five times? Of course not!

Reducing the risk of contracting one illness only to heighten the risk of multiple others is simply illogical.
And yet that is exactly what the flu vaccine – which is only between 33 and 70 percent effective, anyway – does.

A study published in the journal Clinical Infectious Diseases actually found that not only did the inactivated influenza vaccine not provide additional protection against the flu virus, but it also left recipients lacking in “temporary non-specific immunity that protected against other respiratory viruses.”

Natural Health 365 reported that while U.S. authorities have tended to look the other way regarding flu vaccine side effects, researchers in China have been far more proactive about determining exactly what the effects of these vaccines might be.

The study mentioned above, which was conducted in Hong Kong, set out to compare the health of vaccinated patients versus those who have not been immunized in relation to either the flu and other illnesses.

The trial included patients between the ages of 6 and 15, some of whom received Sanofi Pasteur’s Vaxigrip vaccine, while others received a saline placebo shot.
The participants were then tracked for an average of 272 days to see whether they went on to develop the flu and/or other illnesses.

“There was no statistically significant difference in the risk of confirmed seasonal influenza infection between recipients of TIV [trivalent inactivated influenza vaccine] or placebo, although the point estimate was consistent with protection in TIV recipients …

The majority of the noninfluenza respiratory virus detections were rhinoviruses and coxsackie / echoviruses, and the increased risk among TIV recipients was also statistically significant for these viruses.

Most respiratory virus detections occurred in March 2009, shortly after a period of peak seasonal influenza activity in February 2009.”

So, not only is the flu shot ineffective, but it increases risk of other viral infections. It is also known to carry serious side effects, including seizures and convulsions, swelling on the brain and Guillain-Barre syndrome, to name a few.

That doesn’t mean, however, that we all need to just concede defeat and get the flu every year. Being proactive about building up your family’s immunity before the flu season can provide protection against a host of illnesses.

The first important step is to avoid foods and drinks that add stress to the immune system, including sugar, processed foods, dairy, gluten, soy and alcohol.
It is also important to maintain adequate hydration by drinking plenty of pure, filtered water.

Increase your intake of fresh, organic produce and herbs, including those that have antiviral and antibacterial benefits like garlic and ginger. Be sure to get enough rest.

It is also advisable to support the liver and immune system by supplementing with high-quality vitamin C, turmeric and Reishi mushroom from a trusted, clean source.

Probiotics, vitamin D and zinc are also important in the fight to boost immunity.
There is a better, safer way to protect your family’s health than by playing Russian roulette with the dangerous flu vaccine.