Mangoes for digestive health: A compound found in the fruit was found to be effective against H. pylori

The next big thing in cancer treatment might just come from a fruit we all know — mangoes. A study published in the African Journal of Traditional, Complementary and Alternative Medicines revealed that mangiferin, a bioactive compound found in mangoes, may reduce the likelihood of gastric cancer induced by the bacteria Helicobacter pylori (H. pylori). 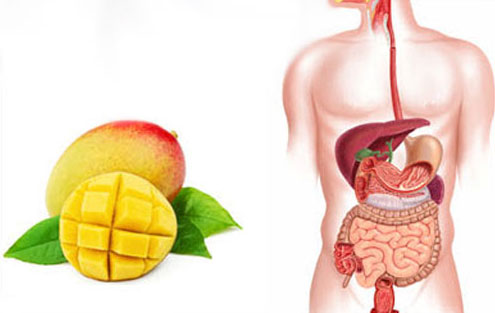 In their study titled “Inhibitory activity of mangiferin on Helicobacter pylori-induced inflammation in human gastric carcinoma AGS cells,” researchers studied whether mangiferin can be used to treat infections caused by H. pylori, which lead to cancer. In addition, they also evaluated its possible pharmacological use, mainly as a risk-free, alternative treatment.

H. pylori are cancer-causing bacteria usually found in the upper gastrointestinal (GI) tract, particularly in the stomach. A person usually gets infected by the bacteria during childhood; however, the infection is asymptomatic for most people.

How it affects people is still up for discussion, but so far, scientists believe that H. pylori can be passed from person to person through getting in contact with an infected person’s bodily fluids (such as saliva) or drinking food and water. It is estimated at least half of the global population carry this bacteria in their gut.

• Peptic ulcers — This condition occurs when the protective mucus of the stomach or the upper part of the small intestine is weakened by the H. pylori infection, causing acid to permeate and irritate the lining beneath.
• Gastritis — The term refers to an inflammation of the stomach lining, usually caused by infection. This can occur suddenly (acute gastritis) or gradually (chronic gastritis).
• Gastric cancer — The World Health Organization (WHO) has classified H. pylori as a group I human carcinogen — which means that there is enough evidence of the cancer-causing properties of the bacteria to humans.

The process by which H. pylori infects cells starts with its attachment to the host cell. Once it is latched, it releases cytotoxins, agents that can harm the cell, into the cell. This will, in turn, cause inflammation of the cell, oxidative stress, and necrosis (or cell death).

There are synthetic antibiotics that are available on the market like amoxicillin, clarithromycin, and metronidazole to treat the infection. These are ineffective in some cases due to the drug-resistant property of bacteria. Moreover, this cannot be administered continuously due to its harmful side effects. “Hence, a natural medicinal plant with anti-H. pylori property with no adverse effect are badly required,” researchers explained.

This is where mangiferin comes in, a polyphenol found in the bark, fruits, and leaves of the Mangiferin indica L. (commonly known as the mango). The polyphenol is known for its antioxidant and anti-inflammatory properties, as well as its ability to prevent tumor growth and proliferation of toxins. However, many studies have shown that mangiferin may also possess anti-cancer properties in correlation to these attributes. Earlier in vivo studies have also demonstrated that it was able to exhibit gastroprotective properties.

For the study, researchers used mangiferin, as well as cultured H. pylori bacteria, and human gastric adenocarcinoma AGS cells (which are cancer cells inside the stomach). The disk agar diffusion method was used to test the antibacterial property of mangiferin, while its ability to prevent inflammation was tested using an immunoblot containing inflamed ASG cells and mangiferin. All experiments were carried out three times and denoted in averages (with standard deviation).

Results revealed that mangiferin possessed antibacterial properties — mangiferin-treated H. pylori samples on the disk agar created an inhibitory zone (or an area where there is no bacteria growth) around it. Higher concentrations of mangiferin resulted in a more extensive inhibitory zone.

Aside from this, it also prevented the growth of H. pylori infections and reduced the spread of AGS cells upon treatment. Mangiferin also decreased inflammation in H. pylori-infected AGS cells. Researchers wrote that this might be attributed to the antioxidant and anti-inflammatory properties of the polyphenol. This, in turn, reduced the prevalence of gastric cancer cells.

While this brings promising results for alternative and natural treatments for H. pylori infections, researchers will conduct further studies on which bioactive component in mangiferin is responsible for its antibacterial properties.

The magic of sage