Millions of Muslims Are Having ‘Jesus Dreams’ and Converting To Christianity 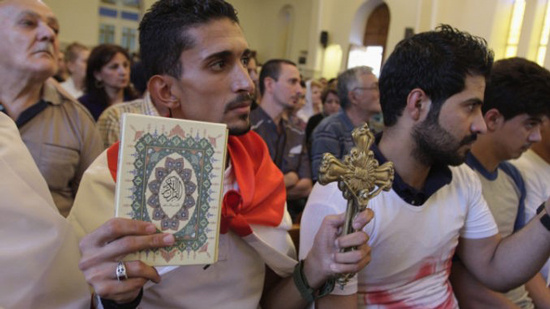 Millions of Muslims across the world have had “dreams of Jesus” and converted to Christianity in recent years, according to a former Muslim who converted and opened hundreds of churches in Pakistan.

Pastor M. El Masih, who started Cry of the Persecuted Church and now lives with his family in the United States, shared in an interview some of his most difficult challenges growing up in Pakistan, where he studied and followed Islam and the Quran for years before converting.
In his book, From Persecution to the Promised Land, Masih, who has spoken in thousands of churches and universities, explains that he grew up in a nominally Christian family but embraced Islam at one point in his pursuit of truth, even becoming a teacher at an Islamic high school.

Desperation and a lack of peace haunted him, however, and it was through the help of other believers and a pastor sharing the Gospel of Jesus with him that he decided to become a Christian in 1993.
He faced heavy persecution for his newfound faith, however, and was treated as a second-class citizen by the Muslim majority, a situation that continues to this day for Christians and religious minorities in Pakistan.

Masih said that the Gospel is reaching many in the Muslim world. He added that even if Islam is growing worldwide due to high birth rates, over 6 million Muslims each year become Christians in Islamic countries. 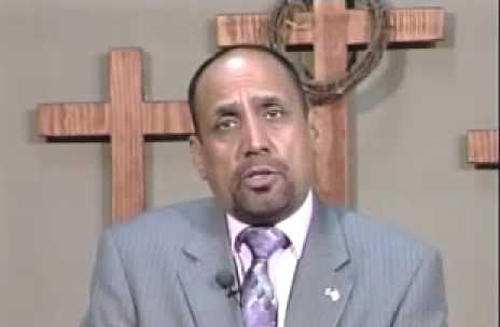 Many Muslims are making decisions to convert, and not necessarily because of the Bible or a preacher who has reached them, but because Jesus Himself has visited them in dreams and visions, he noted. This is a testimony which has been echoed by other Christians in persecuted regions worldwide.
In the book, Masih talks about the rise of his ministry and his efforts in establishing churches. He also says that through the power of God, he has witnessed and taken part in several healing miracles.

He shares of instances where through prayer in the name of Jesus, he has seen paralyzed women stand up and start walking; and in another case for a nearly blind man, Jesus “restored his sight immediately”.
The pastor also warns of various dangers facing Christians around the world, including persecution at the hands of Islamists, whom he says have falsely convinced many in the West that Islam is not a threat.

Additionally, he points to spiritual threats that come from demons, witchcraft, and satanic forces, which he said are not fantasy, but real.
Below is an edited transcript of Masih’s interview with The Christian Post about his book, From Persecution to the Promised Land.

“In the book, you point out that a lot of media in the U.S. don’t want to say that Islam is violent. Where do you think this reluctance comes from? Is it an ignorance of the Quran or is there a more political reason?

Masih: I believe it’s actually both. There are really three reasons why the media does not want to say that Islam is violent.
First, people do not know much about the Islamic religion, what it stands for, what the beliefs are, because they rely on the liberals to give them correct information. They see those practicing Islam in the West show a face of calm and peace. When in the minority, as Muhammad was at first, they work well with others, showing a peaceful side. But when the numbers get stronger there becomes no freedom of speech for those who are of other religions.

If Islam was truly a religion of peace it should be shown and practiced this way in both the East and the West. If you really read the Quran you will see the black and white teaching in the Quran which is anti-all religion, especially Jews, Christians and idol worshipers. The Quran is where the religion of the Muslims comes from.

Second, people in the West, for political reasons, are always trying to be politically correct in order to receive those much needed votes. This causes them to stay away from topics such as religion. Even those who voice their concerns through the media, especially those [media outlets] whose majority shares of their companies are owned by Eastern countries, will not print many stories on this controversial subject.

Third, there is much fear involved, which promoted by the Muslim cleric decrees, against those in opposition to their religion. This will cause people to think long and hard before they speak against Muslims.

Of all of the persecution and different challenges you faced while growing up in Pakistan, what would you say was the most difficult for you to deal with?

Masih: The most difficult, I believe, was the daily discrimination that I suffered once I stepped out of my home. Facing non-Christians as we went shopping or anywhere in public, for that matter, we were treated like second-class citizens. It was very painful emotionally and difficult to live through the persecution.
You would start questioning who you really were because it was easy to lose our true identity. There was also always fear of being discovered as a Christian. We tried to hide that fact as best that we could.

You mention that Jesus has appeared in dreams and visions to many Muslims who later became Christians. How does one tell the difference between a dream that is actually from Jesus and dreams that are not?

Masih: Any dreams which align with the Word of God are from Jesus. If you have a dream and claim to meet Jesus, your life will be dramatically changed. The truth of God’s Word will give that person strength to lay their lives down for Jesus, if called to do so. The apostles and many others, even today, were willing to die for the truth of Jesus Christ.

There have been many stories of people receiving dreams of Jesus and deciding to follow Him, especially in non-Western countries. Why do you think such dreams are much more common for people outside of America and the West?

Masih: The no. 1 reason is it’s very dangerous for anyone to preach the Word of God face-to-face in non-Western countries. God reveals things through dreams to evangelists/pastors. People in the East are more uneducated and unable to read the Bible so God uses this method to reach them.

The second reason is that people are very faithful in the East, placing themselves in positions to see the signs of God by studying the Word of God. Eastern people watch for the signs and miracles to show that the Word of God is alive. It is a privilege, one not everyone can share in – to own a Bible in the East.
In the West, people look more for wisdom, like the Greeks of old. They do not always rely on faith, which can’t be seen. 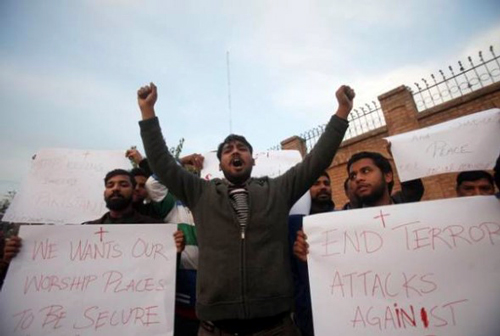 Christians in Pakistan hold placards to condemn the Quetta Church attack during a protest in Peshawar, Pakistan – December 17, 2017.

As you mention, miracle healings are sometimes a controversial subject. What would you say to people who are discouraged from believing that such healings are possible, due to their distrust of prosperity gospel preachers?

Masih: As Psalm 127:1 states, “Except the Lord build the house, they labor in vain that build it: except the Lord keep the city, the watchman waketh but in vain.” The Lord our God is mighty. We have heard that money is the root of all evil. Jesus talks about always giving freely the prayers and healings, no fees are to be charged for attending the services.

When healing and deliverance becomes too much of a business we don’t always see the healing and the true miracles occur. To know that the healing and miracles have truly occurred is to watch the persons walk. Have they truly changed?
Unfortunately, some use the Gospel to make money, not to put back into the ministry to save more souls, but for greedy intent. In the East, the people are poor. They can’t afford to go to the doctor so they call upon God and He brings healing when they call upon Him.

What would you say are the biggest things that American Christians don’t know or don’t understand about the persecution people suffer in Pakistan?

Masih: Not all people in the West understand what it feels like to live in a cage 24/7. Suffering comes in the form of mental, social and physical persecution. Because of our beliefs we are treated like a second-class citizen. There is no freedom of speech or religion. It is not easy to comprehend the pain Christian believers go through anywhere they live, as a minority in their nation.

For example, if you go to a restaurant and the owners who are not of Christian faith find out you are Christians, they either refuse to serve you, or give you separate cups just for your kind. Even in the 21st century those that do not follow Jesus and His walk in love also do not understand. God sees His children as all the same. He judges us through the work of Jesus.

What is the one message you would most like people to take away from your book?

Masih: Don’t take freedom for granted. Appreciate it and use it wisely. Don’t use it to sin but use it to win the lost people for Jesus.
Don’t wound yourself when people say bad things against you. Have the attitude of Jesus, asking God to forgive others. Learn to love your enemies and those who hate you. The main message is to love all people regardless of race or religion.”