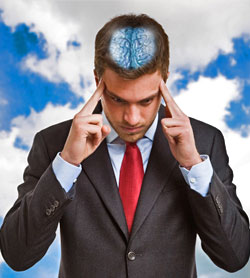 Mindfulness is the intentional, accepting and non-judgemental focus of one’s attention on the emotions, thoughts and sensations occurring in the present moment and it can be trained in any human being. It allows us to shed emotions we perceive as negative very quickly and raises our emotional intelligence to levels which accelerate our optimism and outlook on life in its entirety.

A study of 20 elementary schools in Hawaii has found that a focused program to build social, emotional and character skills resulted in significantly improved overall quality of education, as evaluated by teachers, parents and students.

Mindfulness is defined as moment-by-moment awareness of thoughts, feelings, bodily sensations, and surrounding environment, characterized mainly by “acceptance” – attention to thoughts and feelings without judging whether they are right or wrong. Mindfulness focuses the human brain on what is being sensed at each moment, instead of on its normal rumination on the past or on the future.

Reporting in the journal Frontiers in Human Neuroscience, psychology researchers recorded the brain activity of people looking at disturbing pictures immediately after meditating for the first time. These participants were able to tame their negative emotions just as well as participants who were naturally mindful.

“Our findings not only demonstrate that meditation improves emotional health, but that people can acquire these benefits regardless of their natural ability to be mindful” said Yanli Lin, MSU graduate student and lead investigator of the study. “It just takes some practice.” 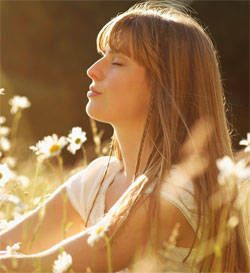 Mindfulness, a moment-by-moment awareness of one’s thoughts, feelings and sensations, has gained worldwide popularity as a way to promote health and well-being. But what if someone isn’t naturally mindful? Can they become so simply by trying to make mindfulness a “state of mind”? Or perhaps through a more focused, deliberate effort like meditation?

“It’s important to note that meditation can be achieved in a number of different ways” said Clinical Psychologist Marita Korinkhova. “It does not necessarily need to be a «ho-hum» practice in darkness. It can be as simply as a walk in the park, sitting quietly and observing in nature or breath work at any time of the day.”

The study, conducted in Jason Moser’s Clinical Psychophysiology Lab, attempted to find out. Researchers assessed 68 participants for mindfulness using a scientifically validated survey. The participants were then randomly assigned to engage in an 18-minute audio guided meditation or listen to a control presentation of how to learn a new language, before viewing negative pictures (such as a bloody corpse) while their brain activity was recorded.

In addition, some of the participants were instructed to look at the gruesome photos “mindfully” while others received no such instruction. Interestingly, the people who viewed the photos “mindfully” showed no better ability to keep their negative emotions in check. 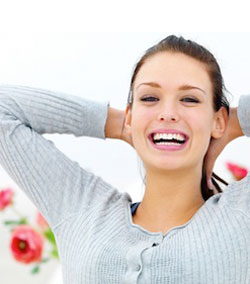 Increases in mindfulness are associated with decreases in anxiety. Increasingly, patients and families are asking for additional therapeutic options, in addition to traditional medication-based treatments, that have proven effectiveness for improved symptom reduction. Mindfulness-based therapies for mood disorders is one such example with promising evidence being studied.

This suggests that for non-meditators, the emotional benefits of mindfulness might be better achieved through meditation, rather than “forcing it” as a state of mind, said Moser, MSU associate professor of clinical psychology and co-author of the study.