If they are being honest, doctors will tell you that, during medical school, they learned very little about nutrition and exercise, and how both can contribute to healthier lifestyles. And the problem is not just limited to the United States; it’s pretty much endemic to modern medicine. 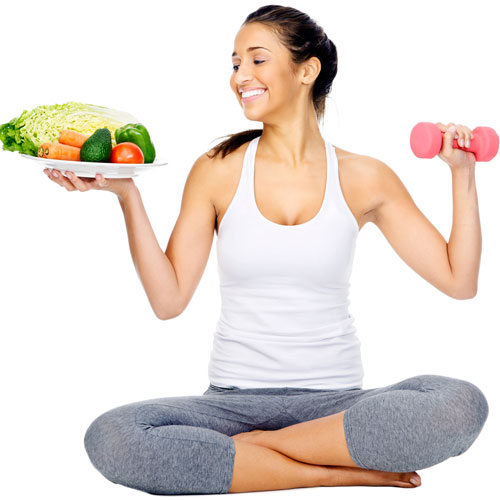 In Britain, as reported by The Guardian, most physicians are not very well equipped to take on the country’s rising frequency of diseases imposed by lifestyle choices. That’s because they were not taught much about the benefits of better nutrition and more exercise, according to a prominent doctors group.

“There is a lack of knowledge and understanding of the basic evidence for the impact of nutrition and physical activity on health among the overwhelming majority of doctors” the group stated in a letter to the Medical Schools Council (MSC) and General Medical Council (GMC), according to the paper. “This has its roots in the lack of early formal training.”

The physicians warned further that London’s goal of preventing tens of thousands of premature deaths due to heart disease and cancer by the year 2020 will not be achieved without a major shift in the way some 8,000 mostly young people per year who begin medical school are taught about diet, lifestyle, and nutrition.

Supporters of such reforms include Sir Richard Thompson, the former president of the Royal College of Physicians; Prof. Chris Oliver of Edinburgh University; Dr. David Haslam, chair of the National Obesity Forum; and Dr. Aseem Malhotra, a cardiologist and better health activist.

They would like to see the MSC, which currently represents the United Kingdom’s 34 publicly-funded medical schools, “support the introduction of evidence-based lifestyle education” which they say should include elementary training in nutrition, as well as the impact physical exercise and conditioning has on overall health and chronic disease.

Going further, the doctors group believes that all of Britain’s quarter of a million doctors should get the very same education and training in order to bolster their ability to assist patients diagnosed with obesity, diabetes and heart disease.

Haslam, who is a general practitioner, says that as it is unfathomable for medical schools to not teach students about cancer, it should be “equally unthinkable” to not provide medical students with more in depth knowledge about obesity. He called the current dearth of curriculum regarding the benefits of better nutrition and physical activity “a situation that cannot continue if unnecessary deaths and illnesses are to be avoided”.

Oliver, of Edinburgh University, added that a recent study of medical students at his institution found that only 14.9 percent of them knew how much daily exercise the UK’s chief medical officers have recommended for adults, in order to improve their overall health and reduce their risk of heart disease, diabetes and other obesity-related illnesses. And less than 10 percent of them said they felt adequately educated to provide their patients with advice regarding physical activity, while more than nine in 10 said they would welcome more training on such subjects.

If the goal is to reduce disease and morbidity, then doctor training has to start including nutrition and exercise

This problem isn’t new. In a 2010 article for Natural News, Mike Adams, the Health Ranger, noted that American health professionals had “astonishing gaps in knowledge” about nutrition in particular – something that “should be considered basic health information in any first-world nation”. He also noted that most parents in the U.S. also lack similar basic health and nutritional knowledge, because they, too, are not taught much about it in high school or college.

In Britain, the MSC’s chief, Katie Petty-Saphon, told The Guardian that “areas such as unhealthy lifestyles will require greater emphasis” in medical schools in the near future if doctors of tomorrow are to be well-versed in the nutritional and exercise knowledge necessary to end conditions like chronic obesity, heart disease, some cancers and diabetes. She is advocating regulatory changes in medical school curriculum to address the gap.