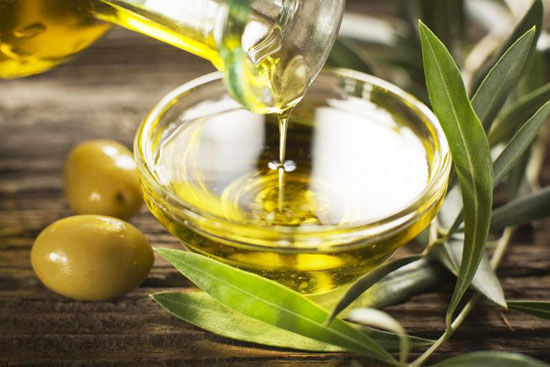 Experiments carried out in mice have revealed that a compound commonly found in extra-virgin olive oil can reverse some of the negative effects of a high-fat diet. This compound, called hydroxytyrosol, was able to reverse markers of insulin resistance and non-alcoholic fatty liver disease in mice fed on a high-fat diet. The results are published in the open access journal Lipids in Health and Disease.

While there is substantial evidence that consuming extra-virgin olive oil as part of a balanced diet can be beneficial to health, the biological and physiological reasons for this association have been unclear.

Dr. Rodrigo Valenzuela, lead author from the University of Chile, said: “Hydroxytyrosol is a polyphenol found in extra-virgin olive oil, which is known to have antioxidant properties and may play a key role in its health benefits. Our research shows that in mice fed on a high-fat diet, hydroxytyrosol exerts a protective effect in the liver.”

The researchers were interested in looking at the effects of hydroxytyrosol on specific enzymes in the liver that are important for the synthesis of long chain poly-unsaturated fatty acids, some of which play an important role in vascular health. Mice fed on a high-fat diet were shown to have a reduction in these liver enzymes, which was linked to an imbalance in the fatty acid composition of the liver, brain and heart. Mice on a high-fat diet supplemented with hydroxytyrosol showed enzyme activity and fatty acid composition in these three organs which reflected that seen in mice fed a regular diet.

Valenzuela explained: “Our study found that mice fed on a high-fat diet had signs of non-alcoholic liver disease which we believe has led to the noticeable reduction in enzyme activity in the liver and the negative effects on fatty acid composition in this, and other, organs. We also found that the liver showed signs of increased oxidative stress, which we know has links to fatty liver disease. It is intriguing that adding a relatively low dose of hydroxytyrosol to the diet was able to reverse these effects, reduce the signs of fatty liver disease, and reduce negative effects seen in the other organs.”

Four groups of 12-14 mice were fed on either a high-fat diet (60 percent fat) or a control diet (10 percent fat), with or without supplementation of 5 mg hydroxytyrosol per kg body weight (appropriately adjusted for their tiny weight), administered orally, for a 12 week period. Blood and tissue samples were collected at the end of the experiment to study the dietary effects on oxidative stress, fatty acid composition and enzymatic activity in multiple organs.

The results of this study strengthen the evidence that many of the benefits associated with dietary consumption of extra virgin olive oil may be linked to its content of hydroxytyrosol, according to the researchers.

Valenzuela added: “Our results indicate that hydroxytyrosol may be a key part of the health benefits of extra virgin olive oil. We have demonstrated that this compound may offer protection against oxidative stress and detrimental fatty acid composition in the liver, heart and brain caused by a high-fat diet. However, caution should be taken when extrapolating these findings to human consumption of hydroxytyrosol as our experiments have been conducted with mice in a controlled environment.”