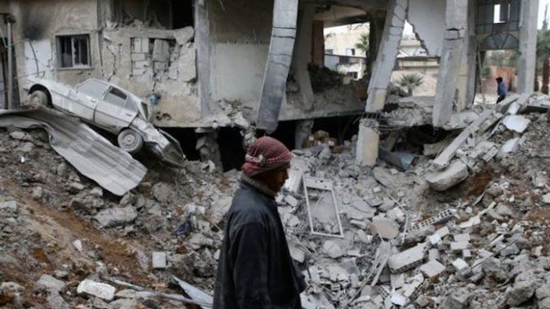 In case you haven’t read or heard enough war propaganda in the past few days, this may be the most obvious chunk yet. The mainstream media is actually now proclaiming that Syrians are circulating memes around the internet declaring their love for president Donald Trump in hopes he will bomb their country.

It really should be enough to make people sick – seeing the mainstream media so willing to go to war over what can only be described as an unverified chemical attack, just weeks after the president declared he’s pulling US military out of Syria. But it must not be.

According to Fox News, as President Donald Trump was tweeting intentions to strike in Syria immediately after April 7 suspected chemical weapons attack, supporters of the Syrian opposition were waiting with baited breath, enthusiastically circulating pro-Trump memes in a bid to whip up support for US action. In other words, the mainstream media is boldly declaring that the rebels in Syria want a war and they want the US to join in.

However, the biased media coverage of the alleged attack started another war, and it certainly appears that it was exactly what the government and the mainstream media both truly wanted. Without question, flipping through the channels on the TV or scrolling through any social media platform online will give you the sense that the American left and right have finally united in the common goal of slaughtering other living, breathing, human beings – without evidence.

“We are all with Trump, we will never forget that he stands with us and save us from the hell of Russia, Iran, and Assad”, Tarek Muharam, 40 years old, a leader in the opposition Free Syrian Army (FSA) told Fox News. “Finally, someone smelled the smell of chemical weapons and decides to stop these massacres.” Where do you even begin with this one? It’s clearly pro-war propaganda, but people are swallowing this narrative like it’s the finest champagne ever produced.

Syrians holed up in rebel-held areas and in the larger diaspora on April 11 circulated a new meme on social media featuring Trump’s face – overlaying an American flag – with the words “We love you” in Arabic and English, Fox News reported. 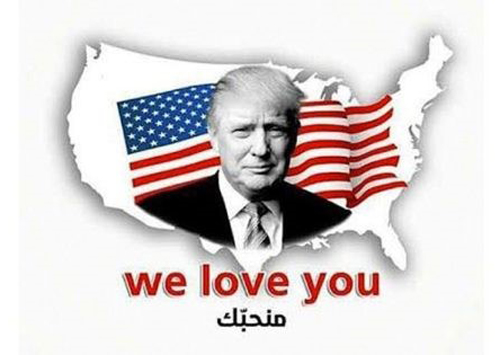 The American left and the right seem to be united in their desires to go to war. So where does that leave the US citizens who want to be left alone to live their lives peacefully without coercion or death or war? Caught. Right in the middle of the unification of war-mongering left and right statists intent on the brutal massacre of as many human beings as possible.

Western propaganda against countries targeted for “regime change” can be especially insidious because mainstream journalists abandon skepticism and go with the flow, wrote Global Research. We saw this in perfect formation when fellow “journalists” actually attacked Tucker Carlson for simply asking the tough questions before America decided to rush head first into a death-filled melee and to start killing people.

In fact, Carlson, who is on Fox News, questioned the entire situation noticing, like the rest of us, that there appears to finally be unification in Washington; unification for a Third World War. Just asking the government to verify that the chemical attack was, in fact, carried out by Syria’s leader, Bashar al-Assad saw Carlson met with all the fire an fury other media pundits could muster. For merely asking the rather obvious questions, alternative media and journalists like Carlson are told to “shut up” and “obey” the master that was forced on Americans through the votes of statists. Are we conspiracy theorists for not blindly believing the media and the government and for not following the masses to war?

Questions about the events leading up to the possibility of a devastating war should not be dismissed as the crazy rantings of lunatics, but rather should be looked at as a moment of reflection. Why isn’t everyone asking these very same questions? Has everyone become so desensitized to war that they can’t be bothered to ponder the outcome of the missile strike against Syria?

There are, fortunately, alternative media websites that will not simply “shut up” so others can wage a war in the name of the American people. No matter how the media tries to spin it, freedom and peace are not extreme. Control and war are extreme.