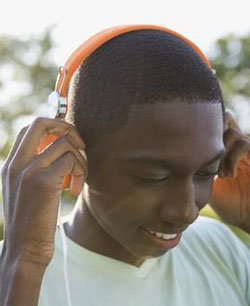 Everyone can attest to the uplifting effect that a good tune can have on one’s mood. Whether it’s a familiar song that always brings to mind a happy time in the past, or a classical piece that leaves you feeling inexplicably cheerful, music can have a powerful effect on the way you feel. Humans have long been aware of the connection between music and mood, so why do so many people who are depressed turn to medication when there is solid evidence backing the effects of music on a person’s well-being?

In fact, new research shows that music therapy can help young people cope with depression and boost self-esteem, and the finding couldn’t come at a better time, as more and more children are being prescribed antidepressants needlessly despite evidence that they are the group that is most vulnerable to these drugs’ most frightening effects, including a higher risk of suicide.

The study, which was the biggest of its kind ever conducted, looked at 251 children between the ages of 8 and 16 who were being treated for emotional, developmental, or behavioral problems. Half of these children underwent music therapy in addition to normal care, and the children in this group showed higher self-esteem and lower levels of depression than those who only received normal care. As part of the music therapy treatment, therapists asked the children to describe their feelings by playing a musical tune.

The study was published in the Journal of Child Psychology and Psychiatry in October 2016. The researcher who led the study, Professor Sam Porter, remarked that he’d like to see healthcare providers considering these findings when deciding which care to support for young people.

The chief executive of music therapy charity, Every Day Harmony, Ciara Reilly, stated: “Music therapy has often been used with children and young people with particular mental health needs, but this is the first time its effectiveness has been shown by a definitive randomized controlled trail in a clinical setting. The findings are dramatic and underscore the need for music therapy to be made available as a mainstream treatment option.”

Depression treatment with no adverse physical or mental side effects 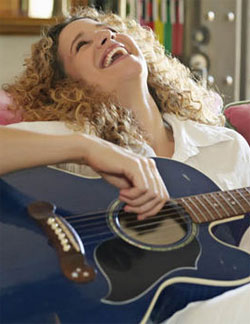 This is great news for people of all ages who want to manage depression without turning to antidepressants, which often fail to have an effect and can even make depression worse. Not only have these medications been shown to make people suicidal, but they also have a number of negative physical side effects. Music therapy, on the other hand, does not put your physical or mental health at risk.

Music therapy can be active – which involves patients singing, playing instruments, or composing songs – or it can be receptive, where the patients listen or dance to music that is played for them. It can be carried out individually or in group sessions, depending on the person’s social needs.

Previous studies have shown that sound-rich environments boost brain function, and a study of stroke patients found improvements in verbal memory and focus, in addition to lower levels of depression among those who participated in music therapy.

Music therapy can also form part of a holistic treatment plan for depression. It can be used in conjunction with aromatherapy, which entails filling the room with the uplifting fragrance of essential oils, and art therapy, which has a calming effect on anxiety and stress.

Music therapy can help people of all ages

The benefits aren’t just limited to young people, either. Music therapy is often used to help senior citizens cope with depression, and it can even be used to help those who have suffered a stroke to re-learn their language skills. It also alleviates boredom, shifts negative thought patterns, promotes social interaction and rekindles positive memories among depressed elderly people.

If you or someone you know is struggling with depression or low self-esteem, why not give music therapy a try? There is little to lose, and plenty to gain, by turning to this safe and fun coping mechanism.

Orwell Could Never Have Predicted This Level of Surveillance