Orwell Could Never Have Predicted This Level of Surveillance 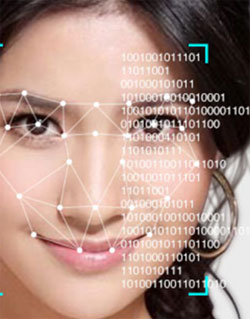 We love technology. We can’t imagine life without the modern conveniences of telephones, email, and the Internet. Not to mention running water, air conditioning, and automobiles. But sometimes, technology gets… well, creepy.

And the creepier the technology, the more likely Big Brother will use it to keep tabs on you. A case in point is the increasing sophistication of facial recognition technology.

Facial recognition combines digital images of faces with software that creates a unique “faceprint” of each one, along with a database of images against which “faceprints” can be compared.

In the US, you generally have no right to privacy with respect to your facial features. And no federal law regulates the collection of biometric data. If you’re in a public place, the courts have concluded you have a greatly reduced expectation of privacy. Anyone with a camera can legally take your picture in a public space.

But the rules for face recognition are beginning to change, thanks to laws in a handful of states and a court decision involving one of the largest collections of faceprints in existence, compiled by Facebook. In May 2016, a federal judge in California refused to dismiss a class action lawsuit against Facebook brought by residents of Illinois. The lawsuit alleged Facebook collected, stored, and used faceprints in violation of the Illinois Biometric Information Privacy Act (BIPA). The law is intended to protect the privacy of Illinois residents in their personal biometric data. Regulated biometric identifiers can include a scan of “face geometry”.

Facebook uses face recognition technology to match photographs users have uploaded to subsequently present “tag suggestions” for digitized images uploaded later. Subscribers can then “tag” friends or family members. At first glance, it seems completely harmless, especially since you can turn off “tagging” in your Facebook settings. But the Illinois plaintiffs didn’t see it that way at all.

And the fact is Facebook has the largest single collection of images ever assembled. More than one billion Facebook users had uploaded more than 250 billion pictures by 2013, and the total number today is undoubtedly much higher. Of course, not all the photos are of faces, but many – perhaps most – are.

But what’s the real harm in allowing companies like Facebook to assemble vast face databases to make “tag suggestions”? 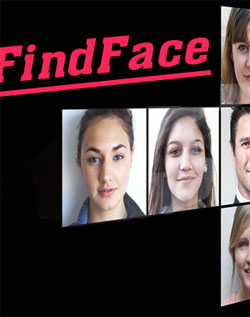 Consider FindFace, a face recognition app now taking Russia by storm. FindFace allows users to photograph people on the street, in a bar, or anywhere else and identify them by matching the photos to digital images uploaded to VK, a Russian social networking site. VK has about 200 million users – large, but not nearly as big as Facebook. The developers claim the system is 70% reliable in identifying the right person, with each version of the app improving accuracy. Apparently, FindFace can’t match photos posted on Facebook, at least not yet…

The really creepy part is the way the app has already been used – and abused. FindFace makes it possible for stalkers to harass individuals on the street who have VK profiles. The founders – 20-something males – envision being able to take a photo of an attractive woman, match her photo to a VK profile, and then ask her out on a date. But they believe the real breakthrough for their company will come when law enforcement authorities adopt it. They claim police have already used FindFace to locate criminal suspects who had seemingly disappeared.

It turns out that something similar and even creepier is already underway in the US. But instead of Facebook, authorities are using a database you can’t opt out of or turn off – archives of state driver’s license photos. State and local police and the FBI all use face recognition software to scan state driver’s license records to track down fugitives. And as part of the “Real ID Act” states must digitize driver’s license photos, making it possible for face recognition software to sift through millions of photos in search of a match.

Several companies have developed systems that allow police to search these facial archives. The systems consist of a handheld face recognition device that plugs into a smart phone, and they’re being used by an increasing number of police departments nationwide.

It’s easy to see how this technology could be abused, and not just by stalkers.
Let’s say you’re in a public demonstration against the ruling party that gets out of hand. Police identify the participants with face recognition and then arrest them at their leisure. Not to mention whistleblowers and those who support political causes or social issues that aren’t approved of by most Americans. 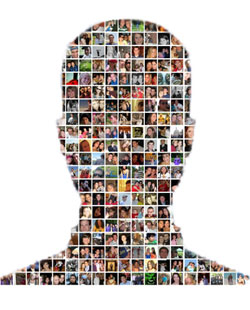 It’s not easy to protect your privacy against this technology, but there are a few suggestions:

– Don’t renew your driver’s license until it expires. Photos taken more than a decade or so for driver’s licenses aren’t necessarily in digital form and are harder to match. A few states even allow you to cite your religious beliefs to avoid having a photo appear on your driver’s license at all.
– Unsubscribe from Facebook and other social networks. If you use these networks, don’t post photos of yourself.
– Wear head coverings. A hat will prevent a camera above you from capturing a clear image of your face, unless you look at it. If you’re a Muslim woman or don’t mind dressing as one, a burqa will obscure your entire face.
– If you’re a man, grow a beard. Like hats or other head coverings, a beard – at least a full one – hides enough of your face to make face recognition more difficult.

One thing is for certain. The technology underpinning face recognition will only improve. Be ready for it by acting proactively.