Myths and truths about Zbigniew Brzezinski 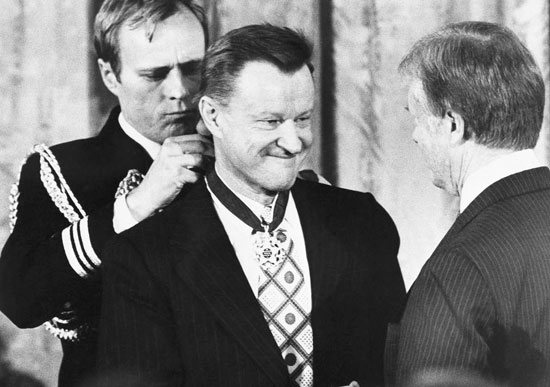 Brzezinski’s death in 26 of May 2017, at 89 years of age has generated a load of propaganda and disinformation, all of which served one interest group or another or the myths that people find satisfying. I am not an expert on Brzezinski, and this is not an apology for him. He was a Cold Warrior, as essentially was everyone in Washington during the Soviet era.

For 12 years Brzezinski was my colleague at the Center for Strategic and International Studies, where I occupied the William E. Simon Chair in Political Economy. When I was elected to that chair, CSIS was a part of Georgetown University. However, the president of Georgetown University was one of those liberals who hated Henry Kissinger, who was also our colleague, and the university president also hated Ronald Reagan for his rhetoric, not for his deeds about which the Georgetown president was uninformed. So I also was unwelcome. Whatever I was worth to CSIS, Kissinger was worth more, and CSIS was not going to give up Henry Kissinger. Therefore the strategic research institute split from Georgetown university. Brzezinski stayed with CSIS.

When my 1971 book, Alienation and the Soviet Economy, which had circulated clandestinely inside the Economic Institute of the Soviet Academy of Sciences in mimeographed form for years, was republished in 1990 with an introduction by University of California, Berkeley, Professor Aaron Wildavsky, Brzezinski, along with Robert Conquest and two members of the USSR Academy of Sciences, provided cover endorsements for my book. Brzezinski wrote:
“Professor Roberts’ explanation of Soviet economic development is timely, and it fills a noticeable void in the existing literature. The book is beneficial reading for experts and non-experts alike who wish to understand the theoretical Marxian framework within which the Soviet economy grew and declined.ˮ

I quote his endorsement for two reasons. One is to show upfront that I might be biased in my account of Brzezinski. The other is to establish that both Brzezinski and I did not regard the Soviet Union as a long-term threat.

Although we were both Cold Warriors I was a member of the Committee on the Present Danger both of us favored a peaceful, not a war or conflict resolution of the Cold War. Brzezinski was most certainly not a Neoconservative determined to remove Russia as a constraint on American unilateralism. Brzezinski, as National Security Advisor to President Carter, did not prevent SALT 2, which the Carter Administration honored despite the refusal of the US Senate to ratify it.

Brzezinski was born in Warsaw, Poland in 1928. His father was a Polish diplomat posted to Germany and the Soviet Union. In 1938 Brzezinski’s father was posted to Montreal, Canada, as Consul General.

The Molotov-Ribbentrop Pact and the Yalta Conference in which Churchill and FDR assigned Poland to the “Soviet sphere of influenceˮ resulted in Brzezinski growing up in Canada where he was educated. Subsequently he obtained a Ph.D. from Harvard University and became a professor at that university. Brzezinski has all the conspiracy marks against him. He was a member of the Council on Foreign Relations and the Bilderberg Group.

Fortunately for me, when I was nominated for membership in the Council on Foreign Relations, I was blackballed.

Brzezinski being Polish and his wife also being Eastern European is enough to explain his animosity toward Russia. However, Brzezinski was not a warmonger. He was an advisor to Hubert Humphrey’s presidential campaign, advocated de-escalation of US involvement in the Vietnam war and resigned from a US State Department position in protest to Washington’s expansion of the Vietnam war. Simultaneously, he opposed George McGovern’s pacifism.

In my opinion, for what it is worth, Brzezinski wanted to make sure that America held on long enough for the Soviet Union to collapse from its internal contradictions. Brzezinski did not seek to impose American world hegemony. This is a neoconservative goal, not a Cold Warrior’s goal.

As President Reagan emphasized, the point of “winningˮ the Cold War was to end it, not to achieve hegemony over the other party. Brzezinski’s strategy as National Security Advisor toward luring the Soviets into Afghanistan was to weaken the Soviet Union and, thereby, hasten an end to the Cold War.

These are the facts as I experienced them. If I am correct, the truth is different from what we are hearing both from the Russian and Western media, both of which portray Brzezinski as not only evil in wanting to destroy the Soviet Union, but also as the Cold Warrior who created the Cold War, a war that had begun three decades prior to Brzezinski’s rise as National Security Advisor.

As I recall, Brzezinsky wanted to use ideas, like V in V for Vendetta, against the Soviets and not military force. This, if memory serves, was the difference between Brzezinsky and the military/security complex, which preferred force, and Secretary of State Cyrus Vance, who preferred arms control.

I was born into The Matrix. It took many decades, insider experience, and fortuitous experiences for me to escape. Brzezinski might have been one of the fortuitous events.

I remember him telling me that as National Security Advisor he was awakened in the middle of the night with the message that a couple hundred Soviet ICBMs were on their way to America. Before he could clear his mind, he was told that it was several thousand ICBMs on their way to destroy America. As the futility of a response hit him, a third message reached him that it was all a mistake from a training exercise somehow being transferred into the early warning network.

In other words, Brzezinsky understood how easy it was for mistakes to launch a nuclear holocaust. He wanted to end the Cold War for the same reason that Ronald Reagan wanted to end the Cold War. To make Brzezinsky and Reagan the villians, as the left-wing does, when the real villians are the Clinton, George W. Bush, and Obama regimes that have convinced Russia that Washington is preparing a nuclear first strike on Russia, is a form of ideological idiocy.

But idiocy in the West is what we live with. The question is: how much longer can we survive our idiocy? I think that the “Soviet Threat,ˮ the basis for the Cold War, was a hoax. It was created by the military/security complex, about which President Eisenhower warned us to no effect. 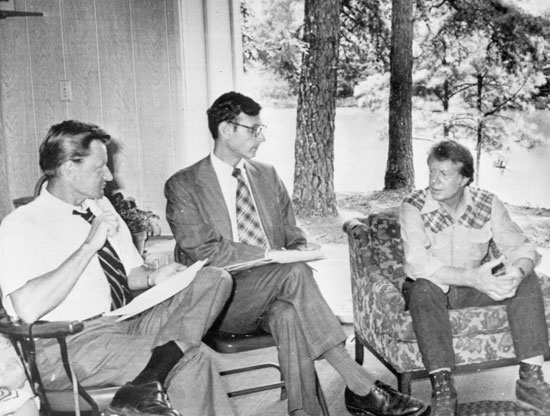 The patriotic war movies, the patriotic Memorial Days and July 4ths with emotional thanks to those who died “saving our freedoms,ˮ which were never in danger from the Japanese and Germans, only from our own government, succeeded in brainwashing even National Security Advisors. Little wonder the insouciance of the American population today.

The photo of the naked young Vietnamese girl fleeing down the road in terror from the American napalm behind her made us aware that the Cold War had many innocent victims. The Soviet troops sent to Afghanistan were victims as were the Afghans themselves.

Treading water while looking for a new justification for bleeding the American taxpayer, the military/security complex had President Clinton declare the US to be the World Policeman and to destroy Yugoslavia in the name of “human rights.ˮ With Israeli and neoconservative input, the military/security complex used 9/11 to create the “Muslin Terrorist Threat.” This hoax has now murdered, maimed, dispossessed, and displaced milions of Muslims in seven countries.

Despite 16 years of Washington’s wars against countries ranging from North Africa to Iraq, Syria, Yemen and Afghanistan, the “Muslim threat” does not suffice to justify the $1.1 trillion US military/security annual budget. Consequently, the Russian Threat has been resurrected.

The Muslim Threat was never a danger to the US. It is only a danger to Washington’s European vassal states, who had to accept millions of Muslim refugees from Washington’s wars. However, the newly created Russian Threat is a threat to every American as well as to every European.

This dire Russian announcement received no western press coverage. No high official of any Western government, Trump included, called Putin to give reassurances that no such attack on Russia was being planned.

So, what happens next time when a false alarm, such as the one Brzezinsky received, is received by his counterpart in Moscow or the National Security Council? Will the anamosities resurrected by the evil US military/security complex result in the Russians or the US believing the false signal?

The insouciant populations of the West, including the members of the governments, do not appreciate that they are living on the edge of nuclear destruction. The very few of us who alert you are dismissed as “Russian agents,“ “anti-semites,” and “conspiracy theorists.”

When you hear a source called a “Russian agent,ˮ an “anti-semite,” or a “conspiracy theorist,” you had better listen to them. These are those in the know who accept arrow slings in order to tell you the truth.

You will never, ever, get the truth from the Western media or from any Western government. The most important truth of our time is that the world lives on the knife-edge of the American military/security complex’s need for an enemy in order to keep profits flowing.

The brutal fact is this: For the sake of its profits, the American military/security complex has subjected the entire world to the risk of nuclear Armageddon.