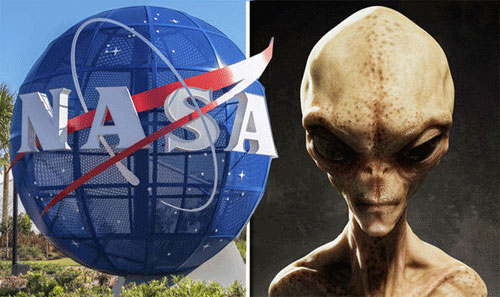 Today it’s a widespread belief that NASA is just a part of a military industrial complex, and this is nothing new. However, the agency’s statement in December 2016 that “there are indications of alien life” has shed light on a matter that has been a taboo for many years now.

What we are dealing with now is the fact that this evidence has been hidden from the public (us) for decades. In an effort to unveil NASA’s real purpose, William Cooper, who is just one of many, lost his life under mysterious circumstances. Hopefully, his death will not be in vain.

It’s just a confirmation that our planet is visited by aliens, but also that many different ET races are interfering with our DNA for centuries. We are talking about 10-million-year old humanoid races.

There are a number of UFO photos that have also been disclosed.

The public will also learn that chemtrails and GMOs were just a plan signed by President Harry Truman with certain ETs allowing the “elite” to carry out highly technological experiments with intelligence gained from these ETs in exchange for turning a blind eye when certain humans were abducted for the purpose of ET experiments.

The public will also understand that we have the power for a change and we are not helpless, as we have been programmed to believe. We, humans, have an enormous potential and creative power that not only can create chaos in the world, but also restore harmony and peace.

Although NASA will assert that the possibility of alien life is improbable, we must remember those who have lost their lives trying to break down this delusion, and raise awareness of the actual truth.

William Cooper’s full disclosure is featured in the video below: