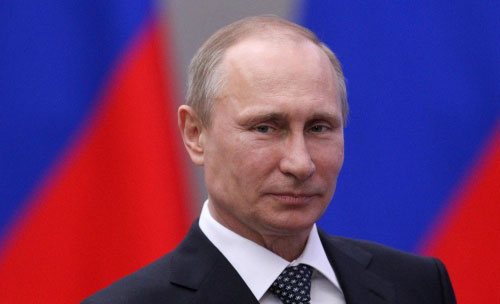 Many say that Vladimir Putin is a leader abhorring war, wanting global peace and stability, respect for rule of law principles, mutual cooperation among all nations and multi-world polarity.

There are a lot of people reckoning that Putin seeks no country dominating others, exploiting them ruthlessly, wanting dominion over planet Earth, a prescription for endless wars of aggression, the American way, not his way.

The Western media characterizes them as being Russophiles, or even Kremlin agents. That is because these people also use to condemn the horrors USA inflicts on other countries – so much human misery for so long.

“The situation is changing. I think, it is not a secret now. Everyone can see many our counterparts prefer using norms of the international law, as the balance in the world is restoring gradually.”
“The attempts to establish the uni-polar world have failed. We now live in a different dimension.”
“We, I mean Russia, always followed the understanding that while protecting own national interests we should respect interests of others. This is how we shall develop our relations with all our counterparts.”

Today, people “listen to those whose voice is loud enough to be heard. But if this is a minor element in the international relations, then, of course, a good face is possible, but the game anyway won’t be good towards those who are not considered sufficiently big partners.”

Given America’s rage for dominance, Putin’s view of uni-polarity’s demise may be premature, at least any time soon.

It clearly failed, its obituary yet to be written, its demise unlikely soon enough to suit millions yearning to be freed from its scourge.

Hopefully, we will live long enough to see US supremacy, its self-styled exceptionalism, its indispensable nation nonsense vanish from the landscape like a bad dream – its endless wars of aggression with it, an era of peace and stability replacing it.