Many people rely on pharmaceutical drugs to treat the flu and their colds, but there are natural medicines that can beat these illnesses. 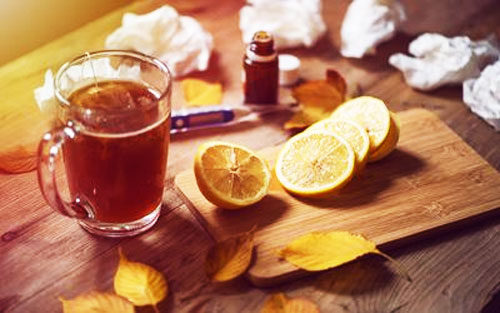 Elderberry. This berry can boost immunity and inhibit viruses from penetrating cells, preventing them from replicating. Elderberry is a great natural remedy for colds because it helps speed up the recovery period, making it closer to two to three days compared to seven to eight days on a placebo, according to the results of a study published in the Journal of Alternative Complementary Medicine.

Additionally, a placebo-controlled study also found that elderberry can relieve congestion, fever, headache, and cough in only two days. A study published in the Online Journal of Pharmacology and Pharmacokinetics showed that elderberry was as effective as, or even better than antiviral drugs for the flu. In the journal Nutrients, a double-blind study suggested that airplane travelers who consumed elderberry had 52 percent fewer days with a cold and experienced 58 percent milder symptoms.

Vitamin C. Vitamin C is well-known for its ability to prevent and treat colds. A study published in the European Journal of Clinical Nutrition found that taking 500 milligrams (mg) of vitamin C each day can lower your risk of catching a cold by as much as 70 percent. A review of studies on vitamin C published in the Scandinavian Journal of Infectious Diseases revealed that one to eight grams (g) of vitamin C could reduce the length and severity of colds by 23 percent. In another study published in the journal Nutrients, vitamin C supplementation for eight weeks reduced the risk of colds by 45 percent and shortened the cold duration by 59 percent.

Andrographis: A plant native to South Asian countries like India and Sri Lanka, andrographis is an effective natural remedy for colds and the flu. Placebo-controlled studies have shown that the herb significantly improves runny nose and sore throat in only two days. A study published in the journal Phytomedicine revealed that andrographis could even improve cough, headache, earache, and fatigue in four days. Another study published in the same journal also suggested that andrographis can prevent colds. In this study, 107 children took andrographis or a placebo for three months during the winter. Those who took the herb were found to be less likely to catch a cold.

Probiotics: Probiotics can also help fight colds. In a study published in the journal Therapeutic Advances in Respiratory Disease, students under the stress of exams suffered fewer colds and flu when they took probiotics instead of a placebo. Consuming probiotics can also help people recover from respiratory infections, according to a study in the European Journal of Clinical Nutrition.

Other natural remedies for colds and the flu

In addition to taking herbal medicines, there are other natural remedies that help fight colds and flu. These include:
• Staying hydrated by drinking water, juice, clear broth, or warm lemon water with honey.
• Having enough rest.
• Gargling with a saltwater solution.
• Sipping warm liquids, such as warm apple juice, soup, or tea.
• Adding moisture to the air using a cool mist vaporizer or humidifier.

A complete list of alternatives to the Google search engine