As society becomes more deranged by the day

by Mike Adams, the founder of the Natural News website 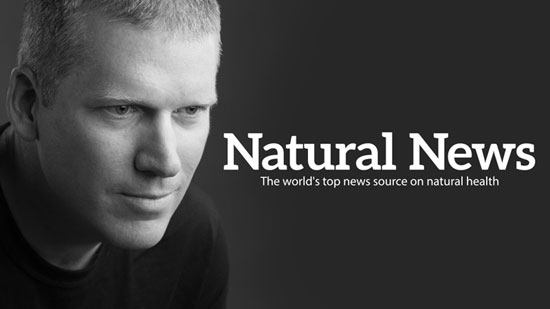 In the wake of Google’s outrageous censorship of the entire Natural News website, a wave of vile, repugnant attacks have been launched against this website and me personally in the spring of 2017.

Many of the attacks seemed complete deranged, coming from actual lunatics who were possessed by anger. But that’s not all that we’re witnessing. The display was an astonishing demonstration of the chemical violence that has been committed against the citizens of this world by the pharmaceutical and chemical cartels.

What was really on display was just how deeply so many minds have been poisoned by chemical medication, mercury in vaccines, fluoride, pesticides and other toxic chemicals that distort cognitive function. Even more importantly, most of the people spouting the vile hatred against Natural News are, by definition, victims of that poisoning.

They’ve been poisoned by fluoride in their water, which is scientifically proven to lower IQs and disrupt brain function. They’ve been poisoned by mercury in vaccines, a toxic brain-damaging heavy metal. And they’ve had their brain chemistry permanently altered by a wide assortment of mind-altering medications, from antidepressants to psychotropic drugs and even antibiotics which destroy gut flora and further distort healthy moods and brain function. (Yes, gut flora has a huge impact on brain health.)

Because of this systematic poisoning, they’ve lost the ability to behave in a civil, rational manner and are acting out their lower brain stem functions which include anger, rage and violence. They have lost their free will to the powerful chemicals that have distorted and destroyed their ability to think. You might even say they’ve been turned into “pharma zombies.”

Anyone who has watched a zombie flick knows how zombies operate: They attack in mindless hoards, seeking to inflict maximum destruction and violence on their intended targets. This is a perfect description of those engaged in the wave of attacks from 2017 against Natural News: mindless, deranged, unhinged, venomous, even reptilian.

Although I don’t normally cite scripture in my work, the more I pondered this, the more I realized that the Christ-like thing to do would not be to condemn these people but to forgive them.

These people with poisoned minds didn’t realize I was and still am trying to save them from the mental poisons that have already brought them so much harm. They have already become so poisoned and deranged that they couldn’t discern the difference between those who are poisoning them (medications and chemicals) vs. those informations who are trying to save them (Natural News and the Health Ranger).

They were and are caught in a cycle of self-poisoning, mental destruction and derangement, and they can only lash out in vile hatred toward those they see as rejecting their zombie hoard. Zombies rarely attack each other, remember: They attack others who are not yet turned into zombies.

Most of society has been poisoned beyond all reason

The vile anger, derangement and hatred being directed at Natural News is only a tiny part of the bigger picture, however. In truth, most of the minds across modern society have been systematically poisoned, too.

This explains the extreme derangement, hatred and delusional thinking we’re witnessing across society as a whole. It’s part of why everywhere you look, you see extreme anger, conflict or violence. Thanks to brain-damaging chemicals, society has ceased to exist as a place of civil discourse. It has now devolved into a cage match of venomous hatred, brain-numbed irrational “arguments,” and personal smears as a kind of journo-terrorism “sport.”

This is far from what the internet used to be when I started writing columns and challenging people to think critically about all the media lies they’ve been force-fed by the fake news establishment. While my own work – and the maturity of my audience – has only increased and become more thoughtful and informed over the years, the society in which we operate has become increasingly devolved, animalistic and deranged.

My conclusion in all this is that these are signs of the end of an era and a collapse of society as we know it. Throughout history, the collapse of civilizations has often been preceded by the same kind of derangement and insanity we’re witnessing right now across society.

Knowing that such a collapse is coming, I’m thinking seriously about refocusing Natural News on preparedness and survival articles to help our millions of readers take care of all the last-minute items before society starts to really unravel.