New research exposes the risks of geoengineering to artificially intervene in global warming: It may devastate the planet 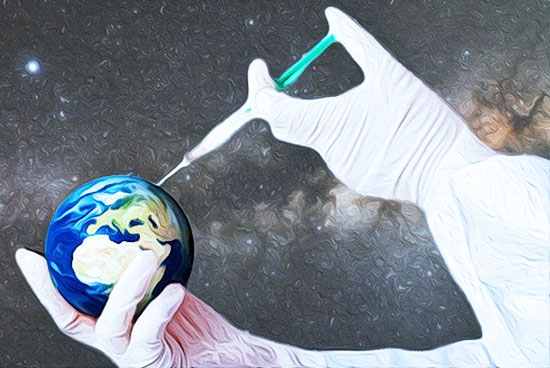 Geoengineering, also known as climate engineering, is exactly what it sounds like. This engineering involves using technology to manipulate the climate system and counter the effects of global warming. Though sound in theory, researchers from the University of Exeter have discovered that the application of geoengineering in one hemisphere could lead to massive damage in another.

For their study, the team focused on stratospheric aerosol injection, wherein aerosols are artificially introduced into the atmosphere. The presence of aerosols reflects back sunlight before it can reach the Earth’s surface, essentially cooling the planet; a technique not unlike the aftermath of volcanic eruptions.

According to ScienceDaily.com, the team utilized simulations with a “fully coupled atmosphere-ocean model” to study the effects of stratospheric aerosol injection on storms in the North Atlantic. They found that by doing so, they could decrease tropical cyclone activity – which has been linked to destructive storms such as Hurricane Katrina. Unfortunately, this approach could simultaneously increase the chances of drought in the Sahel, an area between the Sahara to the north and the Sudanian Savanna to the south.

By contrast, the researchers found that injecting aerosols into the atmosphere above the southern half of the planet greatly reduced drought in some parts of Africa, the Sahel included. However, the frequency of tropical storms in the Atlantic grew as a result. “Our results confirm that regional solar geoengineering is a highly risky strategy which could simultaneously benefit one region to the detriment of another”, said Dr. Anthony Jones, lead author of the study and climate expert at the University of Exeter. “It is vital that policymakers take solar geoengineering seriously and act swiftly to install effective regulation”.

Forget “effective regulation”, this study is even more proof that climate hacking is anything but a bright idea. There’s simply no good to be had from messing with Mother Nature. Even if one could determine the best points for shooting aerosols into the atmosphere (as a series of separate yet similar studies have demonstrated), gauge the ideal amount of sulfur dioxide, and balance out cooling differences between the poles and the equator, there will be consequences. Extreme meteorological events like heat waves and hurricanes, and changes to power generation and water scarcity, are just some of them.

Plus, as Pacific Northwest National Laboratory climate scientist Ben Kravitz pointed out, keeping the planet cool would require multiple megatons of aerosols annually. Is bending the weather to your whims worth all that? Not in the least.